This Company Will Pay For Your Wedding, And They're Hiring

"Free snacks get old," Chieh Huang, founder of the wholesale startup Boxed, told The Huffington Post. That's why he's made a point of offering perks that his employees actually need. After announcing last year that Boxed would pay for employees' kids to go to college, the Costco-like retailer announced this week that they'd be adding funded weddings to their list of benefits. That's right—this company will foot the bill for its employees' weddings, up to $20,000.

This new perk will relieve a major financial stress for many of the company's workers, including Marcel Graham, a 26-year-old working as a packer in the company's Edison, New Jersey fulfillment center. Prior to this announcement, Graham had been working seven days a week, two shifts a day to pay for his wedding in addition to covering his mother's medical bills. When the stress of it all caught up with Graham, causing him to cry at work, Huang knew what he needed to do. "We had to step in and do the right thing," he told The Huffington Post. 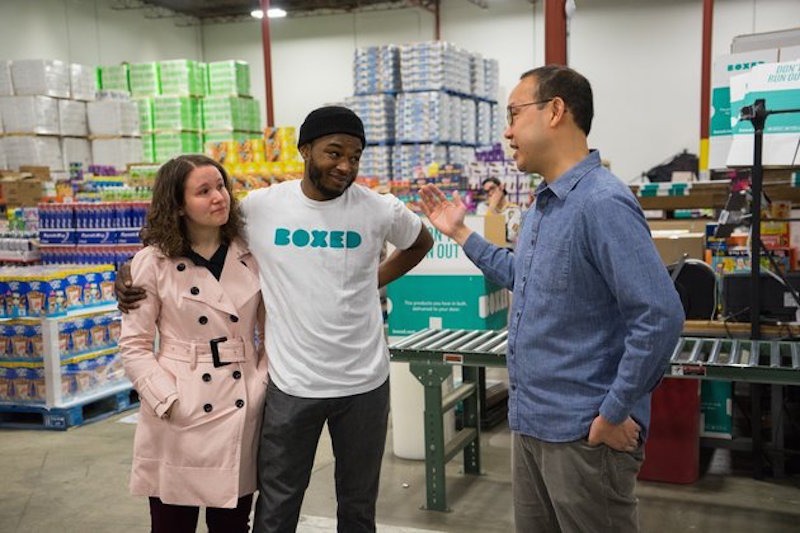 The new funded wedding benefit will be extended to all of Boxed's 125 full-time employees, many of whom work in fulfillment centers for an average wage of $14 an hour. With the average cost of a wedding in the United States hovering around $20,000, "Even if we doubled wages, they wouldn't be able to pay" that amount, Huang said.

As for Marcel Graham, he said in a press release, "It was overwhelming, that Boxed would pay for my wedding. I was in tears, and so was my fiancee. It just makes me feel that they appreciate my work here."

Mazel to the happy couple on their upcoming nuptials, and...can I get a Boxed application, please?