Netflix knows which shows you're devouring faster than your 2am weekend pizza.

The patron saints of procrastination themselves strike again with new information that reveals which television genre alter binge-watchers most consistently worship at.

Hint: It's the title of a Michael Jackson song.

That's right, the "thriller" category is the fastest streamed genre on Netflix.

Netflix created a 'binge scale' to demonstrate the categories that eat away most of your time. 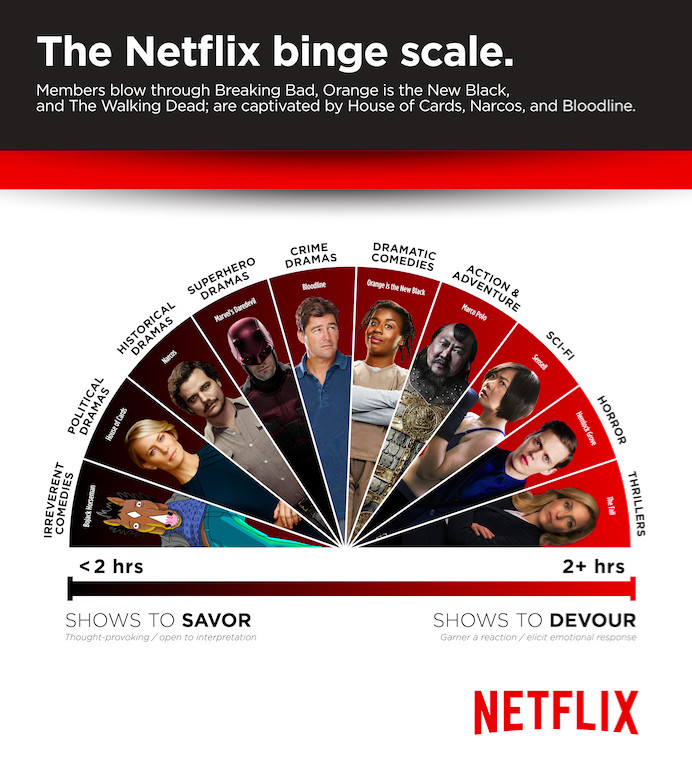 This is a scale whose numbers won't make you cringe.

While viewership data is still something Netflix is reluctant to release, they did unveil the most watched thriller shows. 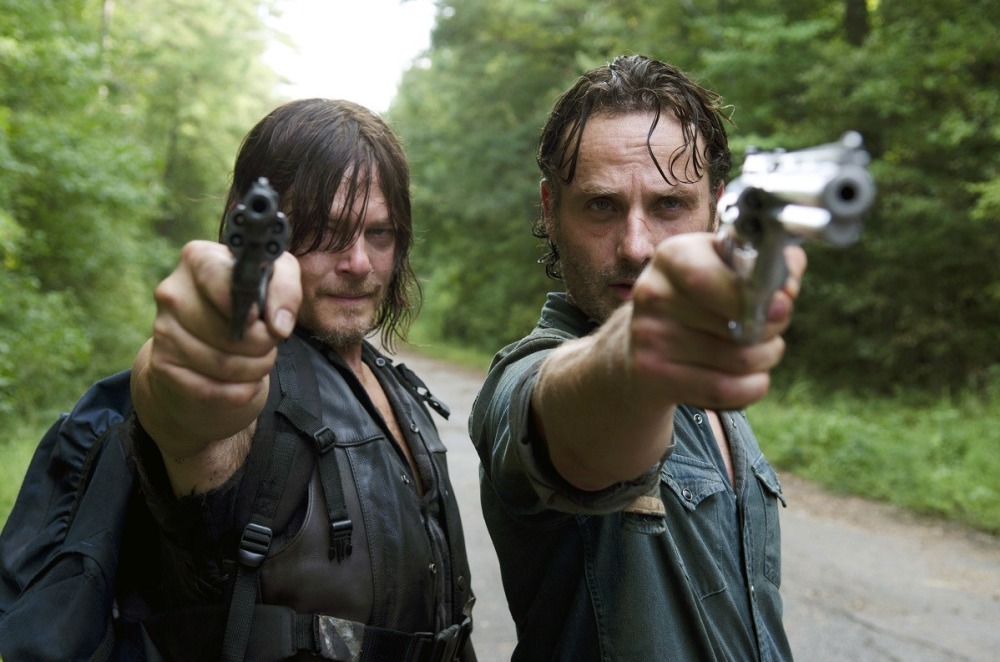 And based on their critical acclaim and on-screen popularity, they're probably exactly what you'd think.

Netflix conducted an internal study of 100 shows, and the service said they found that shows in the thriller, horror, and sci-fi categories were prone to be the subject of extreme binge-watching by viewers. 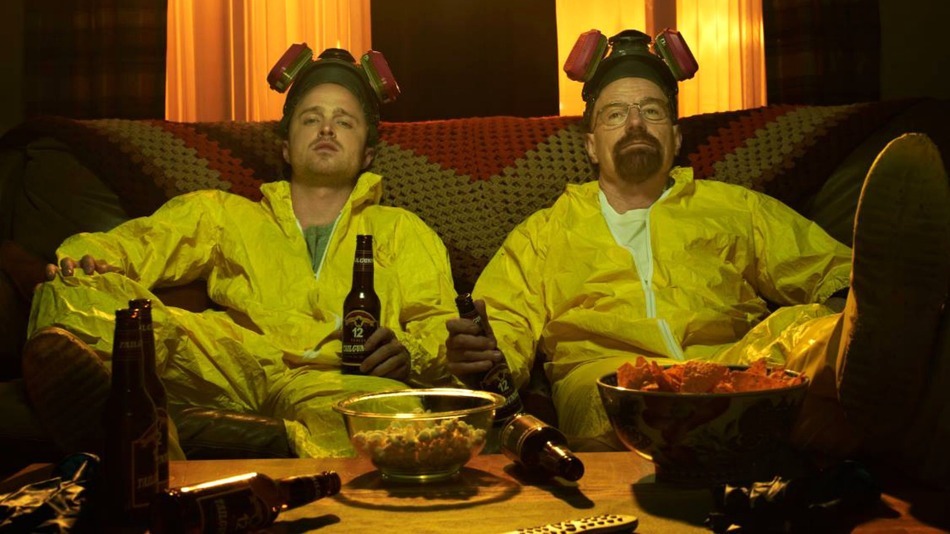 The New York Times reported that shows such as "Breaking Bad," "The Walking Dead" and "Orphan Black," are more likely to be viewed for 2 hours and 30 minutes per day, with seasons being finished in about four days.

According to the study, history, politics, and comedy are most viewed in small doses.

Comedies, political dramas and historical dramas were more likely to be watched in shorter increments of time, about an hour and 45 minutes per day, with seasons being finished in about six days.

The most popular shows in these categories include "Unbreakable Kimmy Schmidt," "House of Cards" and "Mad Men."

So basically if you're looking for sci-fi nerds and adrenaline junkies they're probably watching Netflix.

They're getting more pumped for that 'next episode' countdown than they are for ComicCon or bungee jumping off a volcano.