Time to come together, everyone.

On Monday night, the Associated Press announced they were ready to call Hillary Clinton as the Democratic Presidential Nominee.

The call came after the AP tallied both delegates and superdelegates, which put Hillary at the 2,383 number necessary.

Superdelegates don't officially vote until the Democratic Convention on July 25, but they are free to support who they choose and have historically backed the candidate in the lead.

Hillary is certainly in the lead with elected delegates, the above tweet shows that she has almost 300 more delegates pledged to her by votes than challenger Bernie Sanders. Even more important though, as Nate Silver at FiveThirtyEight points out, Hillary has far outranked Bernie in the popular vote, receiving 13.5 million votes to Bernie's 10.5 million.

Needless to say, Bernie supporters weren't too happy with the decision.

People, unsurprisingly, accused the AP of being unethical and being in the pocket for Hillary, a refrain heard from a loud segment of Bernie supporters through the entire campaign. 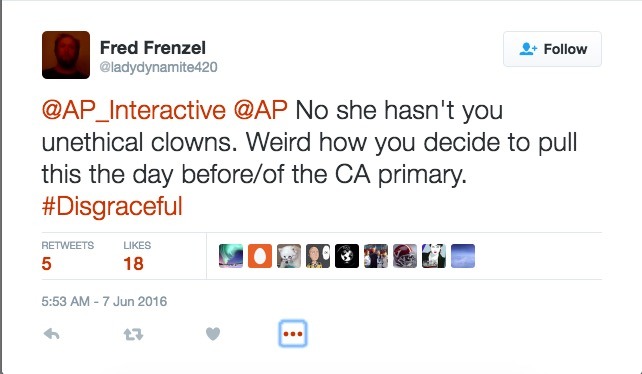 The backlash isn't completely surprising, as the decision by the AP, and several other news sources following, to call the race was certainly divisive.

Superdelegates have been controversial for this entire race, with Bernie and his supporters originally claiming that the system of superdelegates itself was rigged and undemocratic, he's now singing a different tune, hoping that those who support Hillary Clinton will flip their allegiance before the convention and support him.

That decision seems very unlikely, since again, superdelegates are most likely to support the candidate who has gained the support of the public.

For its part, the Sanders campaign isn't backing down, and released the following statement after AP's call.

The fact remains however, that even after the primaries on Tuesday, Clinton will more than likely have the vast majority of elected delegates, as well as that lead in the popular vote. 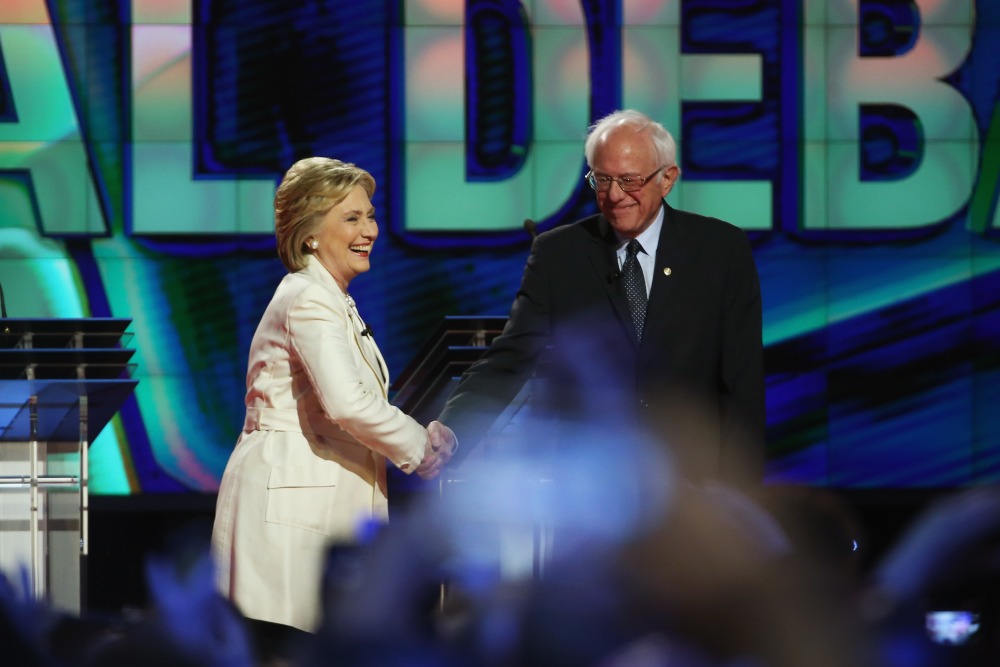 According to FiveThirtyEight, Sanders would have to win California by 20 points, which would be the biggest polling upset in history, and he would still trail Clinton in both delegates and votes.

So yes, it's time for Bernie Sanders and his supporters, who have fought a very good fight, to come together behind the Democratic Nominee for President.

Bernie has the chance to make a decision on if he will gracefully step aside and allow Hillary to put all her focus on a general election fight to keep Donald Trump out of the White House, or if he will stay in the race even longer, potentially fracturing the party further.