Every single one of these boss-lady emojis would earn less than her dude-moji counterpart. 💸

Now this emoji businesswoman can earn 78¢ on the dollar, too.

The Internet is abuzz with news of a proposal to add 13 new emojis depicting women in the workplace. Which on one hand is great, since before this the only "career" options for emoji women were flamenco dancer, princess, and...bride. Dudes get police officer, detective, and SANTA CLAUS—and I have to be a dancing bunny who can't even get a solo act (👯)?!

While well overdue, this move is in keeping with Unicode Consortium's efforts to show more diversity in the emoji-verse. In 2015, the emoji-lords gave us gay couples, same-sex families, and a variety of skin tone options. Now they're expanding their representations to include women (and men) with real grown-up jobs.

I'd be psyched if these new emojis didn't also highlight the big bummer issue here. While the codes to create male and female versions of these professionals are nearly identical (woman+tractor=farmer, man+tractor=farmer), their real-world pay would be far from the same. According to the Department of Labor, women make up nearly half the total US workforce but earn less than men in every single industry across the board.

Their codes are nearly identical, but their pay would be far from equal. 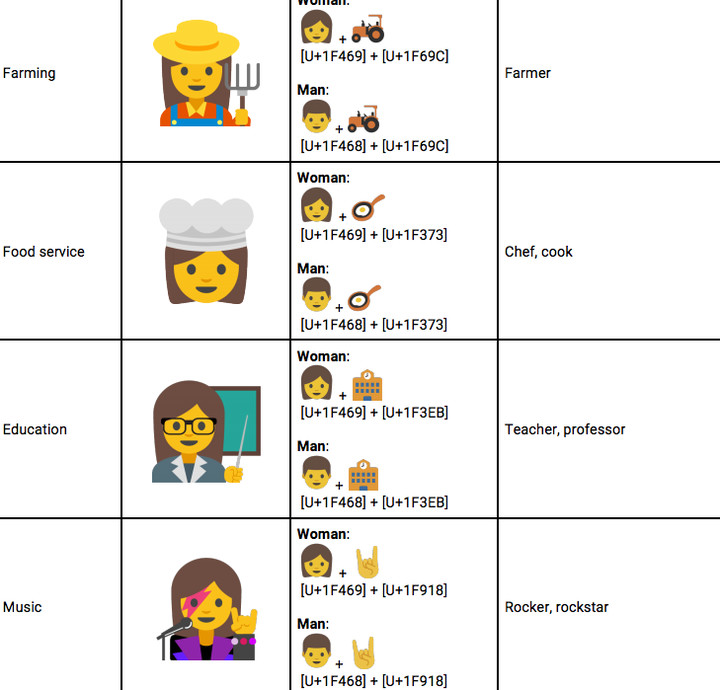 Every single one of these boss-lady emojis would earn less than her dude-moji counterpart. 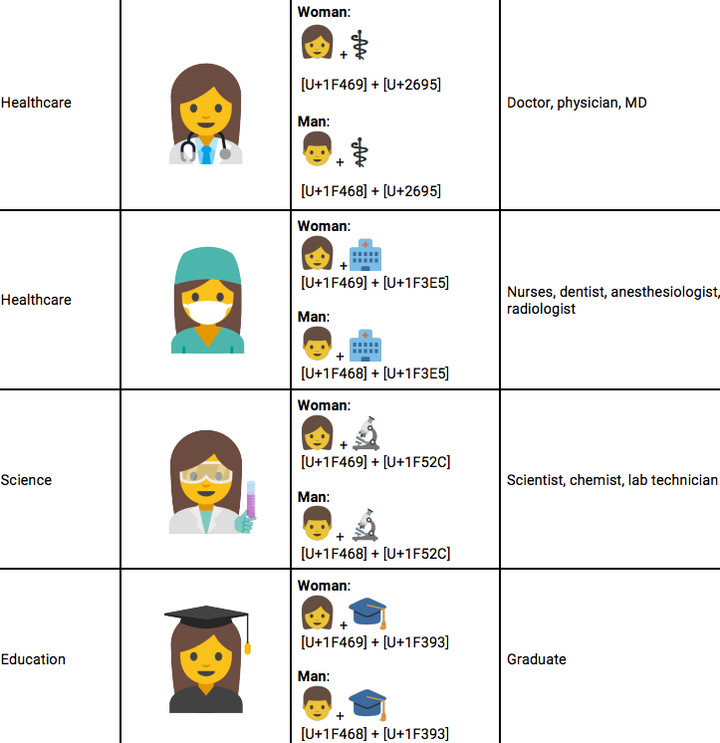 So thanks for the inclusion, emoji-lords. But please...