On Hollywood's biggest nights the stars looked fab, and as per usual there were some fabulous celebrity moments but TBH, the 2016 Oscars seemed to be a big miss more times than not.

But not to fear, it is my finest innate ability to find good in awkward and weird situations and here are 11 such moments from the 2016 Oscars. Never forget Morgan Freeman and his fiery passion for Girl Scout Cookies.

1. When Jacob Tremblay showed up with his super hot parents

I guess we should have expected it considering what a little charmer their son is, but Jacob Tremblay's parents fit right in with all those Hollywood A-listers.

2.  When Charlize Theron got real about why she even comes to these parties

3. When Chrissy Teigen summed up all our feelings with this face 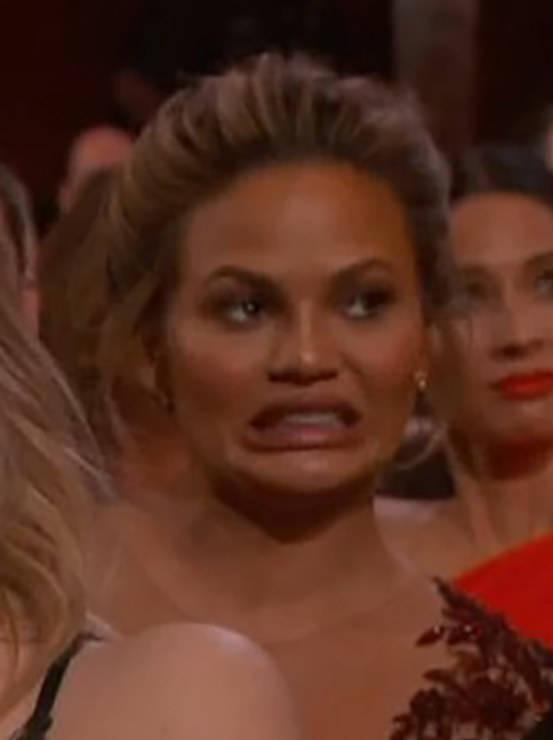 I truly do understand the outrage over the lack of black Oscar nominees and I appreciated the Academy's push (via Cheryl Boone Isaacs) toward diversity in the future. And I enjoyed some of Chris Rock's #OscarsSoWhite jokes, but here's the thing, he beat a dead horse and then got another dead horse and beat it with all the jokes and not-so-subtle jabs, and that's exactly what Chrissy's face is telling us here.

4. When Kohl's taught us how to say "Thank you" in everyday life

5. And speaking of ads, how about this heartwarming charmer for Android!

6. Jenny Beaven, Oscar winner for her costume designs on "Mad Max: Fury Road," somewhat infamously got a lot of shade for her Oscars outfit

But let's be honest here, this badass woman wore what she felt comfortable in, and that's what really matters, right? I mean, SHE WON AN OSCAR and plenty of people in that room with fancy dresses didn't. So, she's literally still the winner. 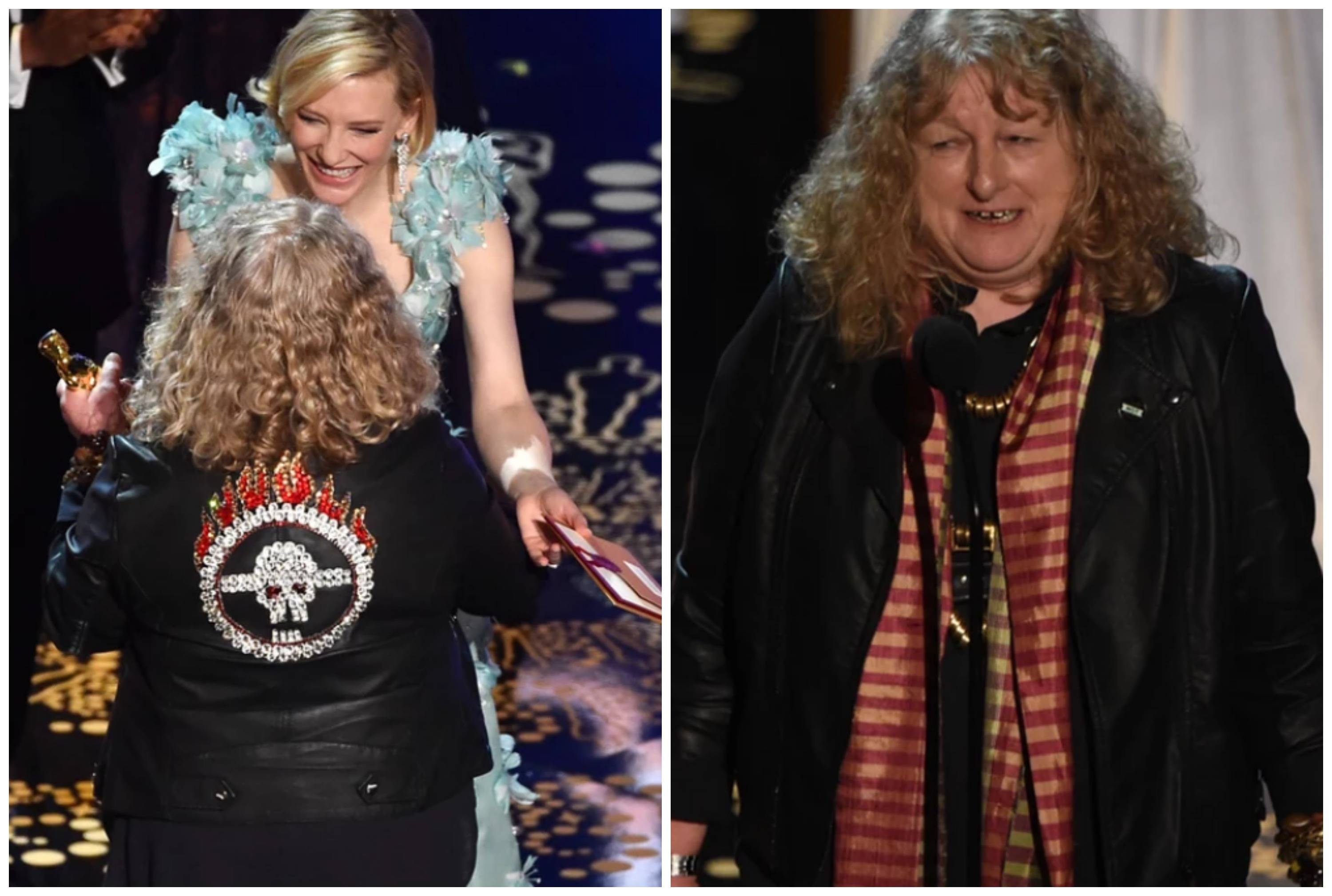 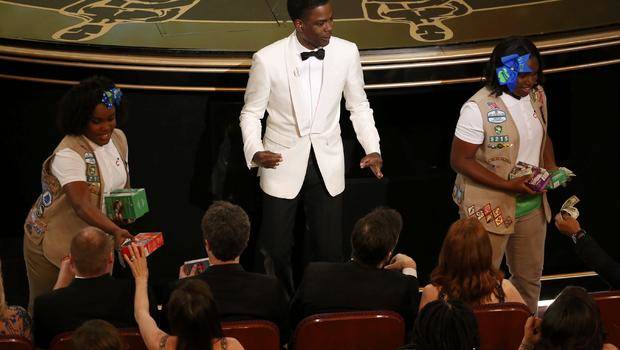 That's right, Chris gave his girls a shout out on Hollywood's biggest night and made everyone in the audience happy with Girl Scout Cookies. Oh and in the end, they made a cool $65,000, NBD.

8. When Joe Biden (AKA THE GD VP) showed up to introduce Lady Gaga and speak out against rape culture 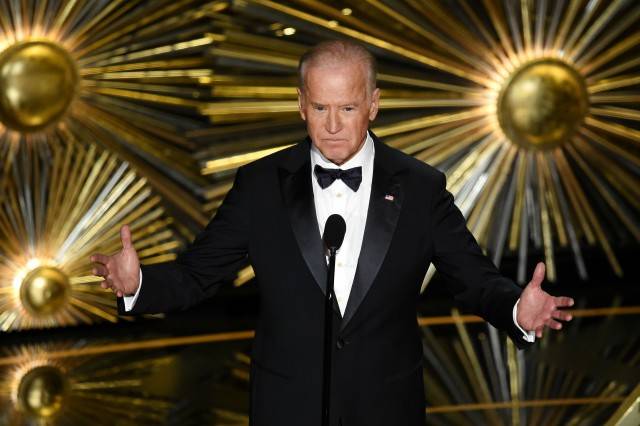 But really, who knew that this was going to happen? JOE, JOE, JOE! I'm still in shock at this amazing cameo, clearly.

And to top off that excitement, Lady Gaga came out and moved us (and everyone in the audience) with her powerful ballad and her mass of strong survivors.

9. When Louis C.K. proved maybe he should have been the host

10. When Kate watched in adorable awe as Leo made his acceptance speech

Kate and Leo are the cutest non-couple couple in Hollywood's history.

11. Oh and let us never forget when Morgan Freeman came for one reason, and that reason was Girl Scout Cookies

He finishes presenting the biggest award of the night (but I get it, it was "infomercial late") and he's ready to GET OUT, but not before grabbing one polite cookie, but TWO cookies like the boss he is and peacing out as Chris is still talking.