Ever Tried To Read A Novel Made Of Only Punctuation? This Guy Did

Punctuation is an art in itself.

Have you ever wondered what your favorite novel would look like with the words removed and only the punctuation left over? No? Me neither. 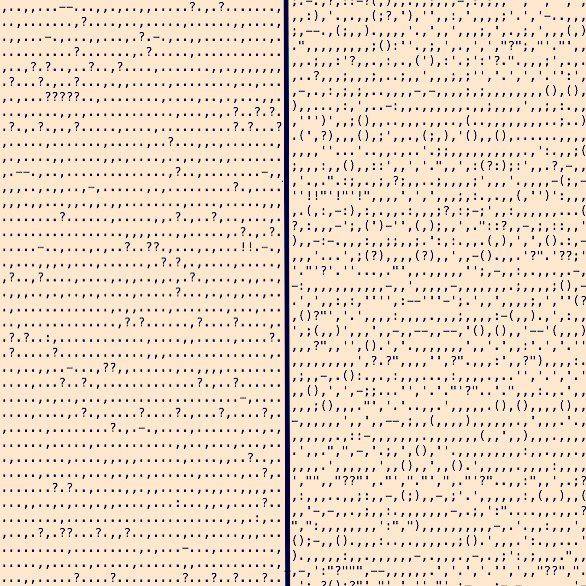 But here's a surprise: it's actually really cool and fascinating, and "neuroecology" practitioner Adam J Calhoun decided to map out punctuation usage in some of the great novels. The amount of commas versus periods, for example, shows how quickly the pace of the text may move, how statement-driven is the writing, etc. The photo above shows the difference between punctuation usage in "Blood Meridian" by Cormac McCarthy (left) and "Absalom, Absalom!" by William Faulkner (right).

As you can see, McCarthy's novel is heavy on period usage and not much else. This indicates the writer relied more on the short sentence (as also indicated by the relative lack of comma usage) than a more "complex" or intricate sentence structure. This is not to say the novel is not sophisticated. Faulkner's novel, however, is all about the comma, and this means the novel is more "breathless" - more quickly paced and densely structured with complex syntax and phrasing.

Here's how punctuation compares in seven more of the great novels. 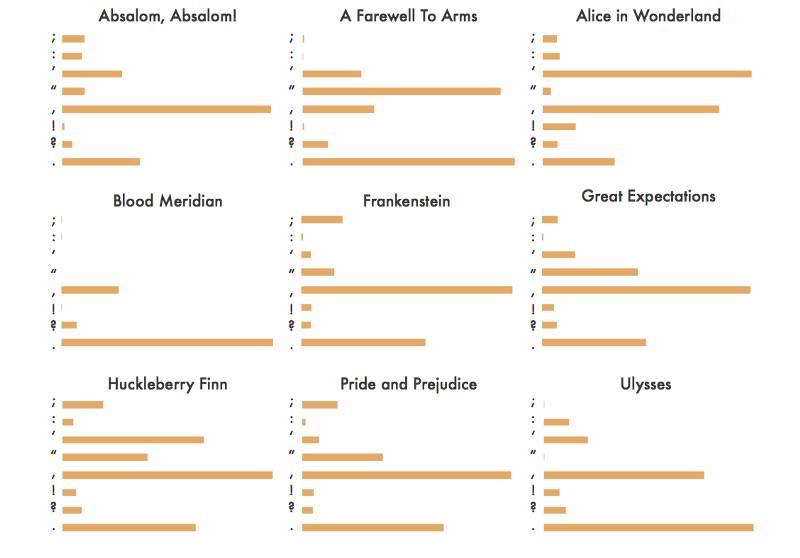 It shouldn't be a surprise that periods and commas are the most popular punctuation marks. It is interesting to consider, though, how much quotation mark usage varies. This is most likely due to differences in authors' stylistic choices. For example, in "A Farewell to Arms," Hemingway is fond of having his characters' speech placed in quotations, whereas Joyce prefers to have dialogue and speech be less distinct from the rest of the text in "Ulysses."

But how do these novels stack up in terms of words per sentence? 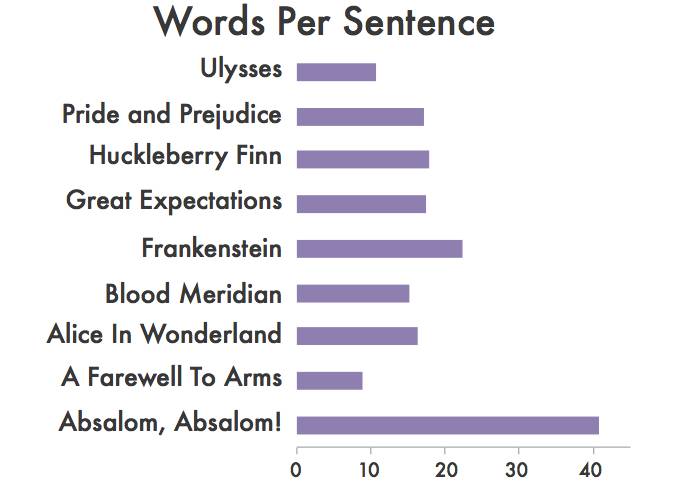 You can also think of these statistics as "words per period." When you think of it this way, it makes sense that "Blood Meridian" - which is heavy on period usage - would fall in the lower end of the "words per sentence" category.

For comparison, here's the word count per every single punctuation mark for the novels. 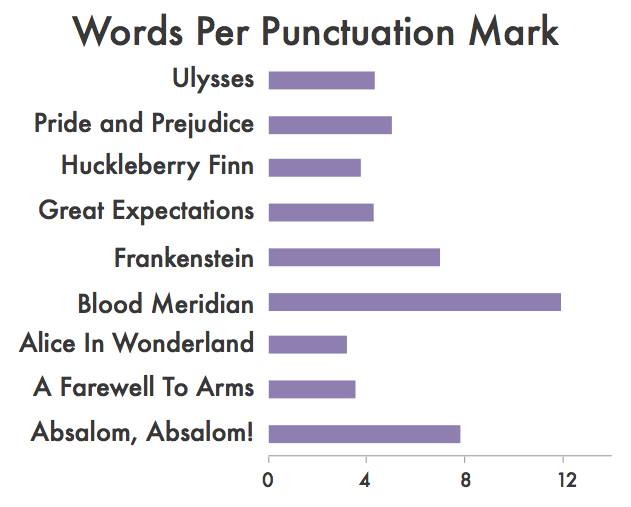 Once again, it makes sense that "Blood Meridian" would be on the higher end. Since McCarthy sparsely uses punctuation other than periods, the "words per punctuation mark" count will remain close to the "words per sentence" count.

It's important to note that punctuation usage in each novel is not uniform throughout. For example, here's a section from the eginning of "Ulysses": 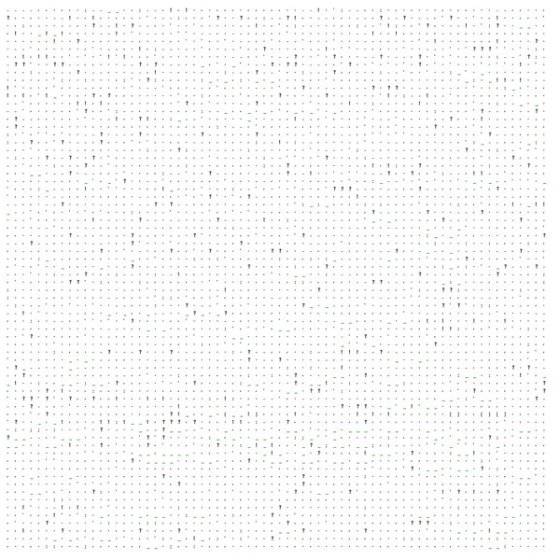 Compare that with a section from the ending of "Ulysses": 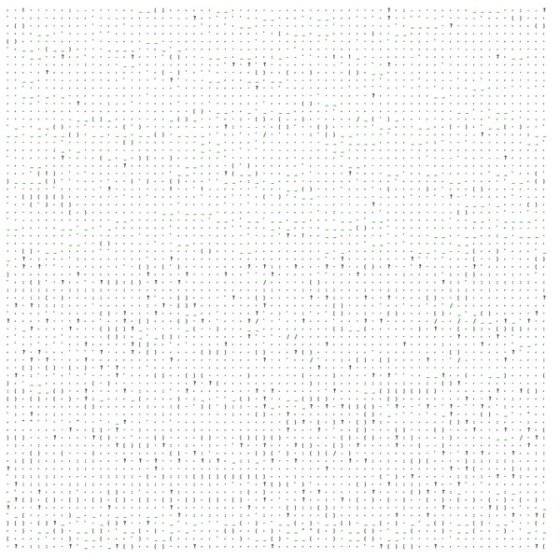 Quite different, no? If you're interested in mapping out a text of your own choosing, you can find the code Adam J Calhoun engineered to make the project possible here.