Kanye West debuted his new track "Famous" at his Yeezy Season 3 fashion show on Feb. 11, and seemed to inappropriately call out his "friend" Taylor Swift.

"Famous" is just one of the tracks off of Kanye's new album, "The Life of Pablo."

"I feel like me and Taylor might still have sex, I made that bitch famous," the lyrics stated in reference to the time he interrupted her 2009 VMA acceptance speech.

Taylor and Kanye repaired their relationship, but now it looks like it's Kan vs. Tay 2.0. The rapper reportedly asked Taylor to release "Famous." She refused because of the song's "strong misogynistic message."

To make it worse, Tay reportedly had no idea there was a lyric in there about her... awkward.

“Kanye did not call for approval, but to ask Taylor to release his single ‘Famous’ on her Twitter account," Taylor's publicist told EW in a statement. "She declined and cautioned him about releasing a song with such a strong misogynistic message. Taylor was never made aware of the actual lyric, ‘I made that bitch famous.’”

But you didn't think Taylor's squad would just sit back and let it all happen, did you? Her girl gang is fighting back and showing their support for their number one gal.

Model Gigi Hadid, who was at Yeezy Season 3, made it clear that just because she was at the show doesn't mean she supported the song.

Taylor's brother put Kanye in his place when he posted this video of him dumping his Yeezy sneakers in the trash. YAS.

You can get all the deets about that here!

Actress Jaime King, the mother of Taylor's godson, expressed her sadness over the whole ordeal.

And then there was "Orange Is the New Black" star Ruby Rose who said everything that we were thinking.

Since the outrage, King of Twitter rants Kanye has claimed that he was not in the wrong and that he never dissed Taylor Swift. Because of course he thinks that.

You can see the whole ridiculous Twitter rant below.

In typical Kanye fashion, he just couldn't hold back. 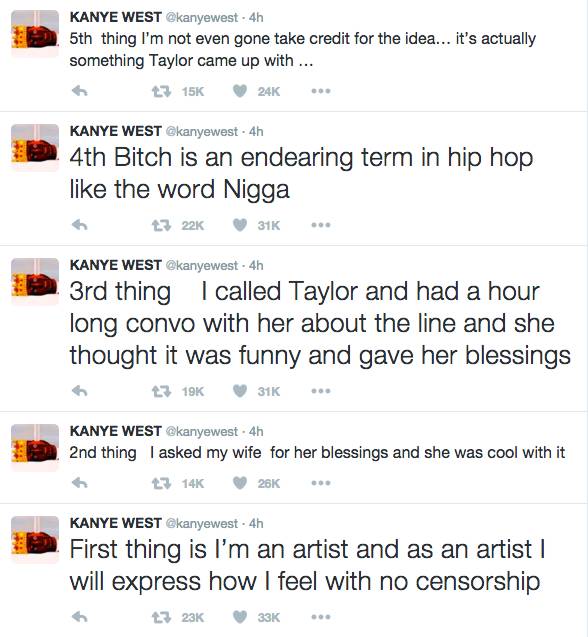 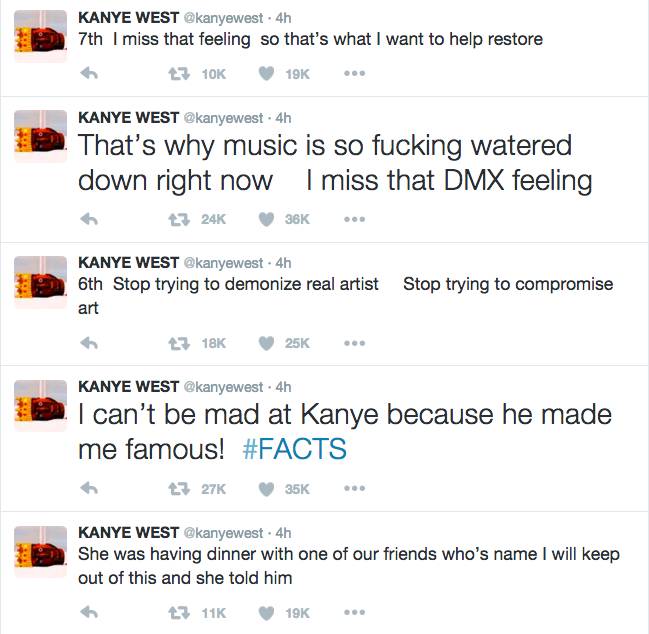 Watch out, Kanye. Keep it up and no one will buy "The Life of Pablo."