This Guy Witnessed Kangaroos Doing Something No One Was Prepared For

Nature sad awww Animals Australia photos Non-Premium
Photographer Evan Switzer was out for his usual morning walk on Queensland’s Sunshine Coast when he came across a heartbreaking sight: a male kangaroo and a young joey standing by a dead female. 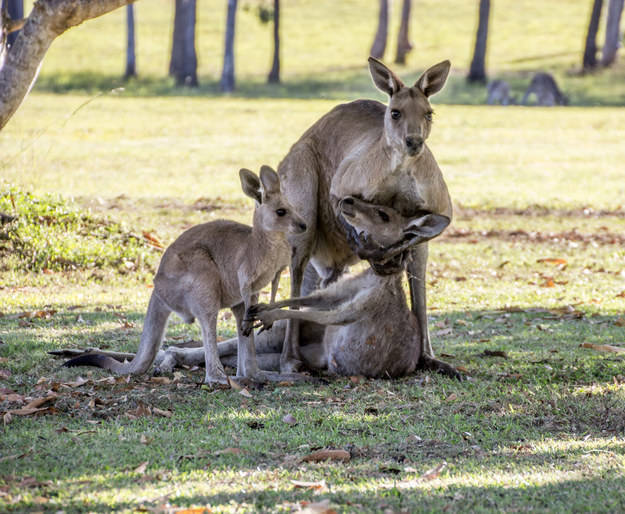 Switzer, 49, was walking his dog in River Heads when he noticed the adult male acting hostile towards other approaching kangaroos. Switzer recalls he was walking past the scene when he heard "a thump," and looked up to see the male cradling his partner's head.

“The male was standing over the female. He was trying to pick the female up. I sat there for a bit and thought this was pretty amazing,” he told BuzzFeed.

Switzer, a native Aussie and one who's seen a roo or two, was completely taken aback by the scene, recalling it as surreal. 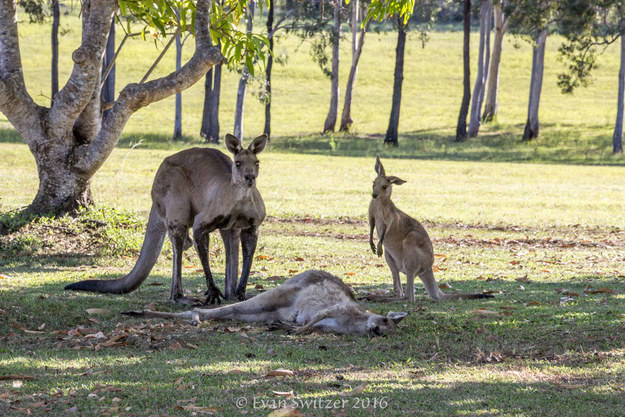 “It was like something you see in the movies. Where someone stands over a body and says ‘no, no. Please don’t die’. It was something amazing to watch. I’ve never seen it in wildlife before,” he said.

“I stayed around for quite a while. The three of them were there - the dead female, the male and the joey - other kangaroos came bouncing up to have a squizz, but the male chased them away.” 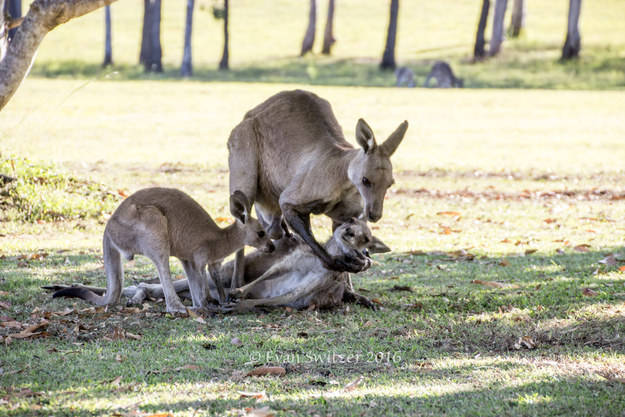 Switzer looked on as the adult male continued nudging the kangaroo, cradling her head every so often, as if he was wrestling with her loss.

To those unfamiliar with kangaroos, this behavior may not seem that unordinary, but make no mistake, it is. 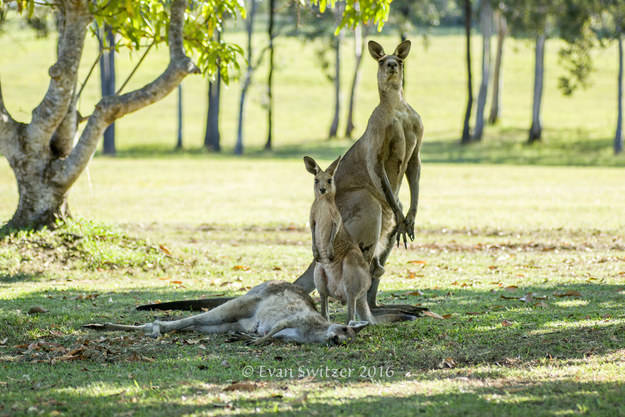 The young joey's concern for his mother's wellbeing is completely normal, considering she was his primary means of nutrition and care. However, it's extremely rare to see male partners exhibit such woeful mourning behaviors like the ones witnessed by Switzer.