Denis Medri is a comic artist and illustrator based in Medri, Italy. His series, STAR WARS 80's High School shows all the characters from the space opera classic as they would appear in a movie set in a typical 1980s high school. For the most part, it's pretty spot on. Overall, it's a cool idea and gives the movie franchise a fresh take. You can check out more of Denis Medri's work on his blog, Behance, and DeviantArt. 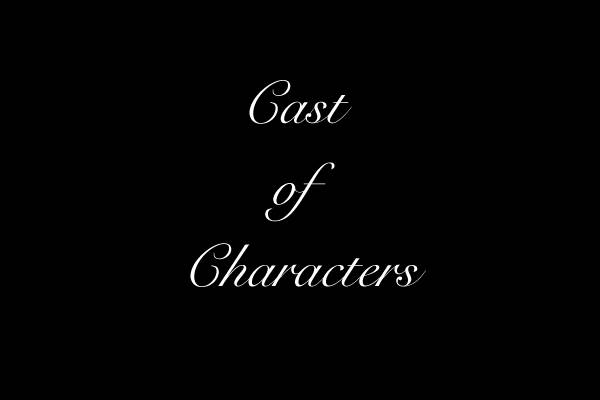 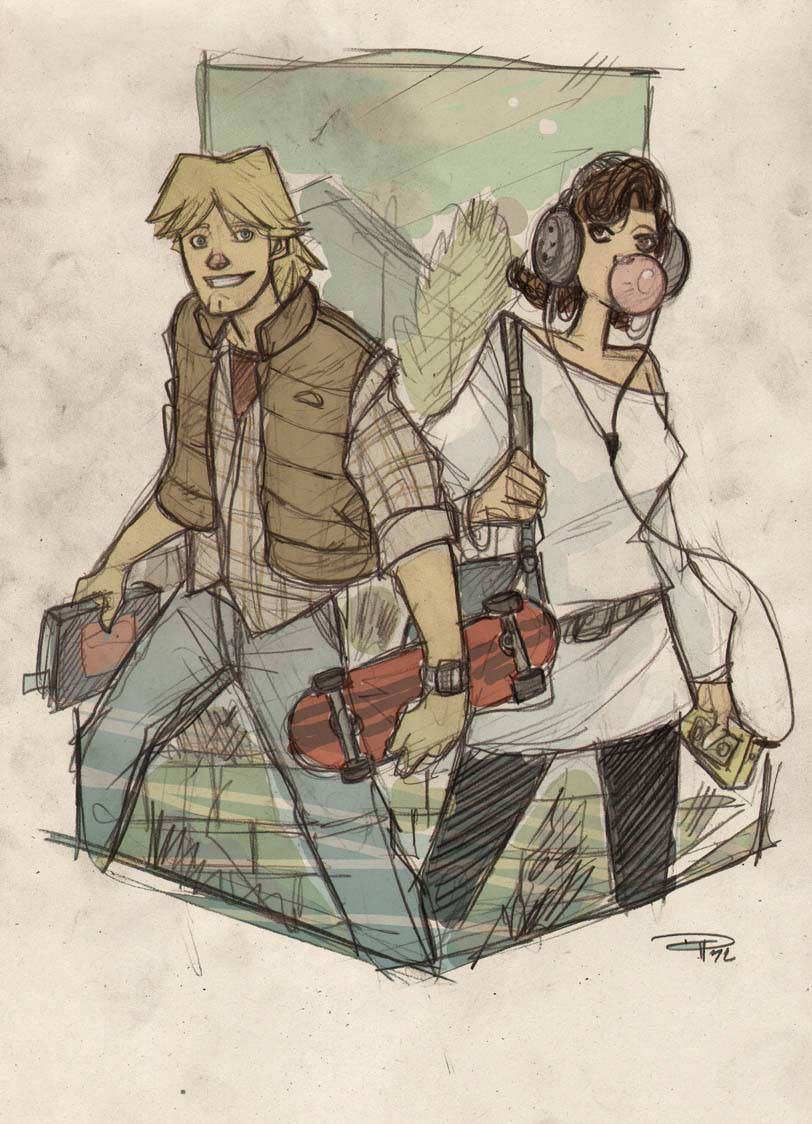 In this 80s high school, Luke is reminiscent of Marty McFly, and Leia is a cool, off-the-shoulder-sweater-wearing girl with huge headphones and a walkman. 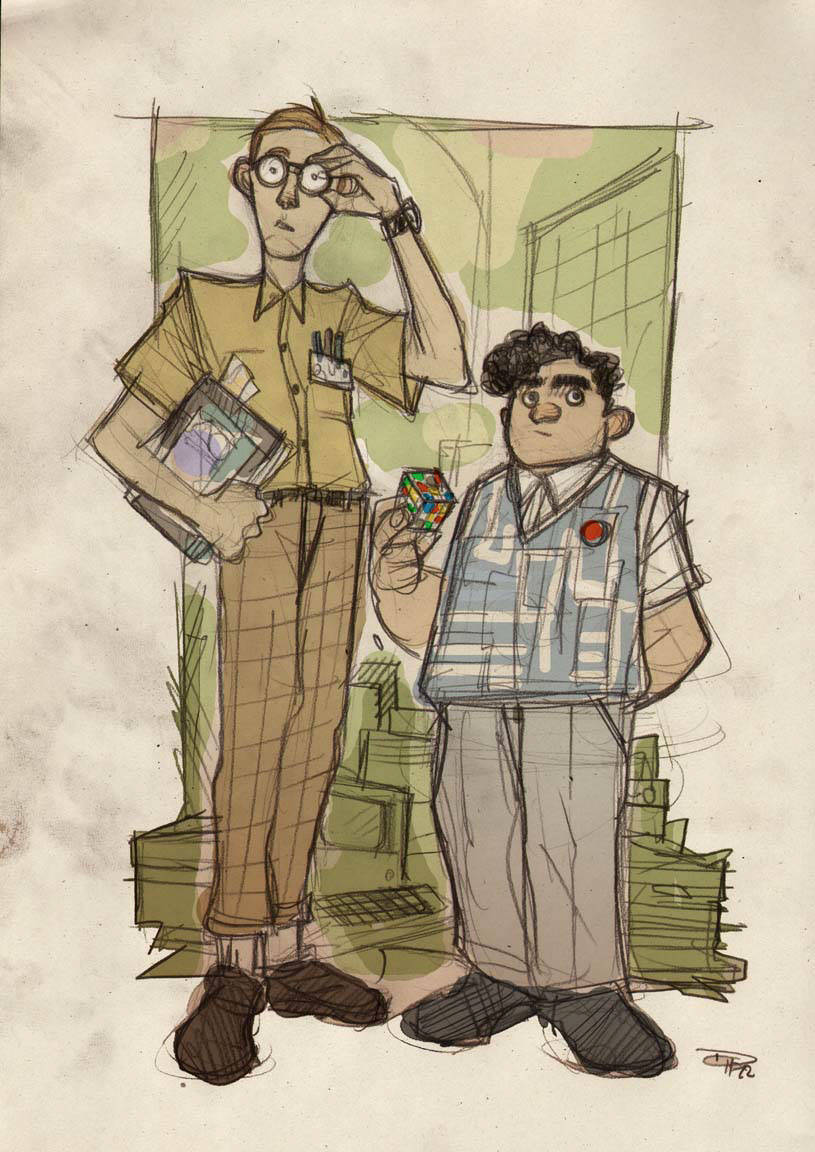 At this high school, the two robots play the classic nerdy kids–a couple of awkward brainiacs with a whole lot of heart. 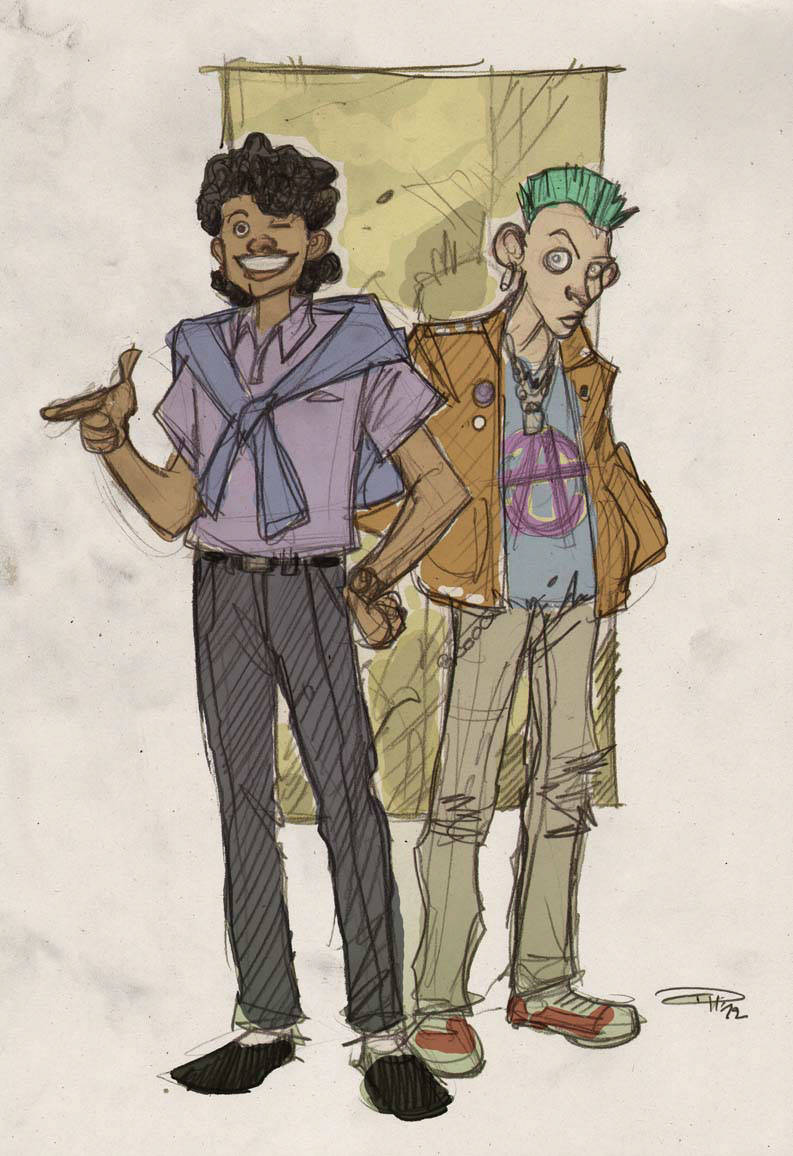 In some ways an unlikely pairing, but they've both been at Jabba's bidding at one time or another. I love Greedo as the punk kid and Lando as the prep. 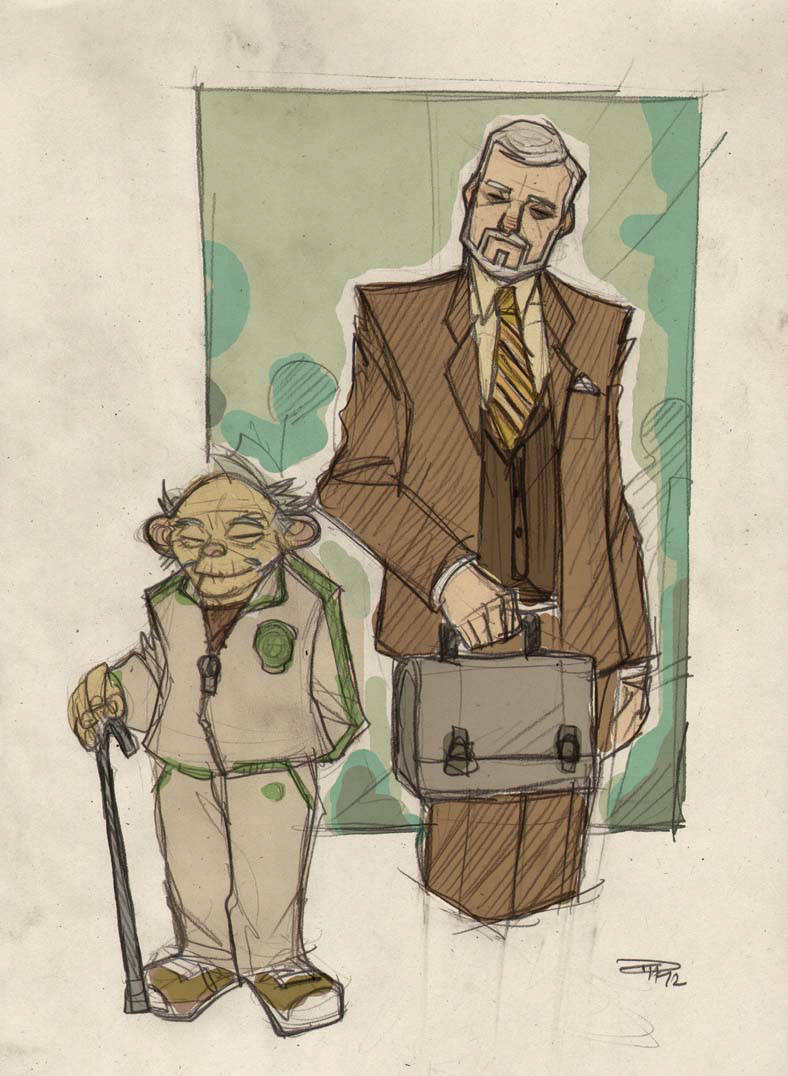 Yoda's the gym teacher (which is actually a really cool and refreshing interpretation of both 80s movie gym teachers and Yoda's role in Star Wars), and Obi-Wan plays a teacher on the side of Luke, Leia, and the other good students. 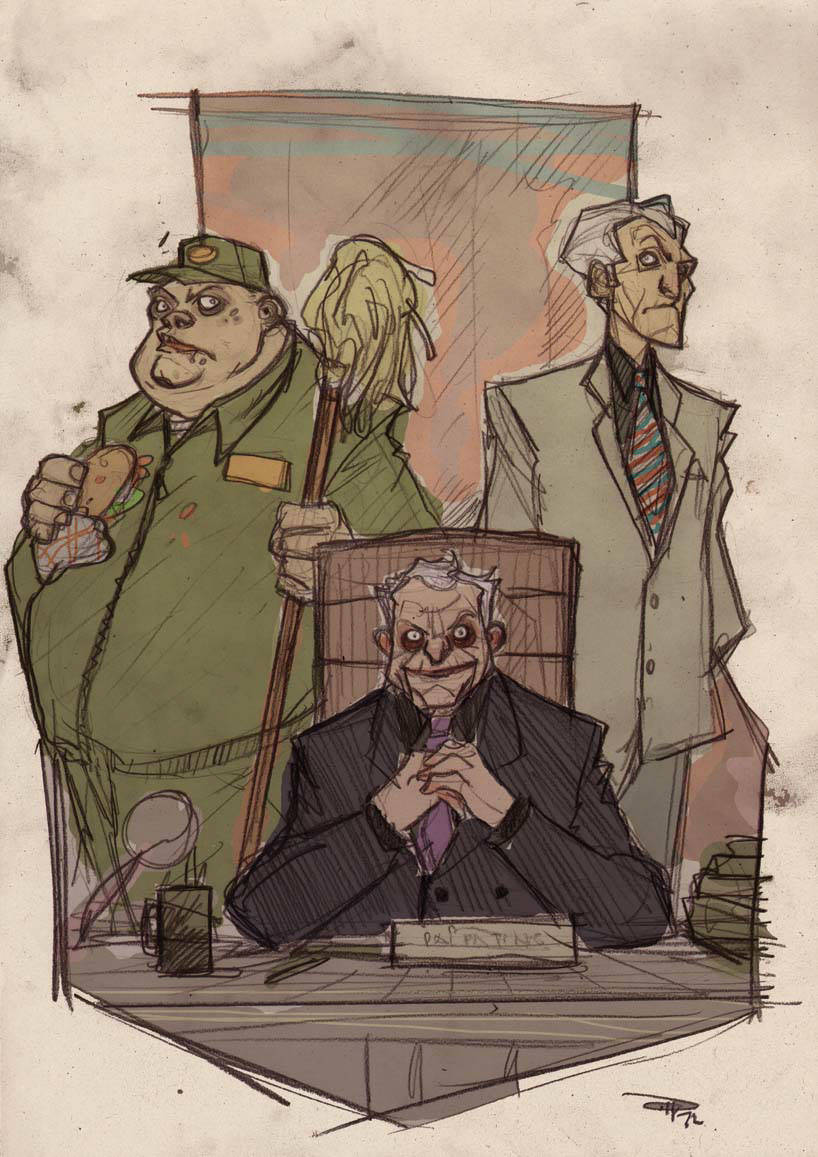 Palpatine is the principal of this high school, with Tarkin (who originally commanded the death star) serving as vice principal. These seem like obvious choices, while Jabba as a janitor may not. That is, until you think about what a janitor can really do at a high school–they're up on the school gossip, they could very likely control various illicit trades (or at the very least know about them), and in these cases, they'd most certainly have cronies. 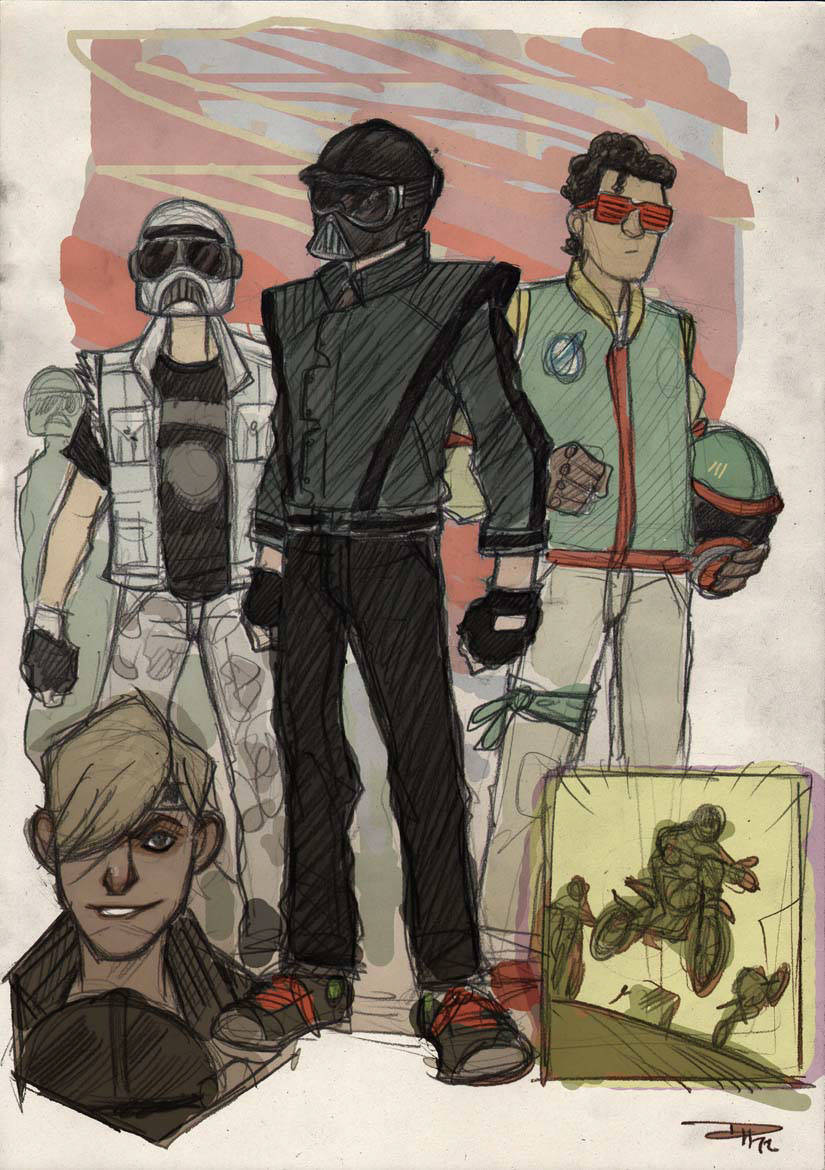 Darth Vader perhaps makes the least amount of sense here; since he's supposed to be Luke's father, it's a little tough to pass him off as the same age. But he still looks great, and I'm nonetheless willing to entertain the idea. Boba Fett and the Storm Troopers are spot-on, though. 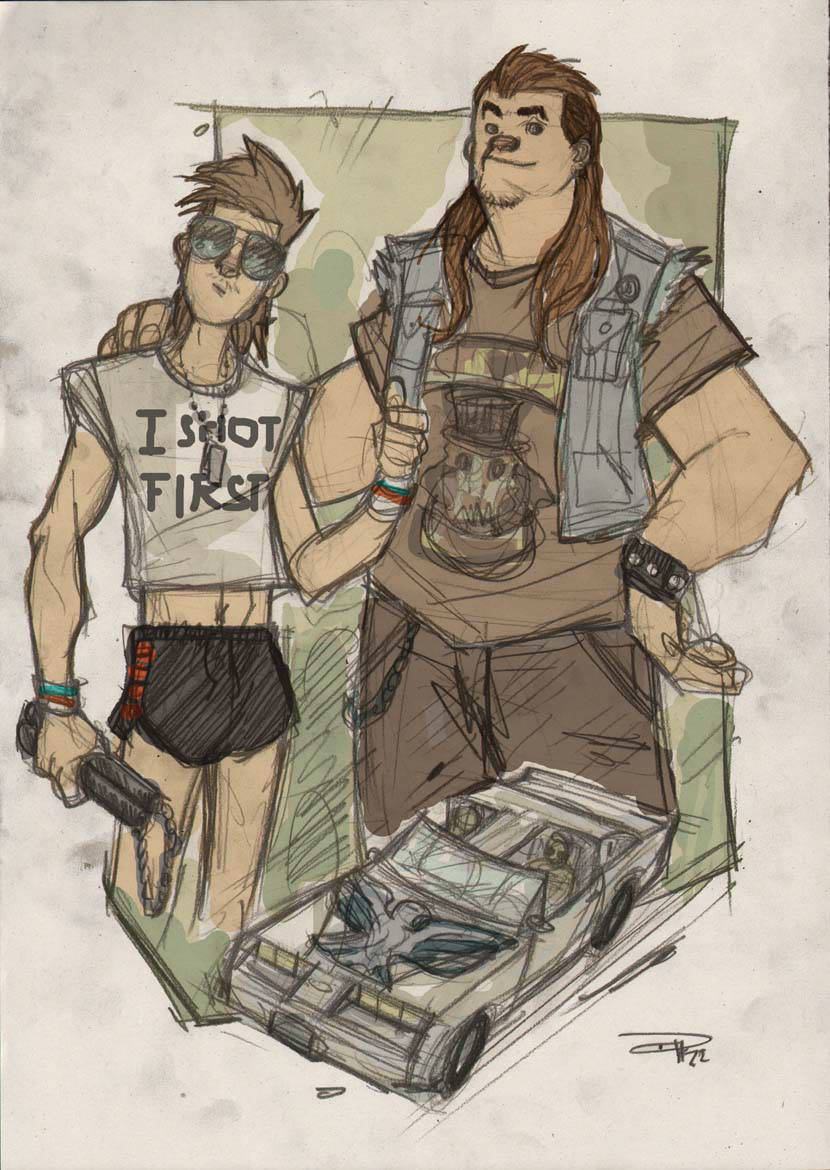 This is pretty much exactly right. The two rebel outliers. Plus, Chewbacca has a mullet and that's perfect. 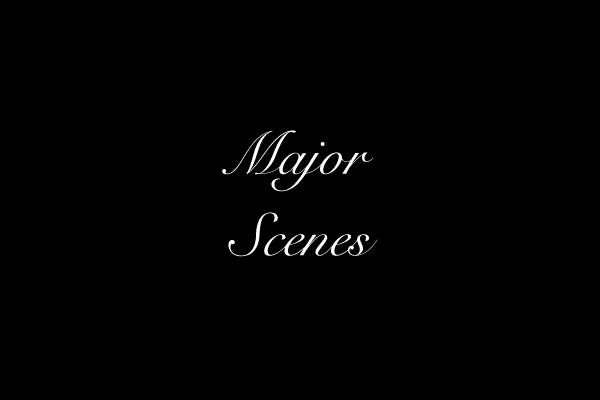 Leia delivers a message to R2-D2. 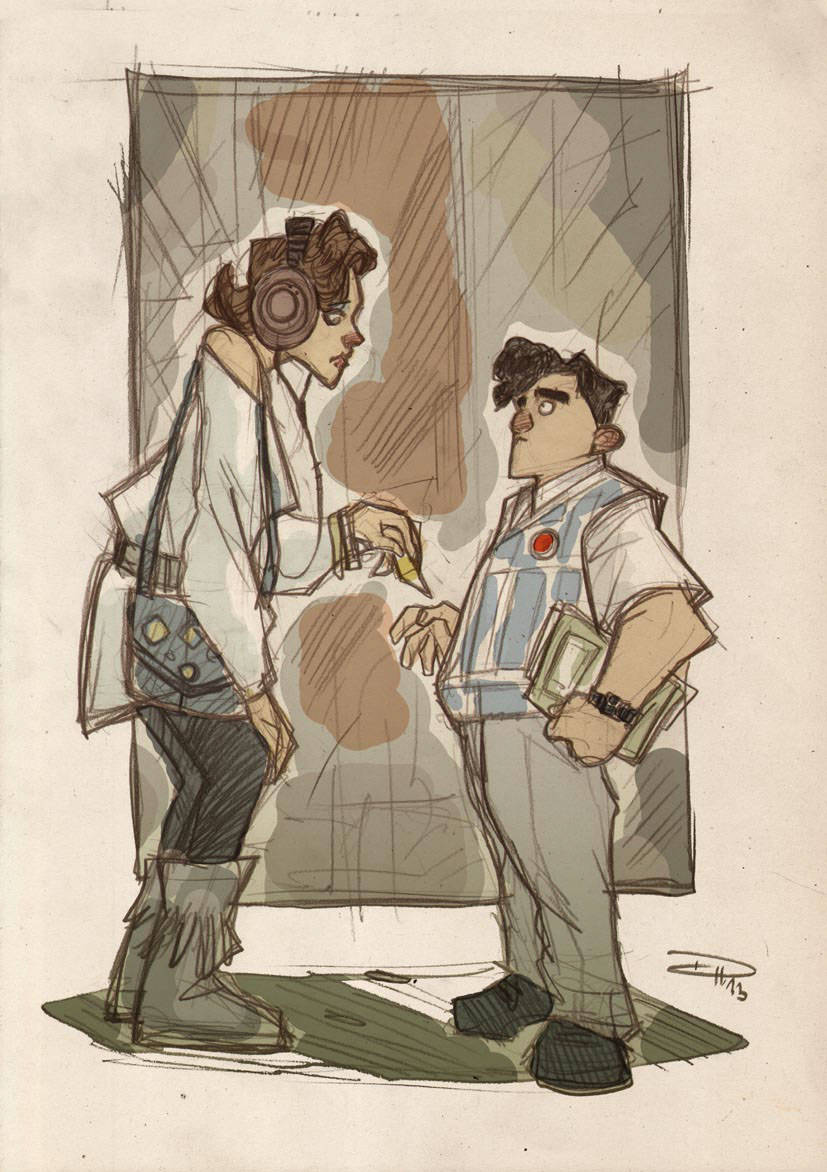 "Help me, Obi-Wan Kenobi. You're my only hope."

Luke gazes out upon the binary suns. 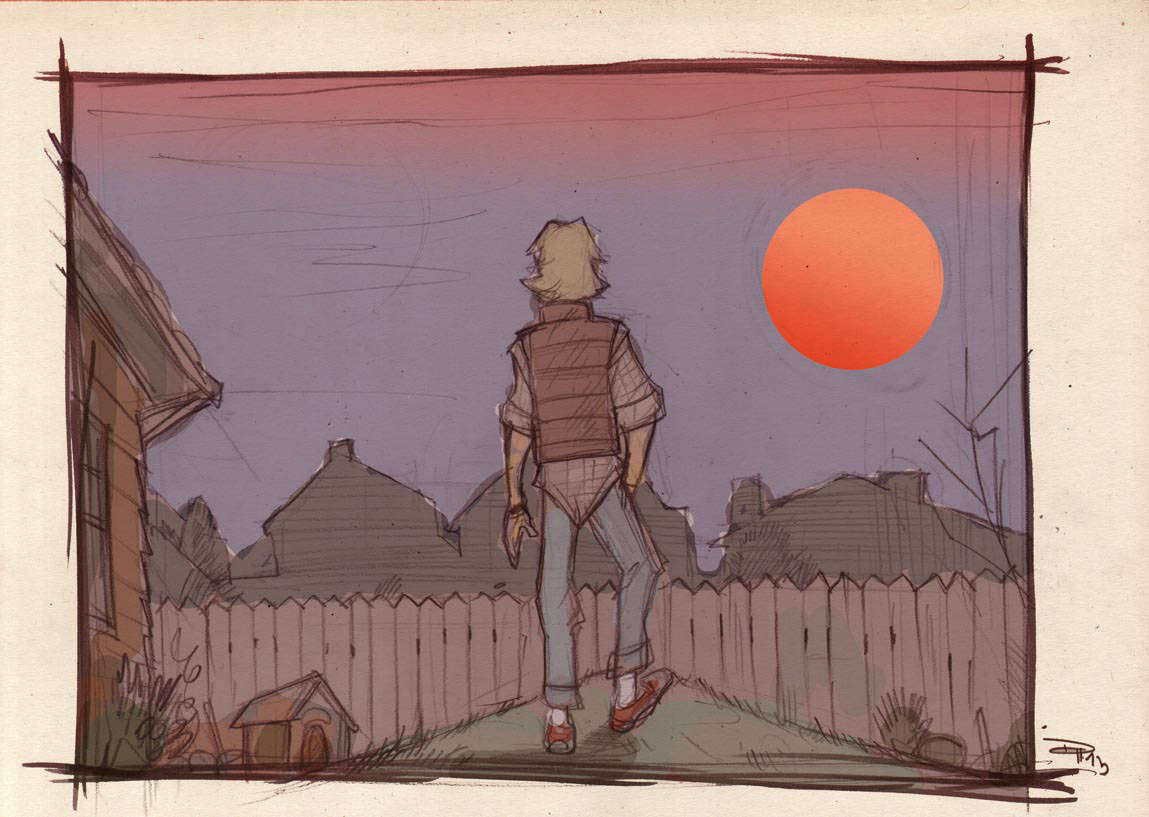 Well, in this case, it's just one sun. But you get the idea. 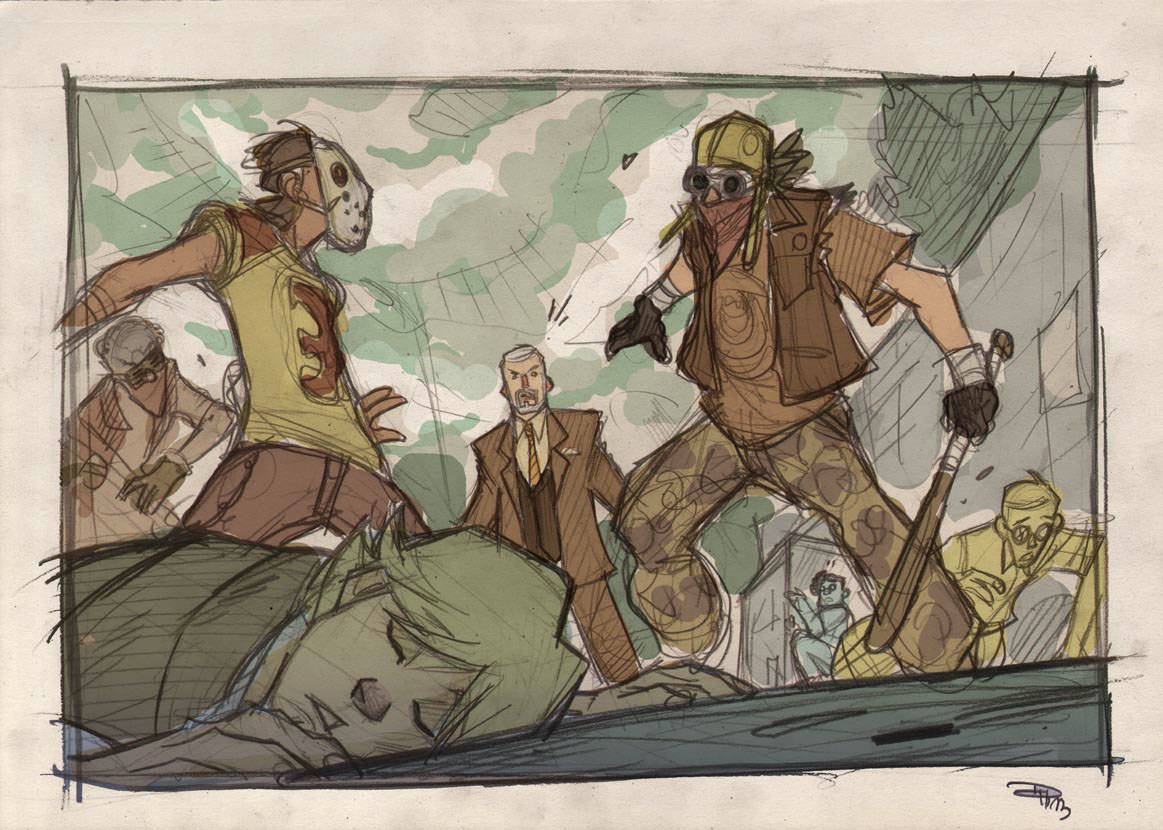 In this scenario, they're basically just punk-ass sand kids. 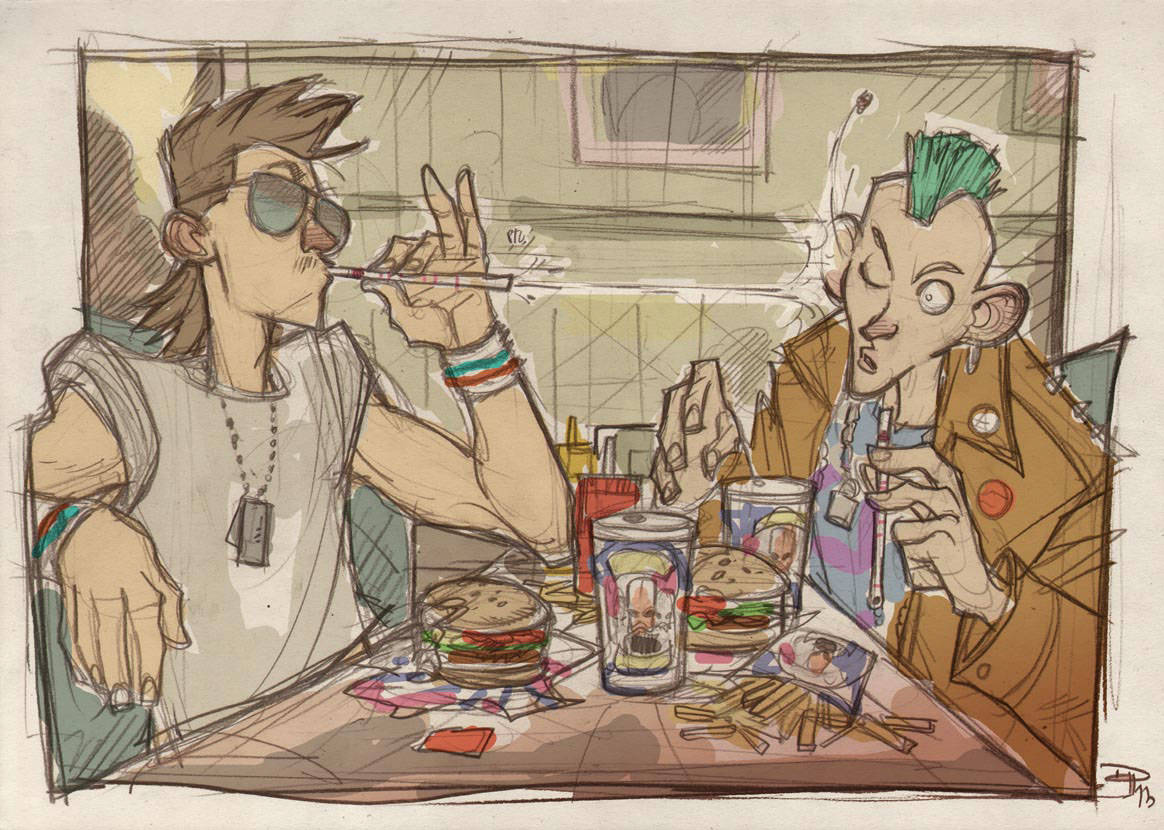 "Going somewhere, Solo?" Guess there's no real way you can be sly about shooting a spitball. 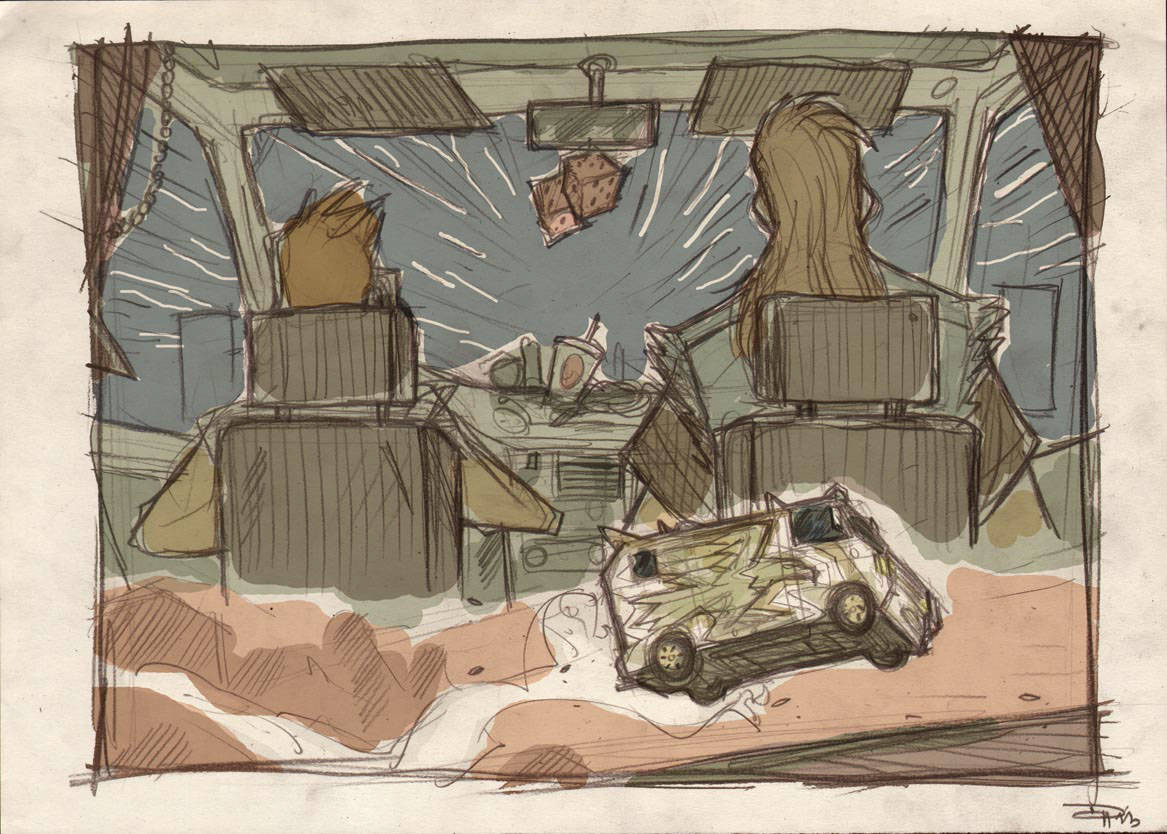 And they do it in their Millennium Falcon Van, to boot.

Yoda teaches Luke the ways of the Force. 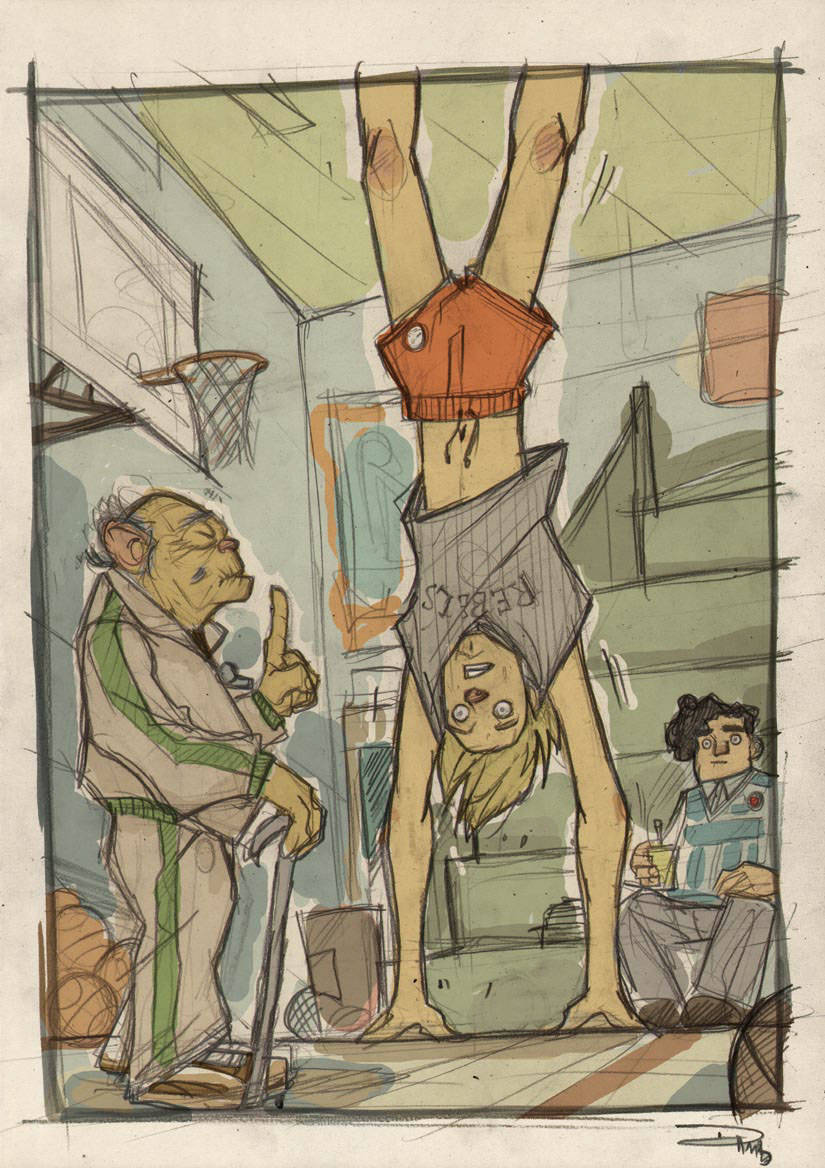 With R2 watching concernedly in the background. 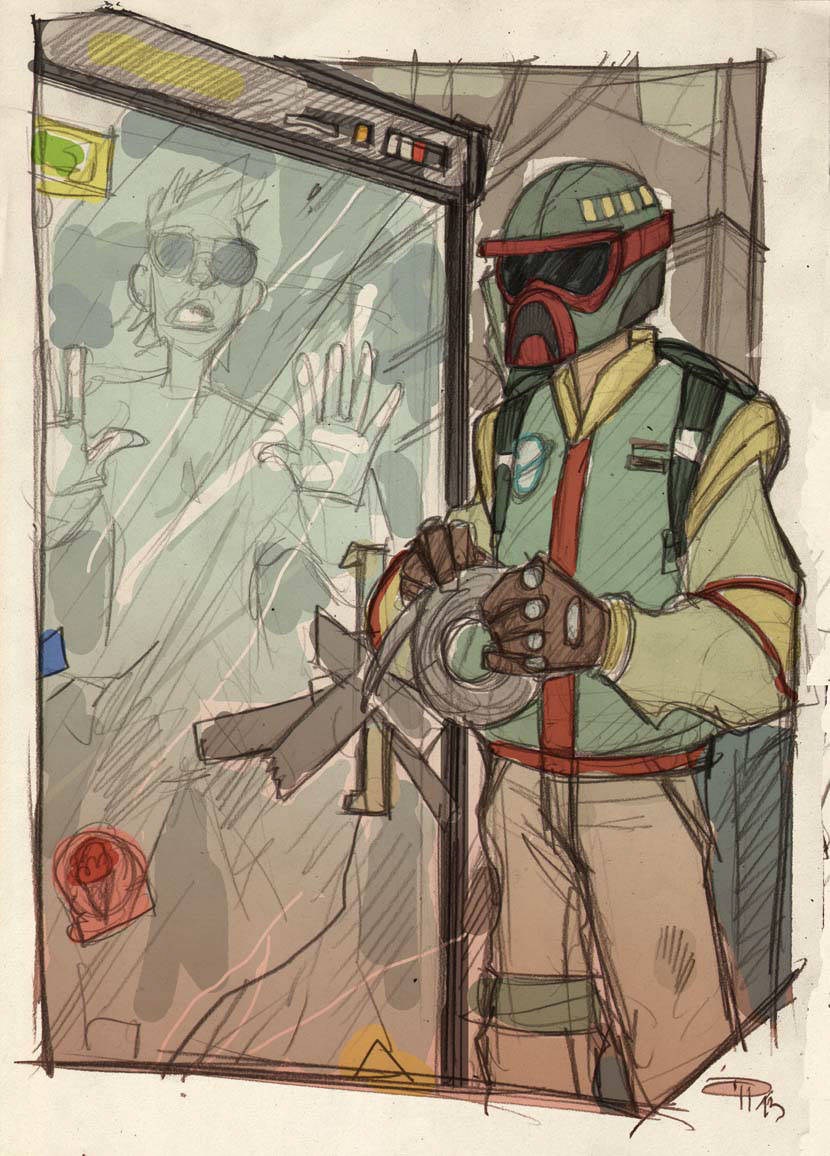 In this scenario, looks more like Han Solo is imprisoned in either a vending machine or a freezer at a convenience store. Interesting interpretation. 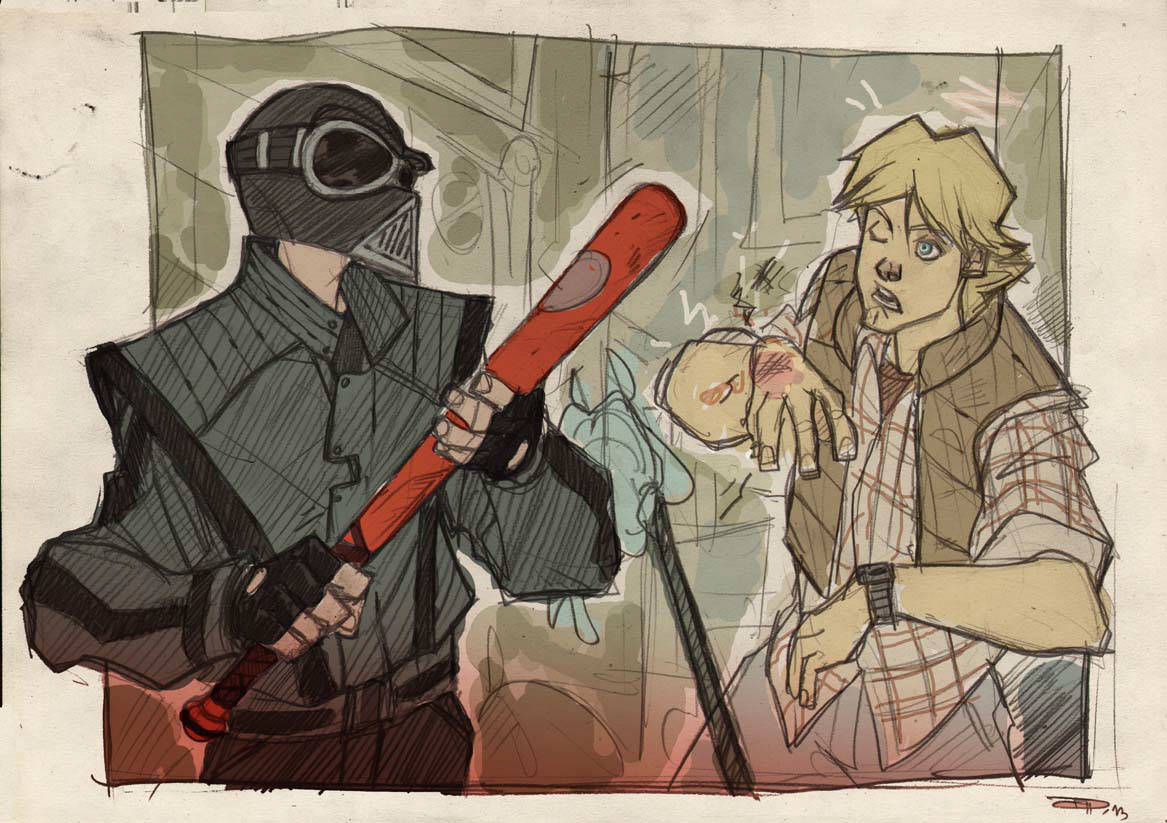 Despite the same-age issue here, I dig the fact that the lightsaber is now a red baseball bat and that the artist offers an alternate explanation for Luke's hand injury. 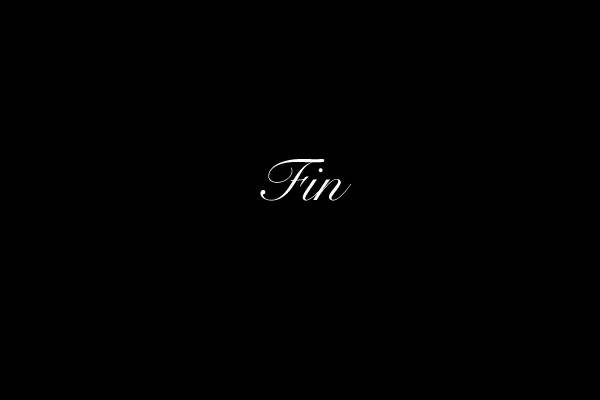