Access to all the information in the world is literally at an all-time high, thanks to the Internet, so sometimes it seems everybody knows everything, because it's just a quick Google search away. While that may be the case, that obviously doesn't indicate a person's overall intelligence. However, a quick glance around that person's surroundings while Googling could be the indicator that shows whether or not they'll need Google for every answer, or if they've got cognitive ability of their own.

Education people Science Anatomy Neuroscience Non-Premium
First, to preface these findings, having one or all of these eight intelligence indicators doesn't mean you're Albert Einstein and will be coming up with the "Theory of Relativity" anytime soon. 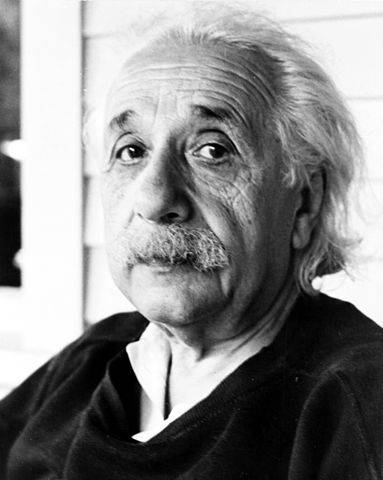 In fact, Business Insider explicitly states, "Note that correlation does not imply causation," meaning you can't just do one of these things and become smarter because of it.

Essentially, don't think quitting smoking means your IQ is going to go through the roof. Although, that would be a smart decision, it is a matter of correlation not causation. So, which of these signs are pointing toward your intelligence? 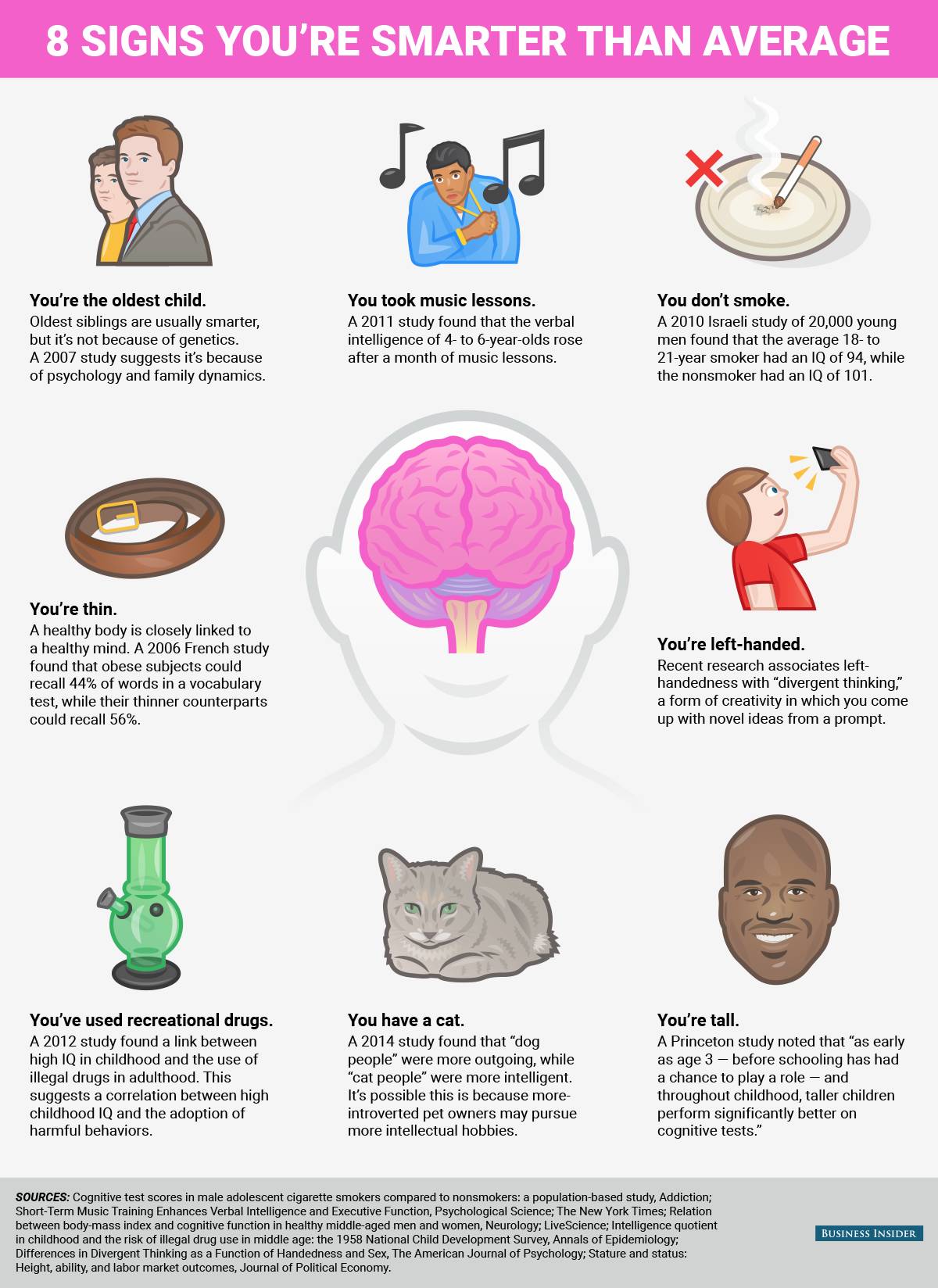 If you're a tall, thin, lefty who took music lessons and doesn't smoke like me, the prospects are looking pretty good! However, taking selfies with your left-hand doesn't appear to be the more intellectual activity in the world as pictured in the infographic. Whatever, I'll take the good news! That's a 75% indicator that I'm more than an average intelligence level (according to this graphic).

So, was this information easy to understand? How many factors indicate you may be more than average intelligence?

Good luck to all the right-handed, non-musical, short, smoker dog owners out there: this may have been too much for you to handle.