According To These 6 Facts, "Calvin And Hobbes" Had A Fascinating Backstory

The legendary comic strip Calvin and Hobbes ran for 10 years from 1985 to 1995, and the author/illustrator behind it all, Bill Watterson (as you may know), is famously private. For years Watterson denied an commercial licensing of Calvin and Hobbes staying true to the roots of why he got into cartooning: to create cartoons and nothing else. He never let anything distract him from his work and for that we have a boy, his stuffed tiger, a tuna fish sandwich and a toboggan that'll live on forever.

Drawing Writing Cartoons Humor Comic Books Non-Premium
1. Watterson makes fun of one of his other strip ideas 'Spaceman Spiff' in a 'Calvin and Hobbes' strip

Spaceman Spiff was intended to be a parody of the Star Wars fantasy genre, but Watterson admits that this strip wasn't his finest work. In fact, he explained in a 1987 interview with the Dallas Morning News that, "It was so bad that I make fun of it in Calvin." At least he could channel that failure into more Calvin and Hobbes gold which audiences live for.

2. Watterson has only licensed 'Calvin and Hobbes' on a few occasions…for a good cause 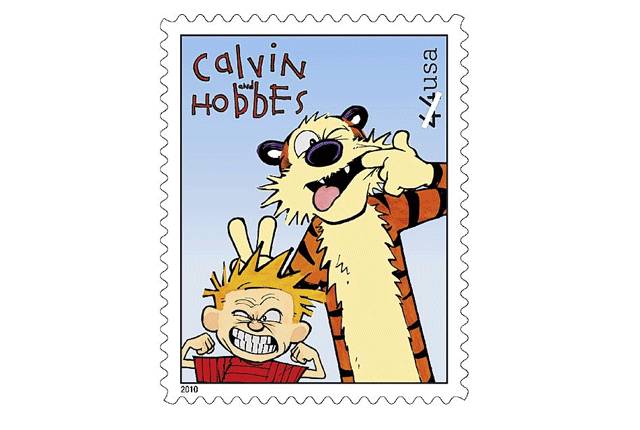 He never wanted the strip to get weighed down by a merchandise empire, but did offer up his cartoon a few times:

That's nothing in comparison to what he could've made off the comic strip duo.

3. Calvin and Hobbes were offered some big commercial bucks to have adventures along side 'Robotman'

As you can imagine, Watterson was appalled by this offer from United Feature Syndicate who were simply trying to peddle some of their merchandise through newspaper placement. He denied their offer, though Robotman did get his own strip later–and nobody cares about or remember it.

4. Calvin never appeared peeing in any of the strips, yet the subsequent car decal empire caused state jurisdiction 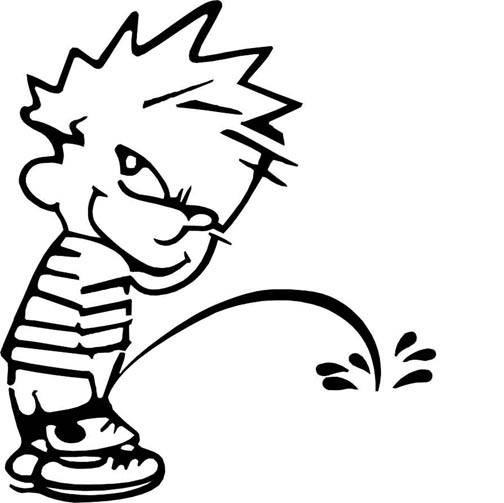 A late 90s law in South Carolina issued drivers sporting a decal of this nature "obscene" and worthy of a $200 ticket. Watterson explained in a 2005 Q&A session with readers he, "clearly miscalculated how popular it would be to show Calvin urinating on a Ford logo." Yes indeed, popular enough to cause legal action. 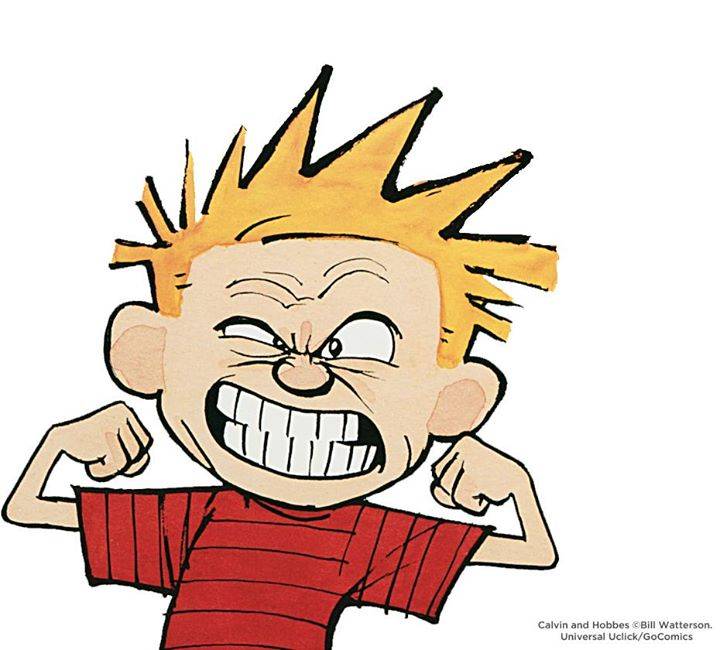 That's impressive, considering how many people in "the industry" and out of it would die for a chance to meet any of those people, let alone work on a project with them. However, Watterson felt schmoozing and publicity would take away from his concentration on the strip. He simply declined phone calls and meetings from the iconic directors.

At one point he even got a letter from Stephen King, yet never even opened it.

There are two cartoons missing from the complete collection: one involving some controversy over his mother and whether Calvin might be adopted. The other involves Hobbes being put into a washing machine causing readers to question whether or not he's real.

Neither of these are included in the complete collection.