Turn Your Home Into Disneyland With These 10 Bits of Memorabilia

Disneyland is a place that has shaped the childhoods of countless people and the things that make up this iconic tourist destination are now up for grabs for collectors and adoring fans alike. Yes, the people of the Van Eaton Galleries are hosting an event titled "Collecting Disney" where they will be auctioning off more than 800 items.

Since opening 60 years ago, these are 10 of the items available that we think have stuck out the most in the park's magical history. 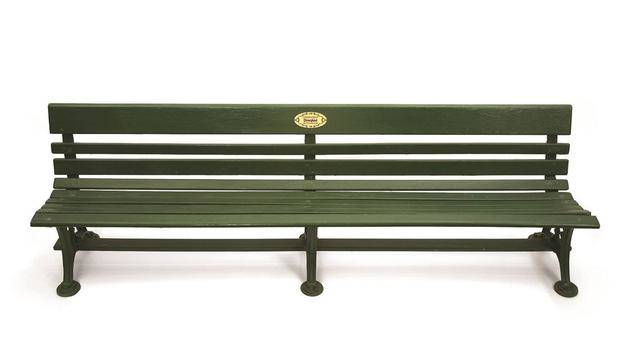 So that collectors can tell it's not just a nice park bench from any random park, the original Disneyland property tag has been removed from the bottom and placed in clear sight. This bench was a fixture on Disneyland's Main Street and town square for nearly 44 years. 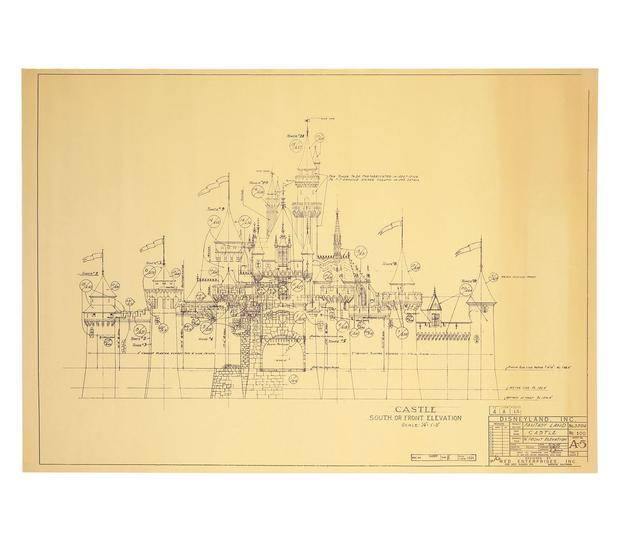 Even with the magic of Disney, blueprints are needed, and this is a rare insight into the minds of what created this iconic structure.

The Nightmare Before Christmas came out in 1993, but this head first appeared at Disneyland in 2001 as part of the Haunted 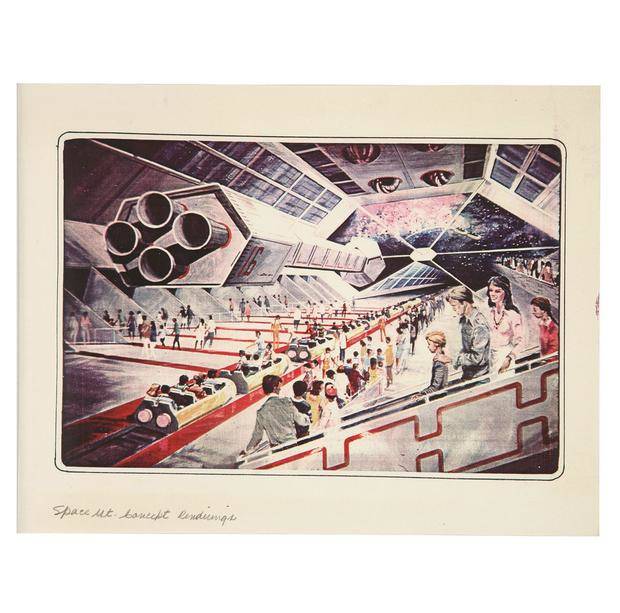 Imagineer Clem Hall thought up the official thrill-ride of Disneyland, that is mostly slow-paced kids' rides. This was his original depiction of riders lining up to be shot off into the cosmos, but in reality it's generally much more crowded than this to take a ride into intergalactic wonderment. 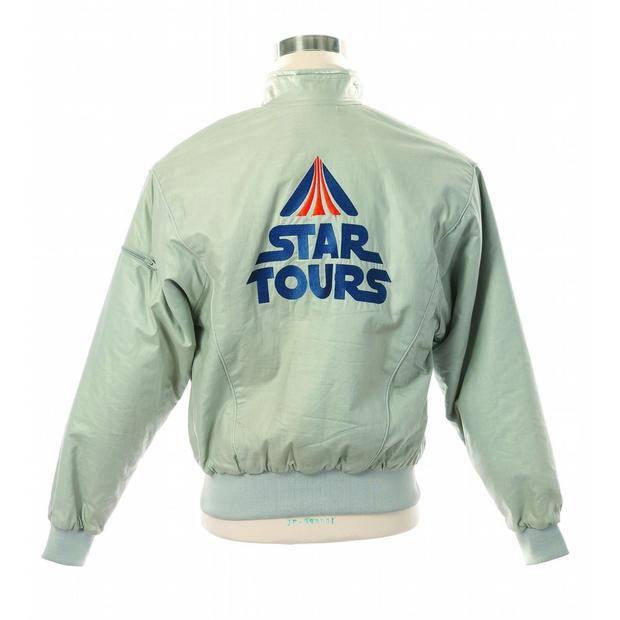 This is what was worn by Star Tours cast members in 1992, and with the upcoming release of Disney's first Star Wars film, this could be an exciting purchase for collector's and avid fans alike. It has nostalgia from both Disneyland and the iconic film franchise, making it a uniquely valuable and special item. 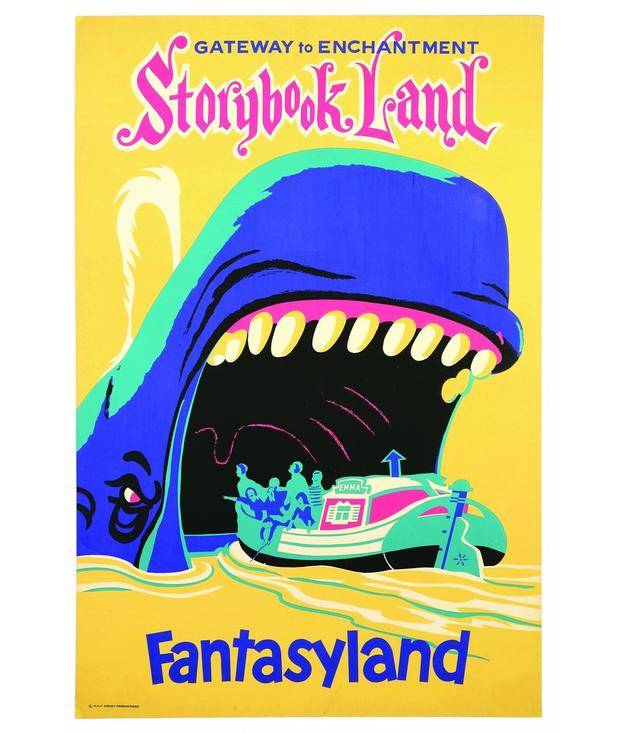 The original work from 1956 features Pinocchio’s Monstro the Whale swallowing up passengers at the beginning of ride. It's one of many vintage attraction posters up for auction at the event. 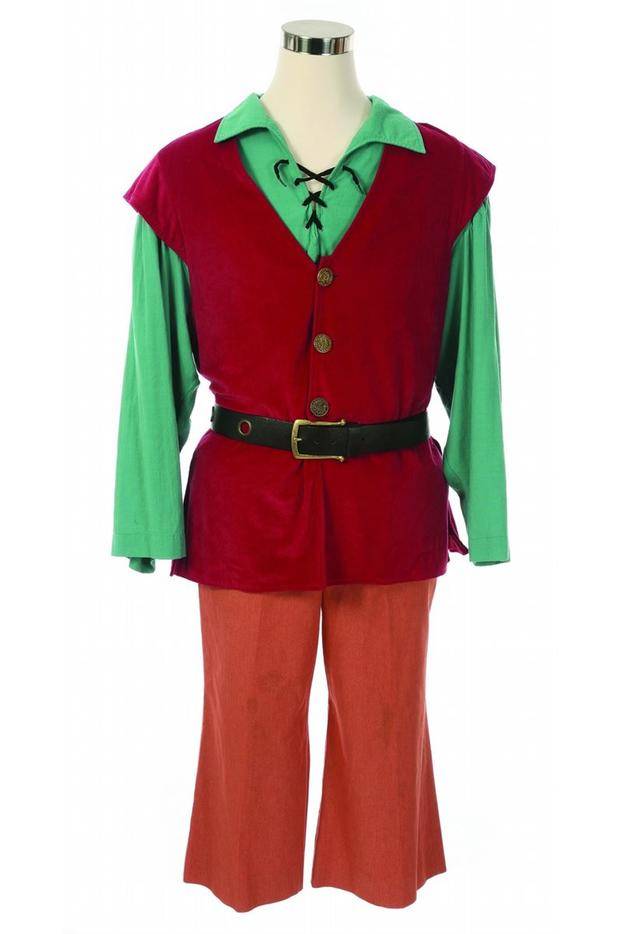 This was worn by Disneyland cast members in the 1980s, nearly two decades before Johnny Depp made this attraction a household name. Sorry, rum not included for those who want to embody Jack Sparrow. 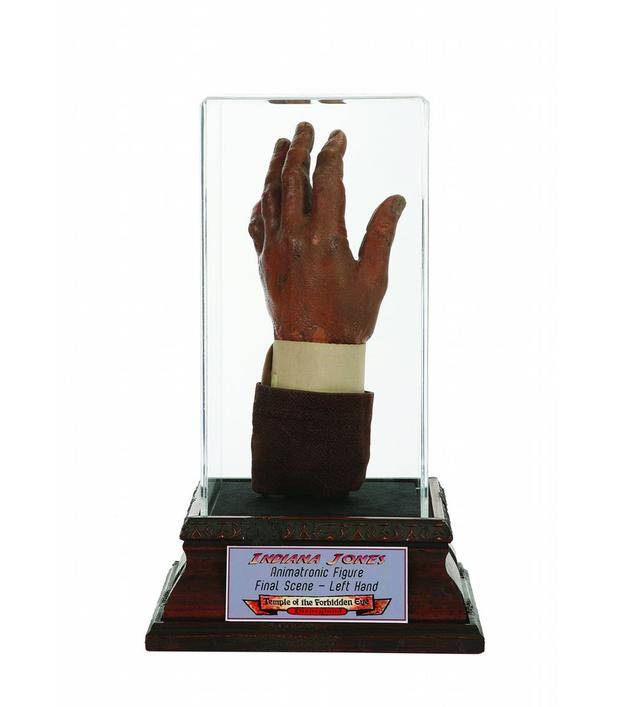 The Indiana Jones Adventure ride has been a fixture since 1995 at the park, and this hand is one of an abundance of special effects and animatronics. Indiana Jones may not make you think of Disney, but this ride should, and so this makes this prop a hot ticket item for collectors. 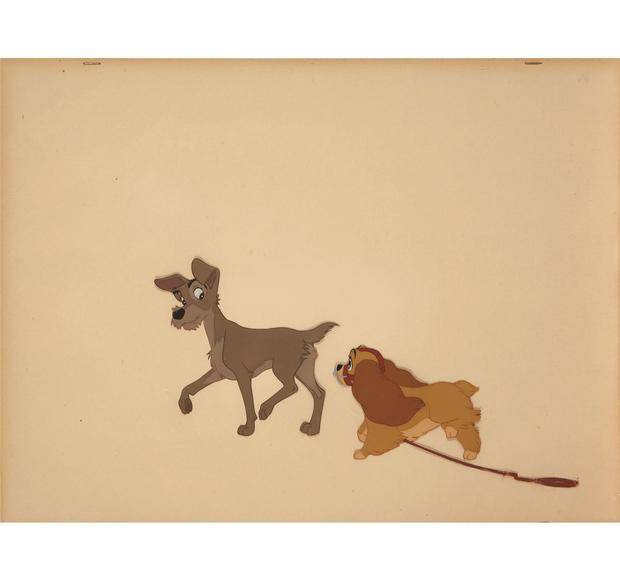 Lady and the Tramp came out in 1955, and is a piece of animation history that collectors and fans alike would love to get their hands on. With this cel, among the many from the original cartoons and productions, they now have a chance to do so.

The PeopleMover closed in 1995, but now you can bring it home with you instead of simply reminiscing over it. The panel doors can still be open remotely, while interior and exterior lights are still functioning and a two-minute explanation of TomorrowLand from a PeopleMover tour guide in 1967.

Be sure to visit Van Eaton Galleries for a full list of all the incredible piece of Disney history up for grabs at the auction.

You can find the full listing and bidding availability by visiting iCollector.