Graphic designer Simon Schaffrath and his wife wanted to do something special to commemorate the impending birth of their son, Theodor - something that he could look back at when he's older and laugh at.

What they ended up with is something fantastically clever that just about anyone would find funny. 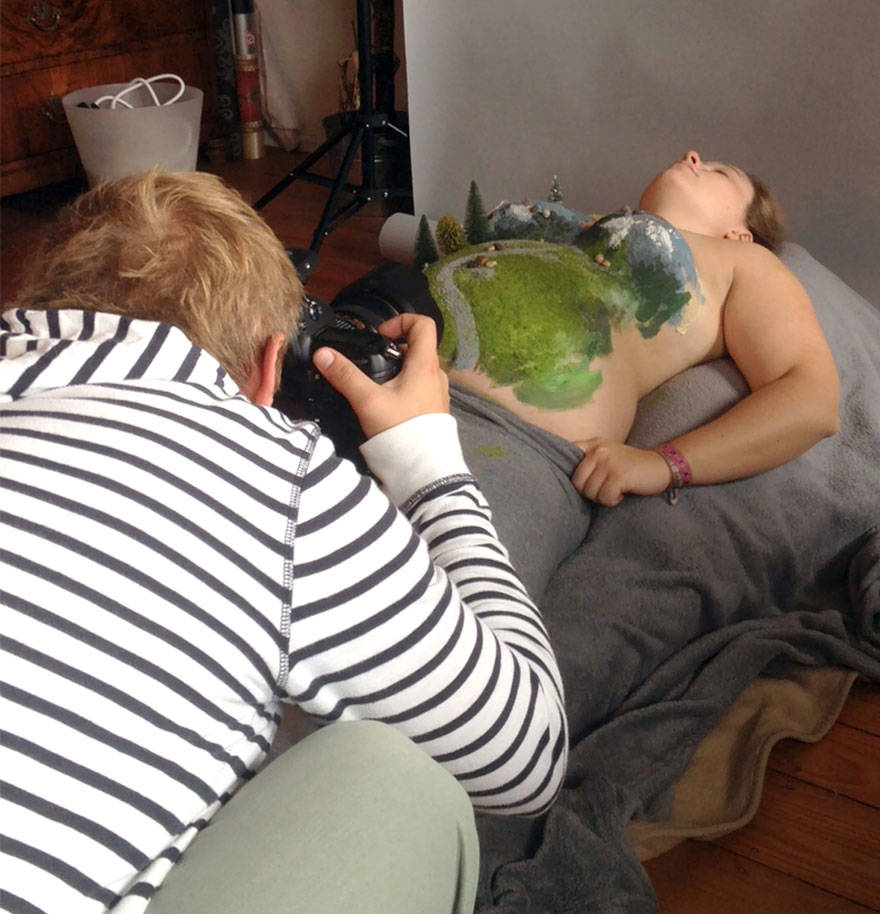 Then, he added pictures of himself in... 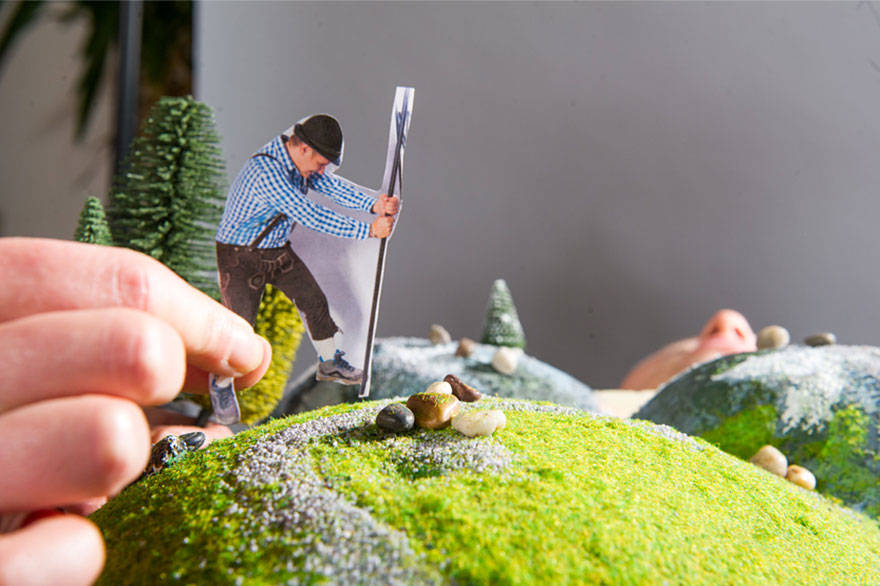 And after several days of earnest Photoshopping, he wound up with fanciful, children's book-esque creations. 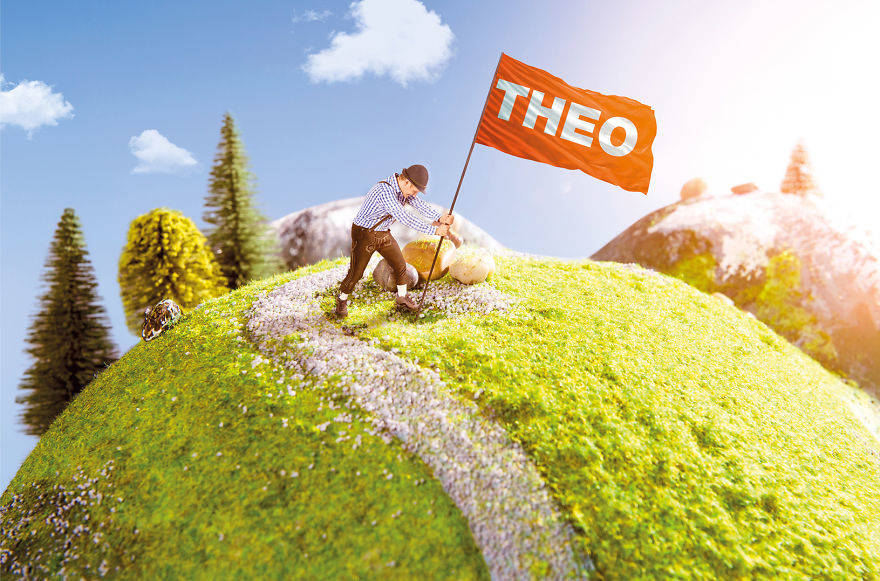 Each one features Theo's name as the centerpiece... 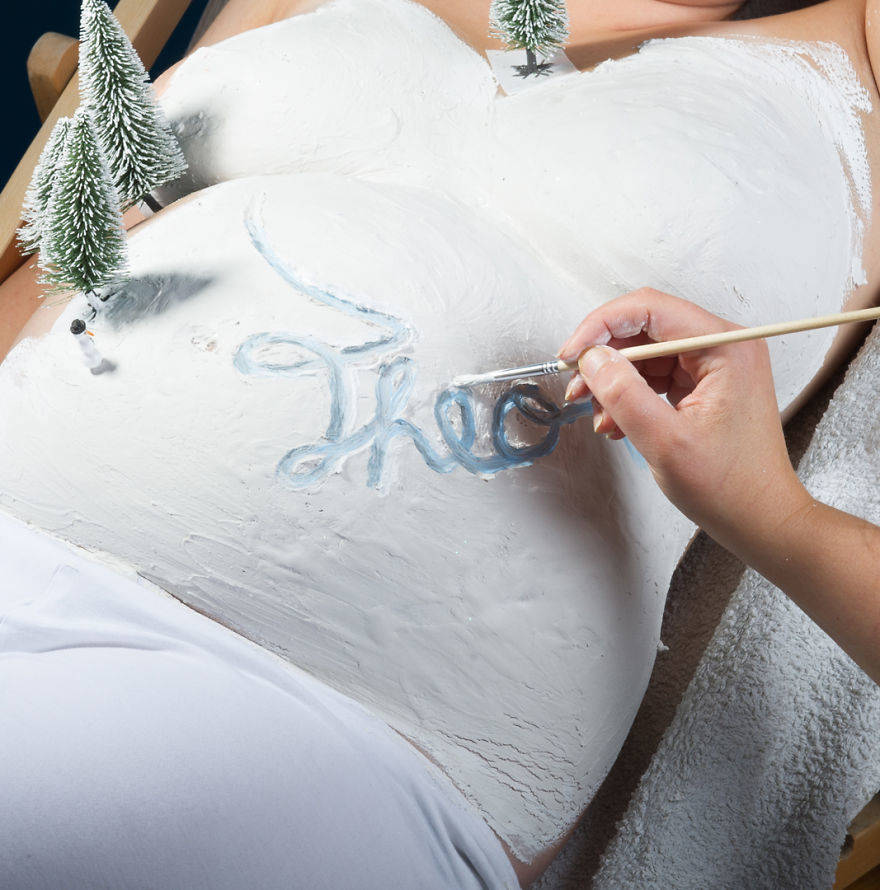 With Simon blazing a trail on his wife's variously scenic tummy. 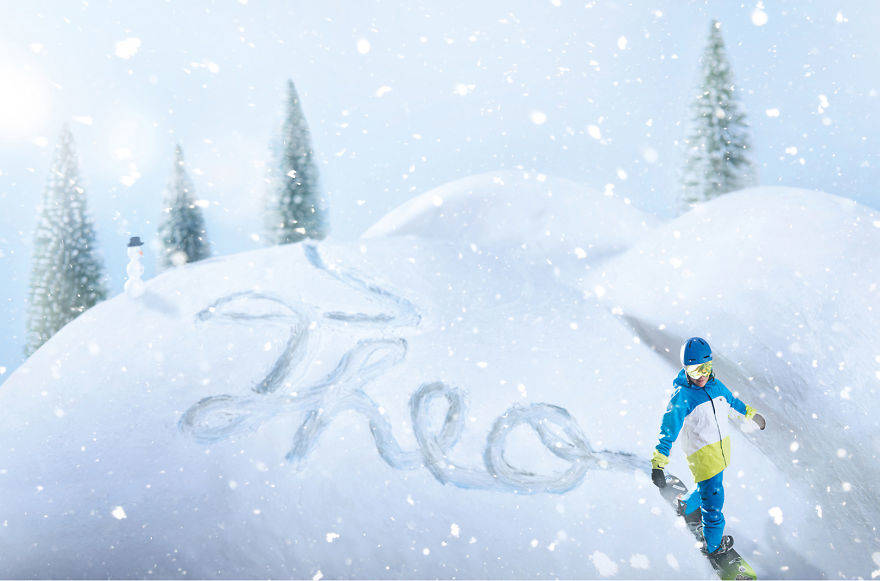 Each one took roughly a week, from planning to completion, with the editing taking up the most time. 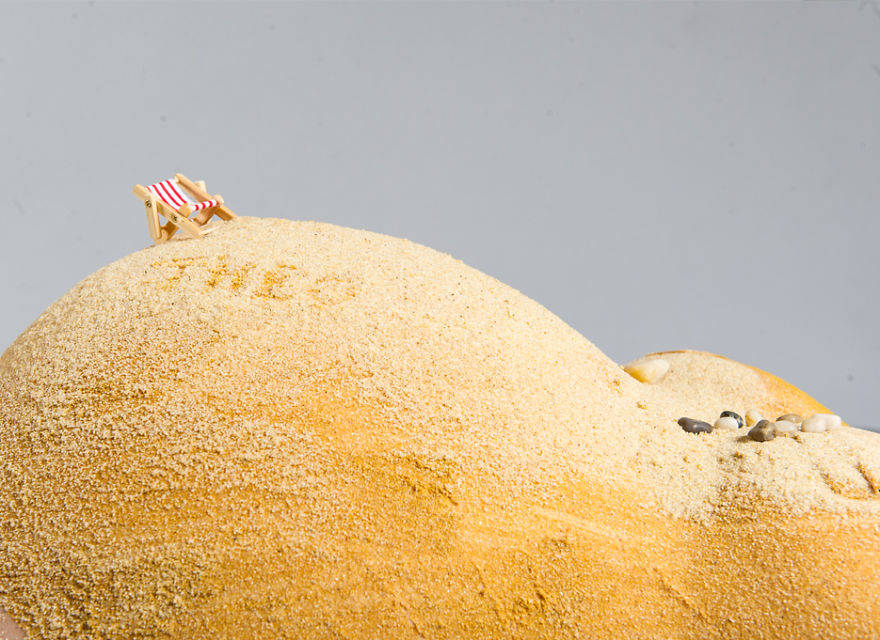 "We took the photos on Sundays, then I retouched them with Photoshop till Wednesdays and after that I planned the next shoot," Simon writes on Bored Panda.

The two did, however, encounter a few setbacks during shooting, when Theo decided to kick his mom's belly and make cracks in the paint. 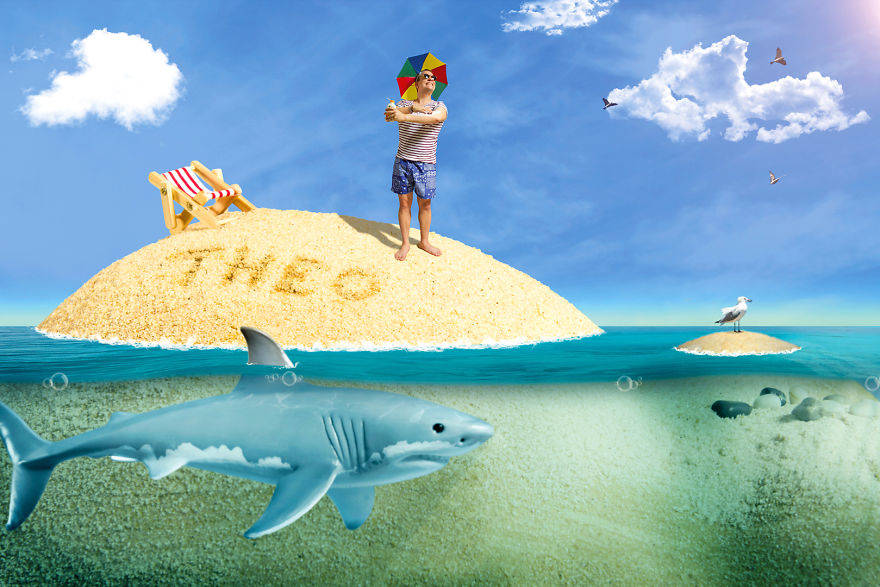 Of course, the two pushed on, smoothing over the blemishes joyfully, until each body-scape was picture perfect. 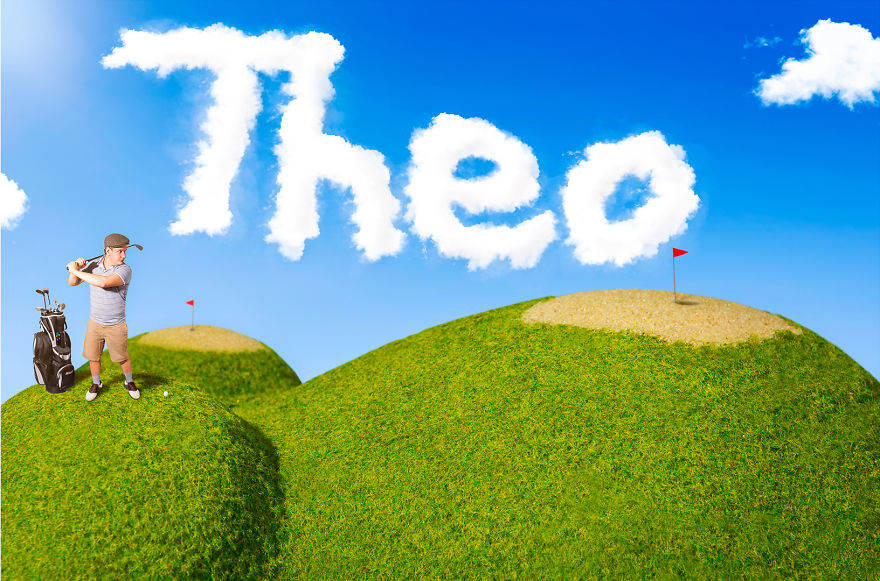 Now, the couple's awesomely clever pictures sit framed in Theodor's room, waiting to be enjoyed on a daily basis. 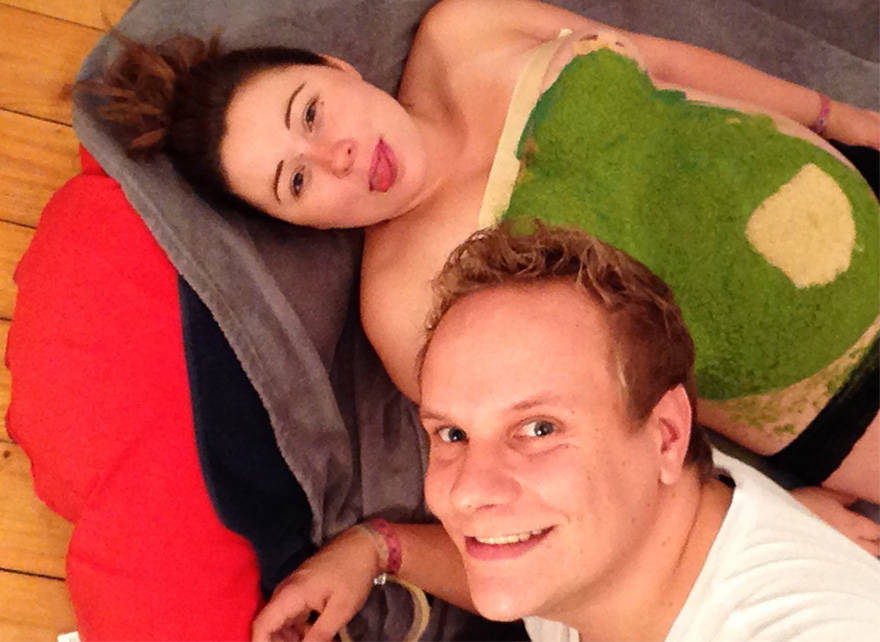 "In the meantime the photos are framed and embellish Theodor’s bedroom and all we can do now, is wait for him."