Studio AyaskanÂ a timepiece mimicking a sand garden, and it's just another one in a long line of repurposing the analog clock in the age of the digital era. The analog clock is now seen as a nostalgic piece, and often used as a conceptual work of art, rather than for telling time anymore.

SandÂ was created by Studio Ayaskan for exactly that purpose.

Arts nostalgia Design Interior Design Innovative Design Non-Premium
The idea for Sand comes from this Albert Einstein quote: "Time and space and gravitation have no separate existence from matter." 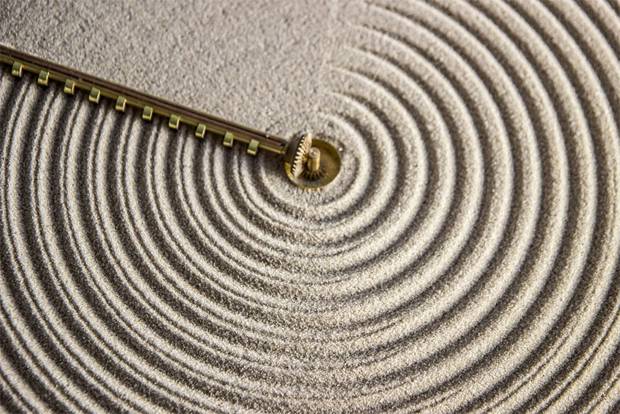 But, if you're not philosophically or scientifically inclined, what does that mean? They explain on their website... 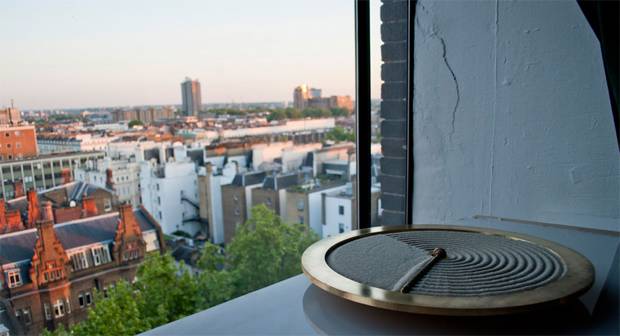 "Sand, inspired by Zen Gardens, is the gradual formation and flattening of a ripple pattern over a period of twelve hour cycles. Water, on the other hand, tells the ephemeral time through concentric circles in the form of endless waves that ripple by the second. It is the landscapes and the cycles found in nature, that both the projects represent."

Sand is part of a series of works from Studio Ayaskan aptly titled "Ripples of Time" which also includes a clock designed around the use of water.

So, obviously at this point you're wondering how this thing tells time. As time passes, the clock hand slowly combs sand in a circular pattern... 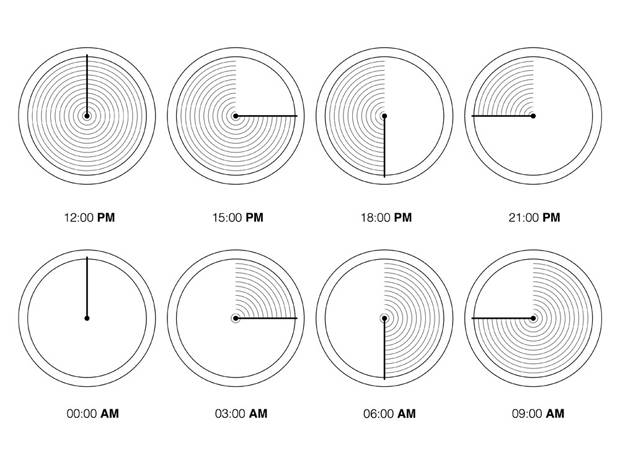 And depending on the positioning of the hand and the pattern in the sand is how you can tell the time of day. Beginning in the morning, the comb begins to leave a groove (as shown above on the bottom row). By afternoon, the second revolution of the clock hand wipes the pattern away (as seen in the top row above).

Essentially, this is what it looks like in action for an entire 24 hour period.

Not exactly the easiest way to answer somebody's question about what time it is, but the aesthetic appeal for the interior of any home is clearly overshadowing in that regard. This is truly a wonderful work of art.Â

You can watch Studio Ayaskan's video presentation of this innovative reimagining of the analog clock here:

"Within a spacetime continuum, time is perceived as the fourth dimension. The past the present and the future is a whole. Ripples of Time, allow natural materials to be shaped by time, reminding us of its presence." That's deep.