Old ruins aren't normally uncovered on their own, but when they are, you should probably pay attention. 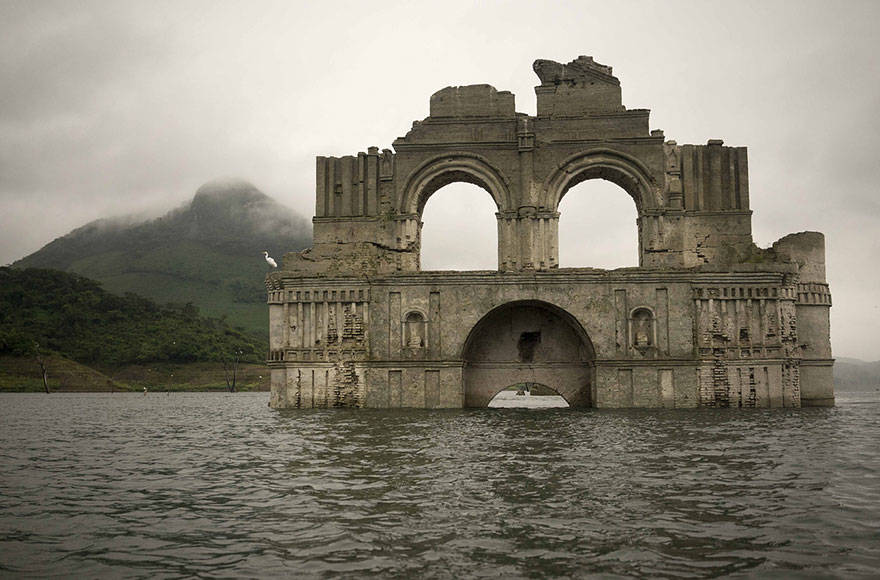 The Temple of Santiago. 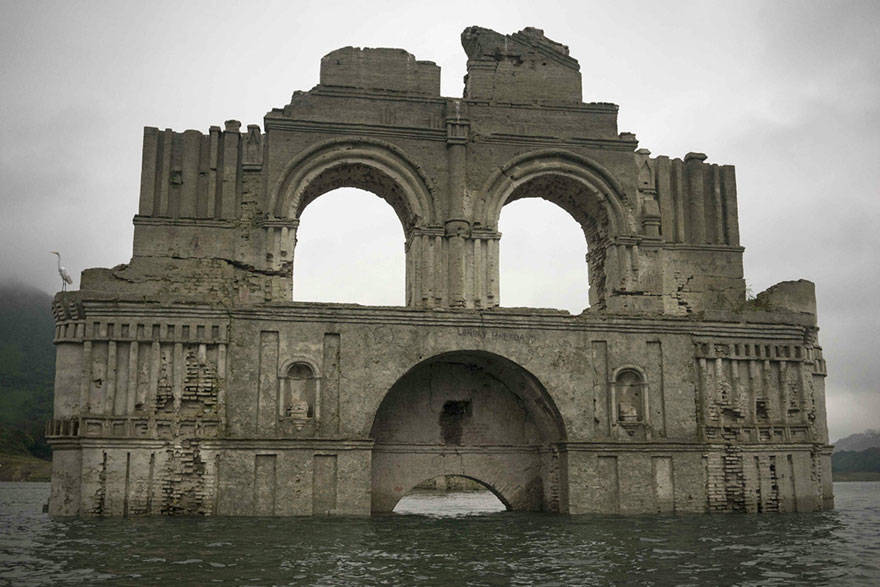 The 400-year-old church was built some time during 16th century but â€œwas abandoned due the big plagues of 1773-1776,â€ Mexican architect Carlos Navarrete says. 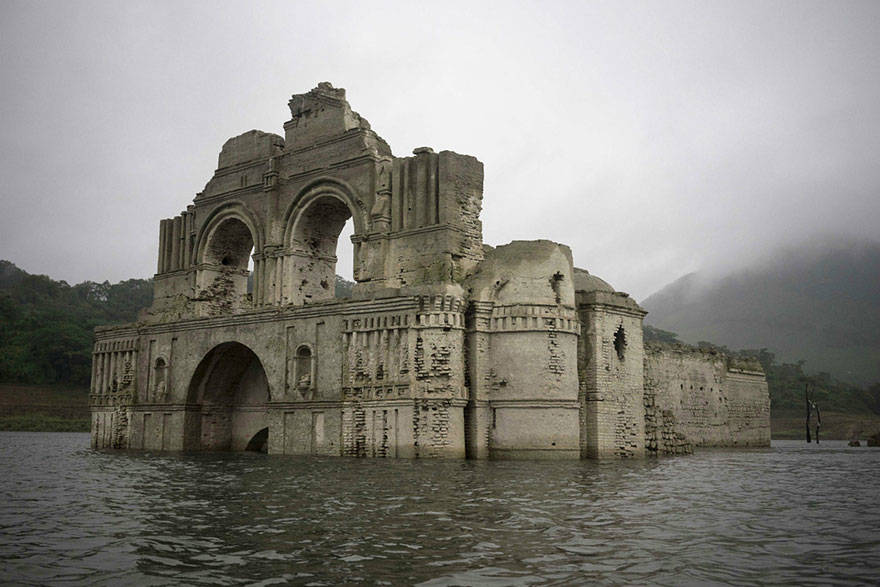 But this isn't the first time water levels have dropped enough to reveal the historic, old church. 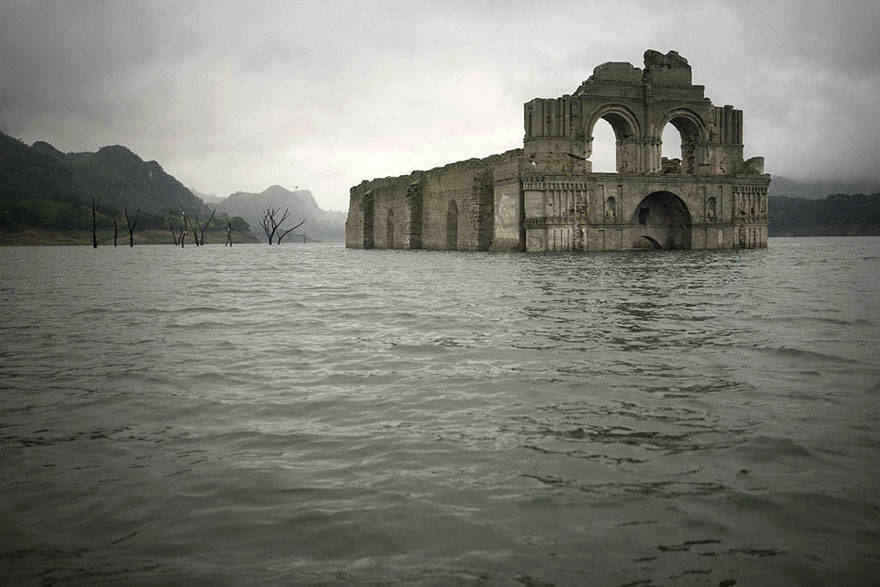 It's the second time a drop in the reservoir has revealed Santiago since it was first flooded as the dam was being completed in 1966.

The first time, in 2002, the water was so low visitors could actually walk inside the church.

Not knowing how long they'd be able to observe it, locals and tourists alike are touring the old Colonial church by boat, soaking in all its historical beauty. 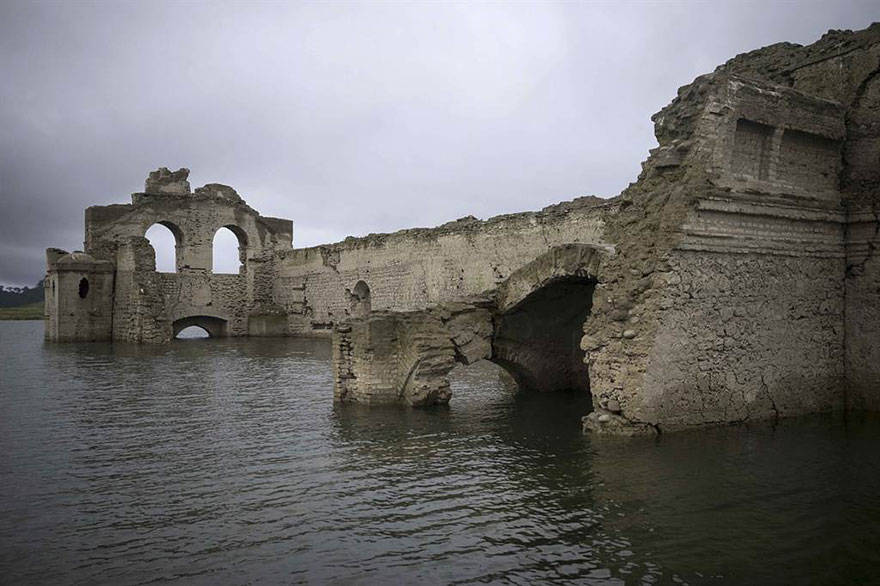 And despite being submerged for the past 60 years and having a past characterized by misfortune, the Temple of Santiago still stands tall. 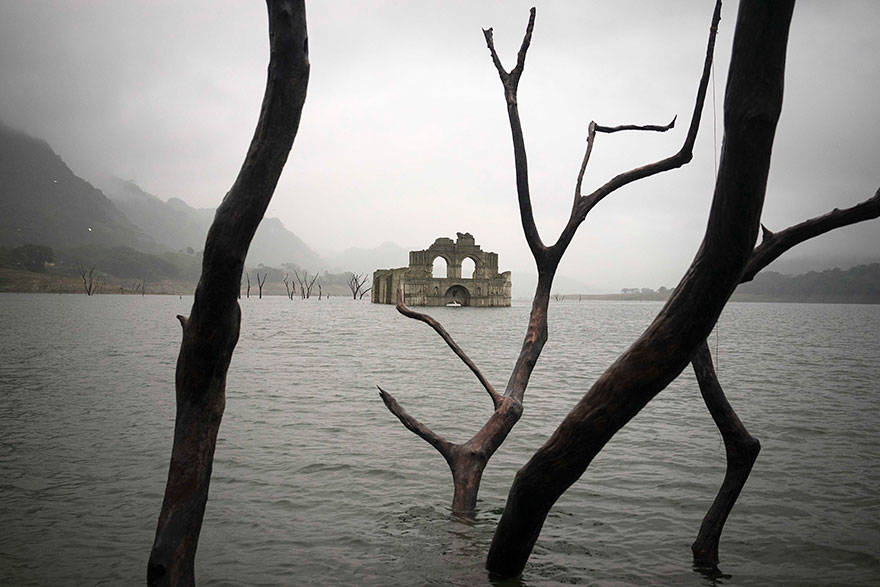