Because who wouldn't want to wake up to their car being completely pimped out? 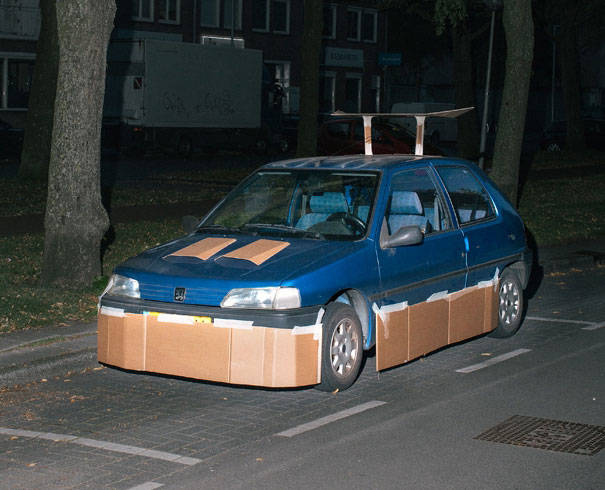 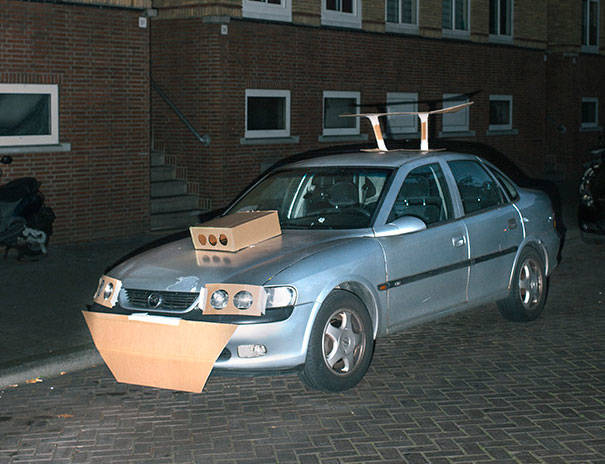 Completely out of the kindness of his heart. 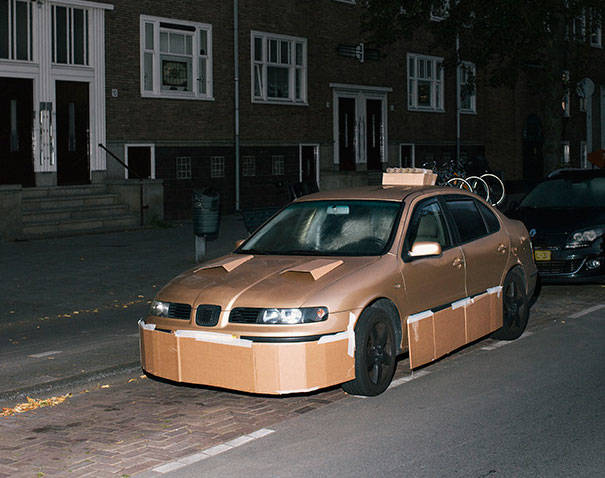 The hilarious hobby started spontaneously, after Siedentopf came to some compelling realizations. 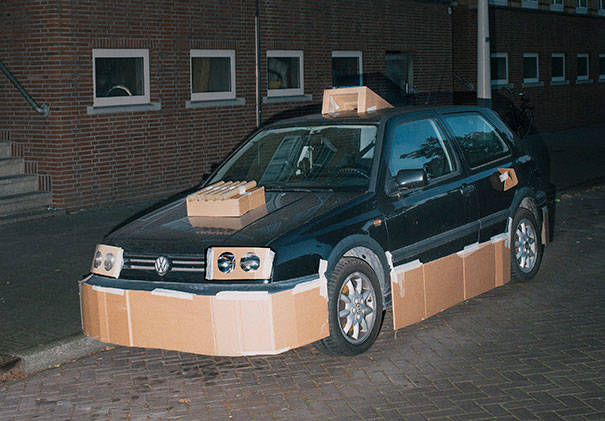 "Individuality, self-expression, and status are more important than ever these days. But for some reason you see that things as ordinary as cars are getting personalized less and less, while it could be a strange but great form of self-expression," he tellsÂ VICE.

Naturally, he felt he needed to do something about it. Thus, "Slapdash Supercars" was born. 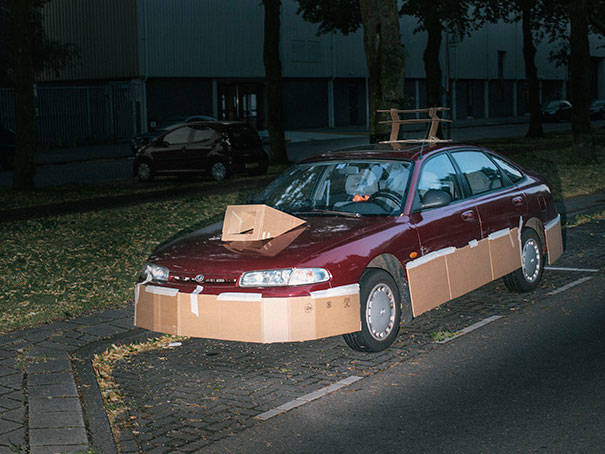 "I thought I'd do people a favor by giving them a custom-made supercar."

And a favor he has done them. I mean, just look at this incredible work. 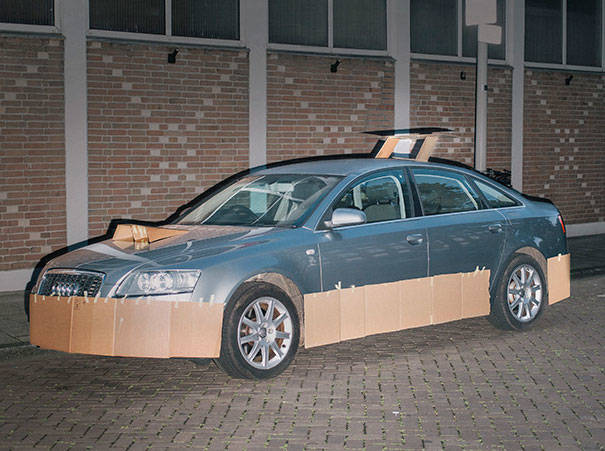 For you crusty folks with no sense of humor, don't worry, the tape doesn't remove that much paint. 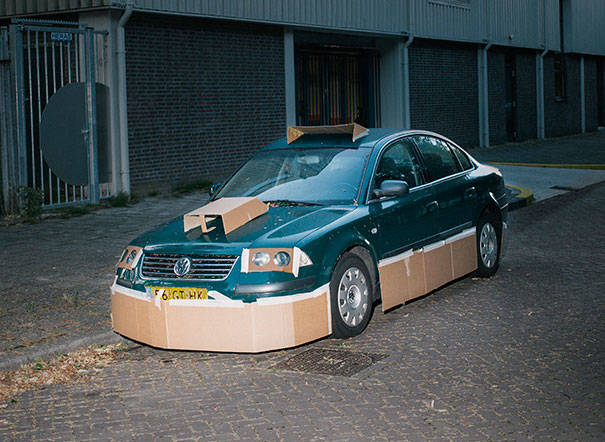 KIDDING. He uses low adhesion painter's tape, so no damage done...that we know of.

In all honesty though, it's not like the owners of these cars would have any reason to complain. The additions are undoubtedly an improvement. 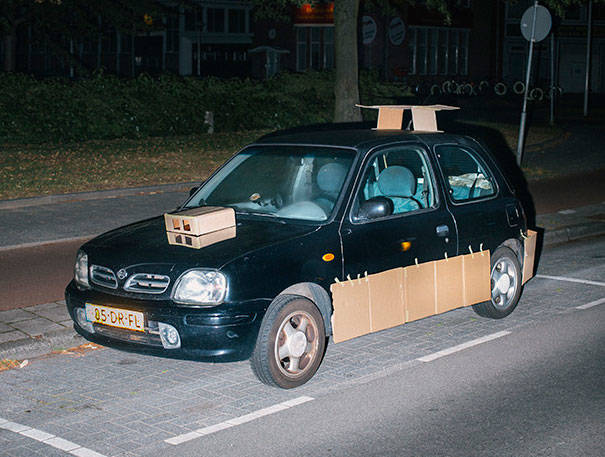 Vin Diesel called. He wants his hot rod back. 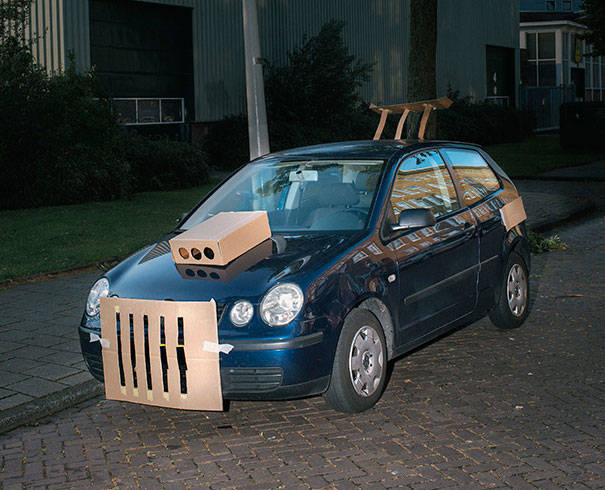 Check out more of Siedentopf's humorous work on his website. Particularly hisÂ Tiles of WisdomÂ and ingeniousÂ Multipurpose Brick. You won't regret it, trust me.