In a baby room far far away... 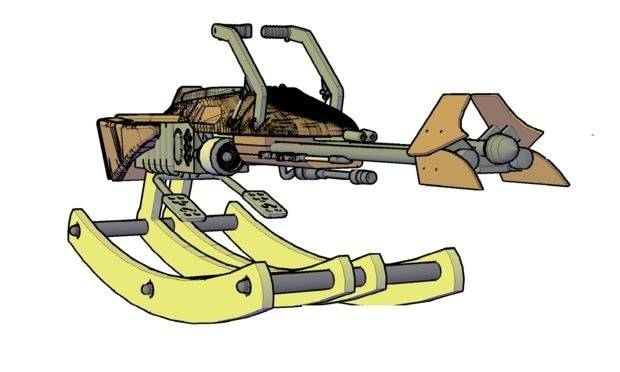 He explains on hisÂ instructables page, â€œThe facade of the speeder is based on the original concept drawing for the movie prop I found on theÂ net, while using photos of ultra high quality scale models to fill in the gaps.â€

To simplify things, he broke the whole project into three parts: the bike itself, the rocking frame, and the electronics and wiring.

So yeah, he definitely did his due diligence. And it was most certainlyÂ a labor of love.

After making sure the beauteous creation was completely safe, he considered the â€œbikeâ€ finished and ready to present to his daughter. 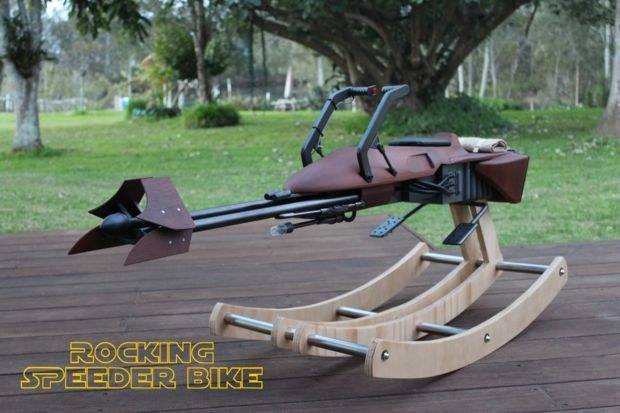 And boy, if anyone's ever rocked the Princess Leia garb/speeder combo before... 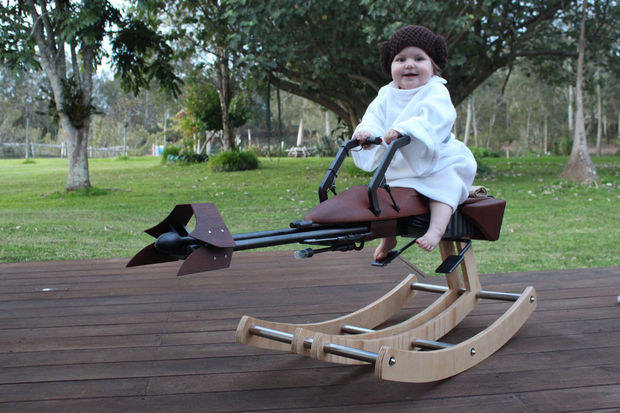 Tez Gelmer has since been nominated for 2015 "Dad of the Year." To cast your vote, visit hisÂ instructables pageÂ and blow it up with props!