This Orphaned Kangaroo And His Teddy Bear Will Steal Your Heart

Named â€œDoodlebug,â€ the eastern grey kangaroo was orphaned not long ago and was subsequently found by Besharaâ€™s mother, Gillian Abbott, in the Northern Rivers region of New South Wales, Australia.

adorable Cute Nature awww Animals Australia photos Non-Premium
While nurturing him, Abbott gave Doodlebug the stuffed bear hoping it'd lift his spirits. As you can see, he's more than just a little fond of it. 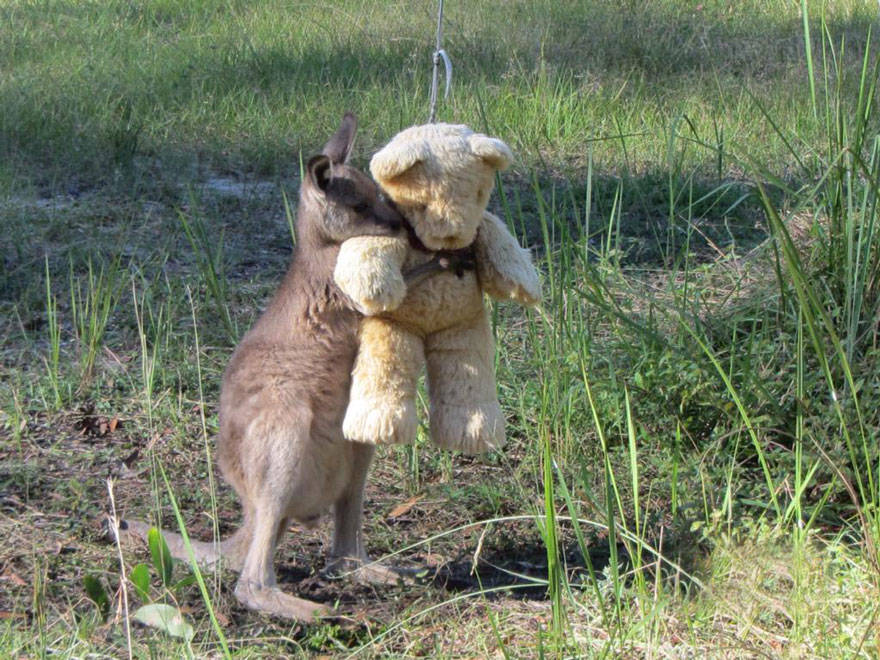 â€œHe may have fallen out of his motherâ€™s pouch or his mother may have died,â€ Beshara told theÂ Daily Mail. â€œHe was a couple of months old when he wasÂ passed onto my motherâ€™s wildlife company WIRES. She has since nursed it back to health and it is now hopping around the forest and coming back for the occasional feeding or cuddle, as the image shows.â€

â€œThey seem to respond to the toys much in the same way as a toddler. They treat it as a companion." 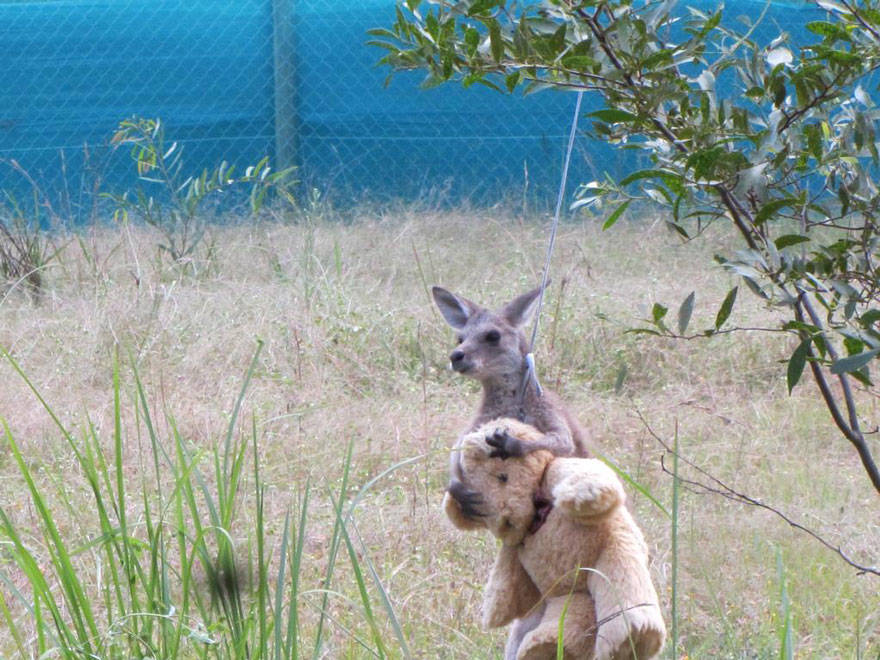 I think it's safe to say Doodlebug considers his stuffed friend a companion indeed - one that he can share as many hugs with as he wants.

Â Oh and the rope you see in the photo? It was what Abbott used initially to suspend the bear in a place that would make it visible to Doodlebug - just to clarify for all you animal lovers!