These Are The 10 Most Innovative Ways To Play Beer Pong

The rules of beer pong vary from house to house, but never before have you thought of beer pong as a whole different game like this. These are 10 untraditional styles of beer pong that are revamping the classic drinking game. 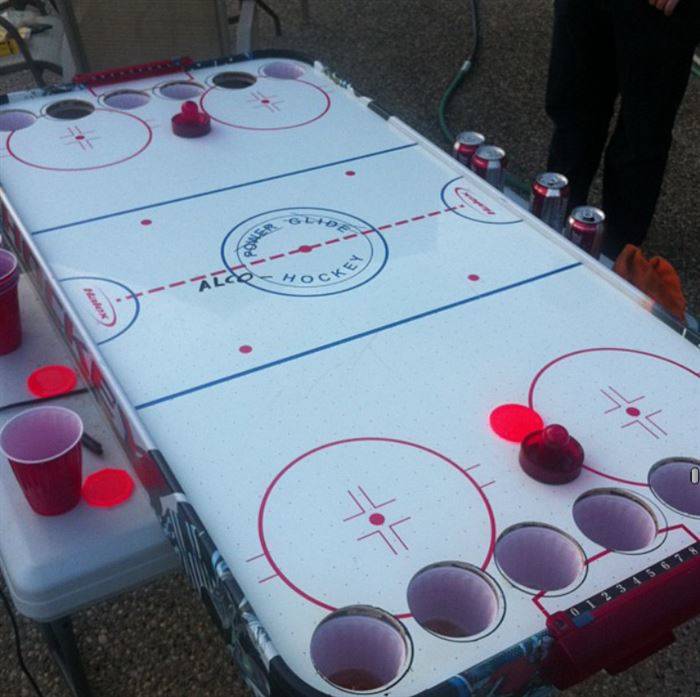 A little bit of a DIY project is in store if you want to play it this way, but getting the losing goalie to take a big shot of alcohol over and over may be worth getting out your tool set. 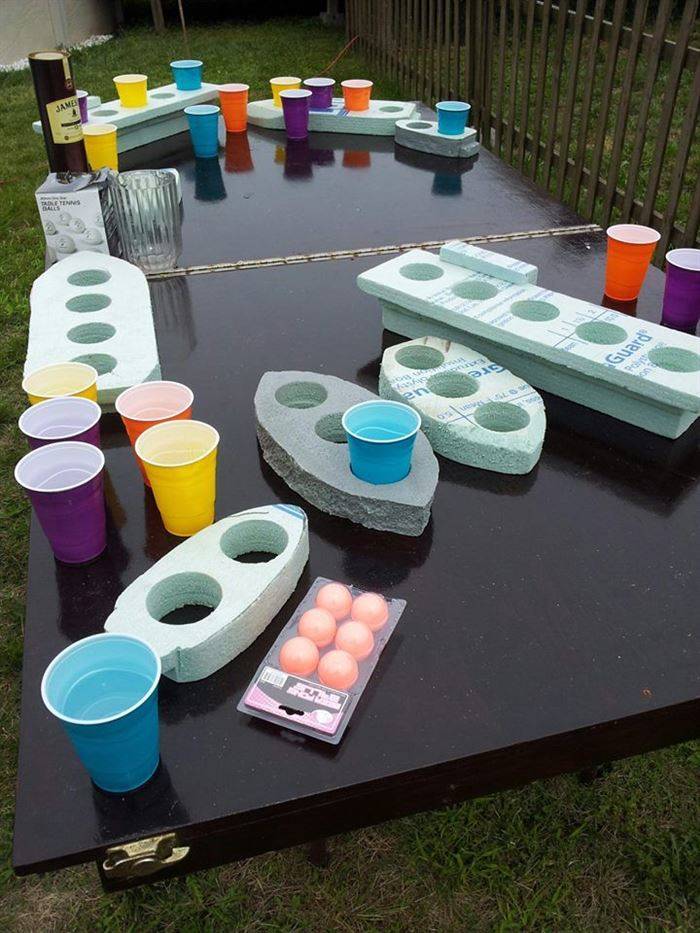 Land a pong ball in the cups for the fallen soldiers you're battling against to get highly intoxicated. 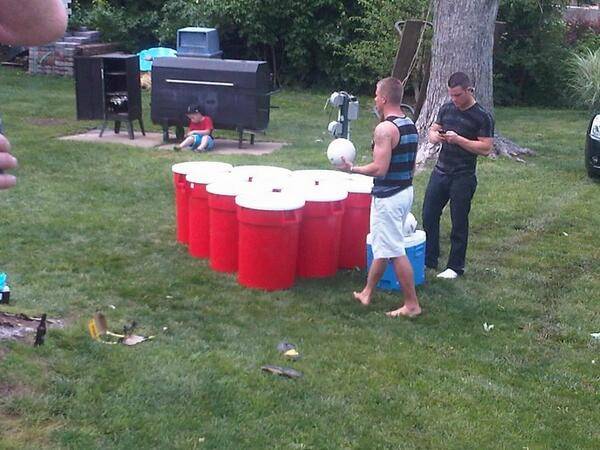 Pretty much like regular beer pong, but with giant trash cans and a volleyball. 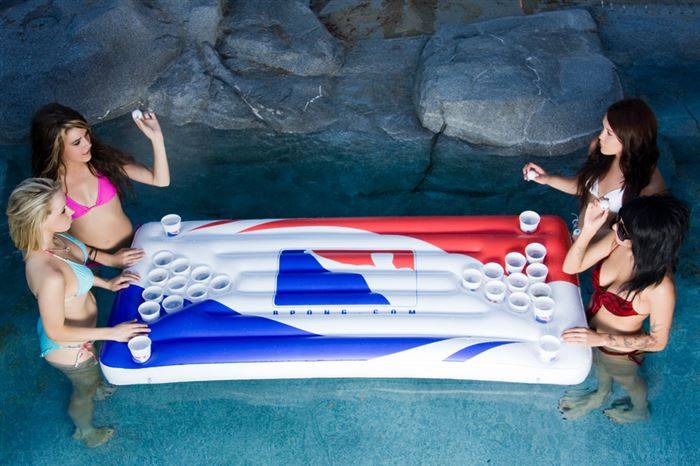 This keeps you out of the heat and in the pool. If you can't afford one of these inflatable rafts, a floating piece of plywood and cups will do. 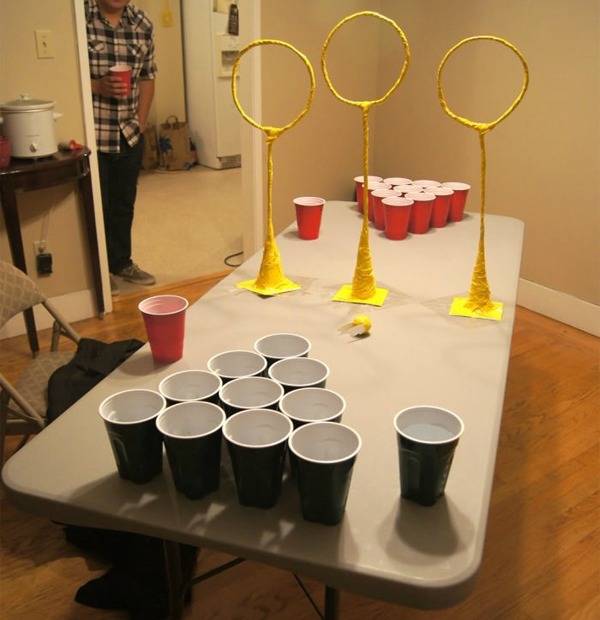 â€¢ If you can sink a cup with a ping pong ball (quaffle) through a hoop it is worth two drinks instead of one. However any shot through a hoop can be smacked away with a hand (bludger).
â€¢ When one cup remains you must use a "golden snitch" ball. We used a ball with paper wings taped to it, but you can get creative with your ball
â€¢ (Optional) The loser has to take aÂ  6. Formal Pong 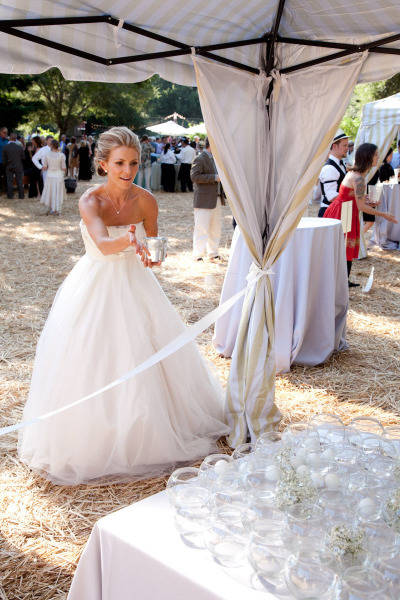 Just another excuse to get drunk at weddingsâ€“using the wine glasses in place of red solo cups. 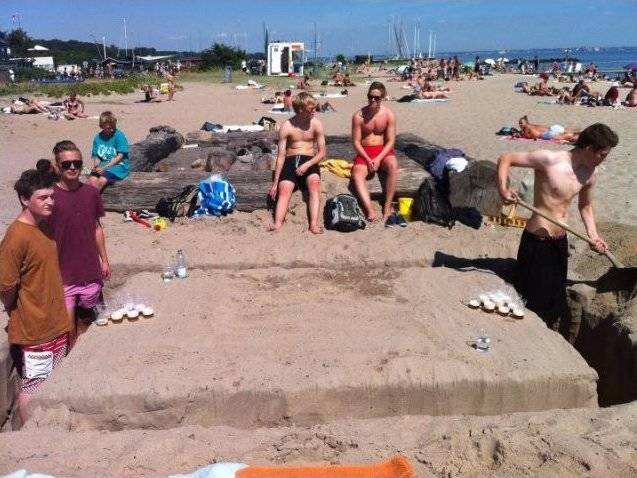 This is way more fun than building sand castles.Â 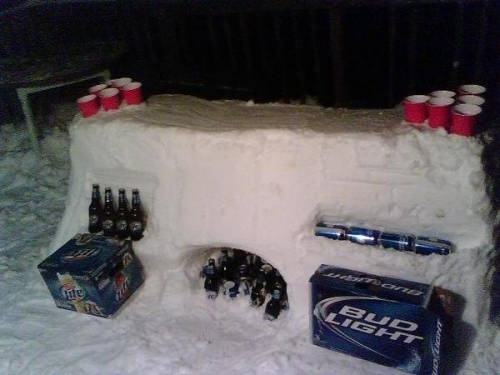 This is the best way to continue playing the game all night long. 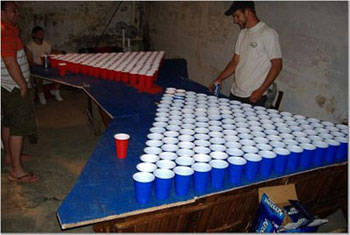 An epic advancement of the more traditional playing style.