This Mannequin Definitely Doesn't Appear to Be Fake, And It's Absolutely Terrifying

Mannequins can be scary as hell sometimes, especially the more life-like ones. Just imagine being in a Kohl's, alone, with all of the lights off but a select few. All you can make out is the dim moonlight seeping in from the entrance doors - which are locked - and the stoic mannequins, that seem to follow you with their eyes and change positions each time you look at them.

Obviously this is ludicrous to even consider. Right? Don't be too sure just yet. Â The "mannequin" at "La Popular" bridal shop in Chihuahua, Mexico, may have you second guessing yourself. 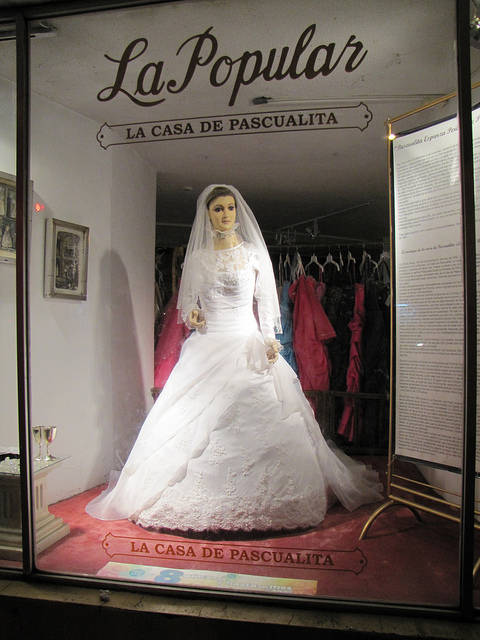 Pascualita, so the story goes, is rumored to be the original owner's once-daughter... 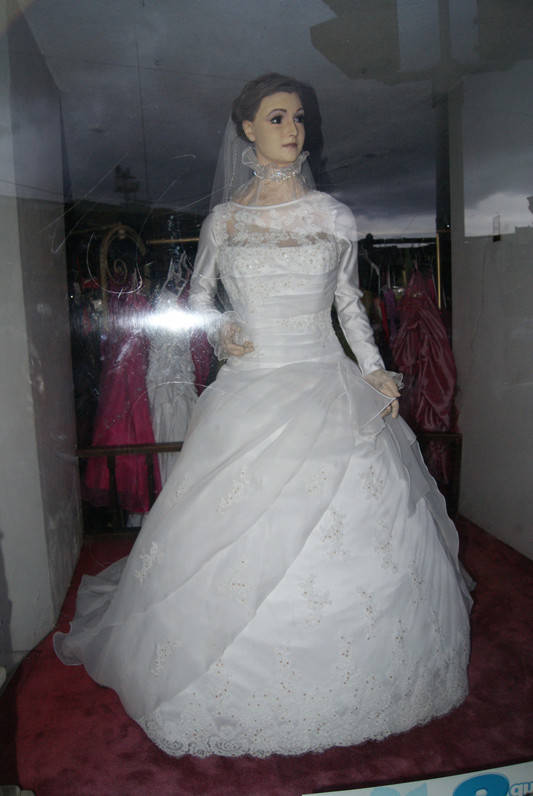 It is said though, that Pascualita died on her wedding day, of a scorpion sting.

Most of her face looks pretty artificial, except for the eyes...those look eerily real. 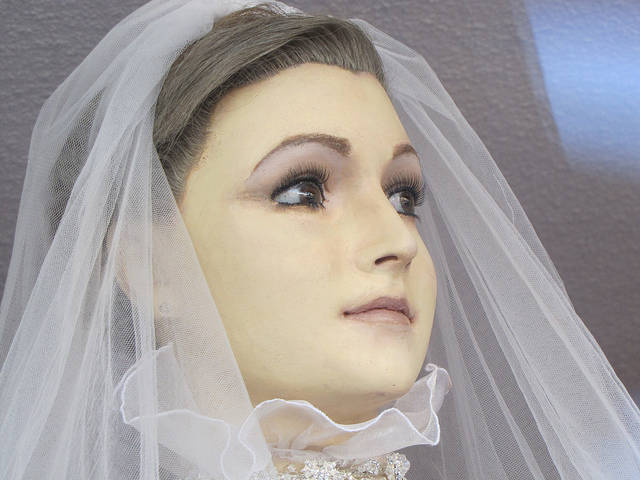 But that's not what scares people most. What does, you ask? 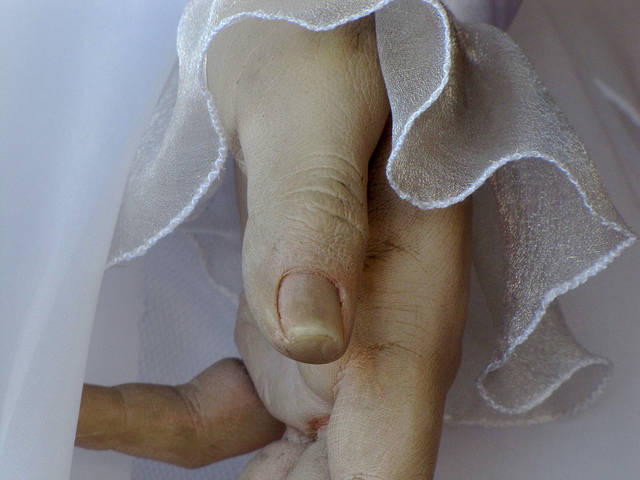 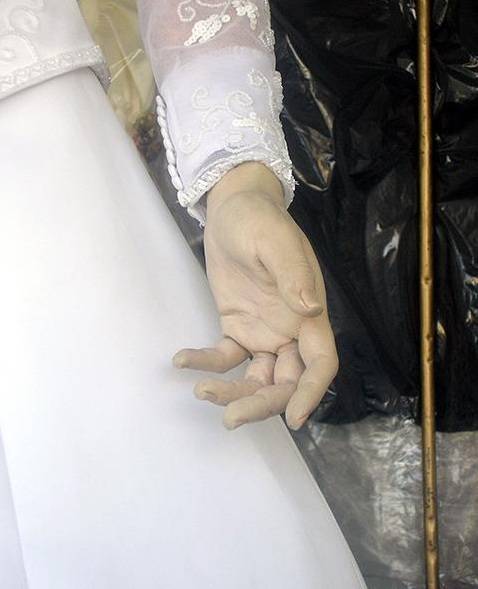 Continuing the story, after Pascualita died on her wedding day, the legend says, that her mother mummified her to preserve her unparalleled beauty, and vowed to keep her in a wedding dress as long as she could.

And as you can see, when it comes to decaying after death, our extremities are the first to go. 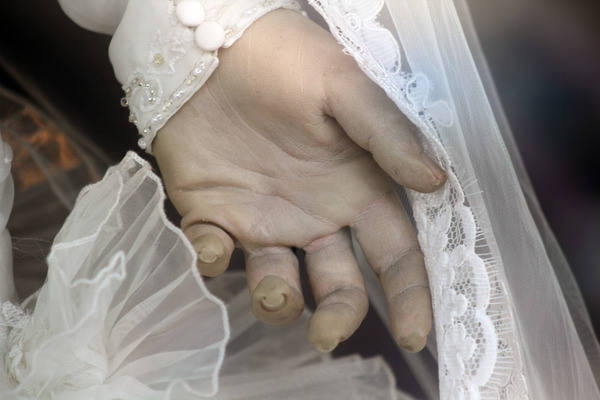 The discoloration, the tainted yellow fingernails, the rotting between the creases of her fingers, it's all pretty disturbing.

But possibly even creepier, most of the locals, who firmly believe her to be a real corpse, aren't afraid of Pascualita at all. 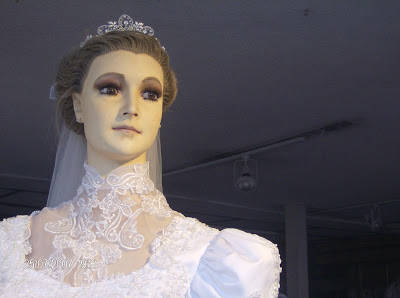 In fact, many visitors will proudly claim she smiled at them as they walked by, or that she changed positions since they last saw her. Some brides have even chosen dresses she's worn on display because they believe it to be a good omen.

Which makes absolutely no sense, because this is TRULY the stuff of nightmares. 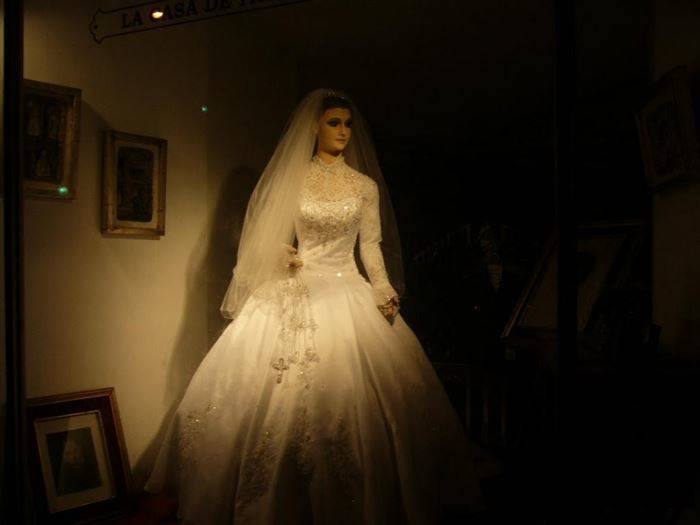 Many have even reported Pascualita following them with her eyes as they walk by...some even leave gifts or lit candles outside her display window to honor her, in the hopes of receiving her good graces.

All I have to say is, residents of Chihuahua, you may be even creepier than the corpse of Pascualita herself. And that says a lot, because she is absolutely terrifying.