Hosting a children's show that promotes learning and makes STEM seem like the most entertaining thing ever...shutting down creationist nut jobs...can Bill Nye GET any more awesome!?!

It turns out that yes, he can.Â

Science Alternative Energy Energy Industry Space Exploration Non-Premium
The Science Guy himself is spearheading a campaign to create a space craft that will be run on solar power, an absolutely revolutionary feat in the world of both space travel and solar energy. 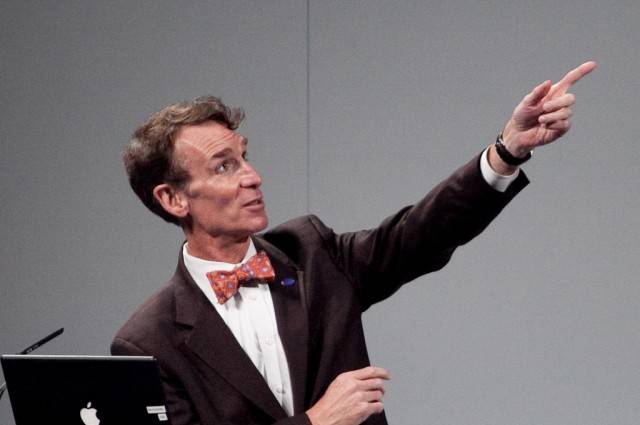 The project is called "LightSail, and it's an idea that extends back to the heyday of Carl Sagan, who championed the idea, and was one of the first people to promote a project like this.
Bill Nye has picked up the baton and has started a Kickstarter campaign to raise funds for LightSail.

The project is actually the potential product of the Planetary Society, of which Bill Nye is the CEO. The way the spacecraft (which will be small) will work is that it will use the momentum from the photons produced by sunlight to push the spacecraft into the Earth's orbit.Â

Says Nye: "We can go to the moon and beyond at very low cost!"

Make sure you check out the Kickstarter here!!!