One of the best parts of going back and watching a show you liked when you were younger is seeing all the people who had small guest staring roles before going on to huge careers of their own. Here are 18 people who did that on Gilmore Girls. 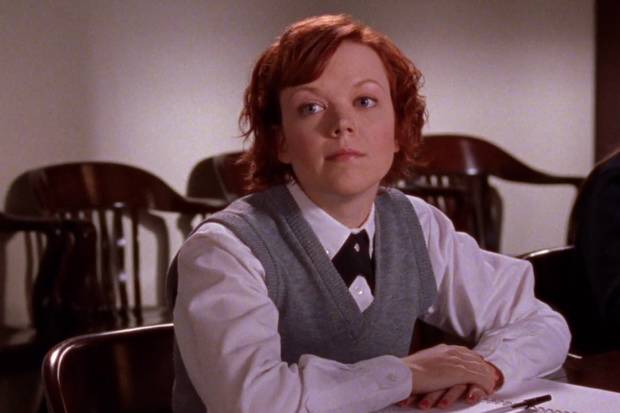 Bergl had been on TV a few times before she showed up at Chilton Academy. After her time on Gilmore Girls she went on to  have roles on Desperate Housewives, Southland and is currently starring in Shameless as Sammi.

The first role Victoria Justice ever had was on Gilmore Girls as a young girl at a party catered by Lorelai and Sookie. 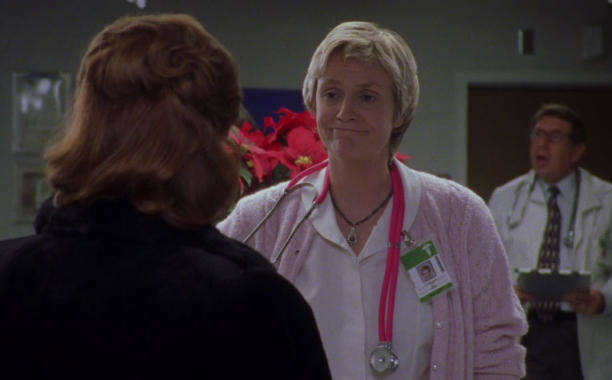 Jane Lynch appeared on Gilmore Girls as a nurse that Emily Gilmore gets increasingly angrier at when Richard is in the hospital. Her appearance was the same year as rockumentary Best in Show. 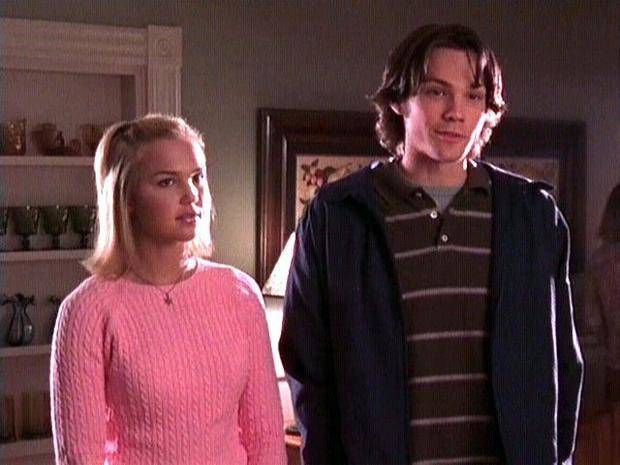 Arielle Kebbel was in season four and five of Gilmore Girls as Lindsay, who ended up dating and marrying Rory's ex-boyfriend Dean. 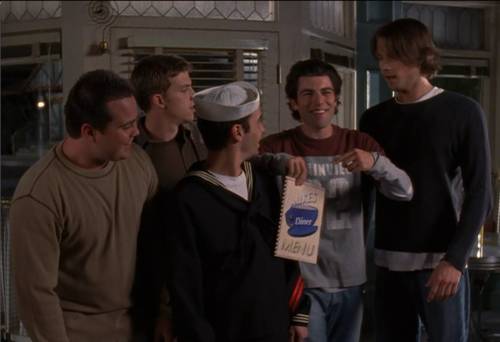 Before he was Schmidt on New Girl along with Zooey Deschanel, he played another Lucas who went to Dean's bachelor party and wanted to start a club with Luke for guys named Luke. 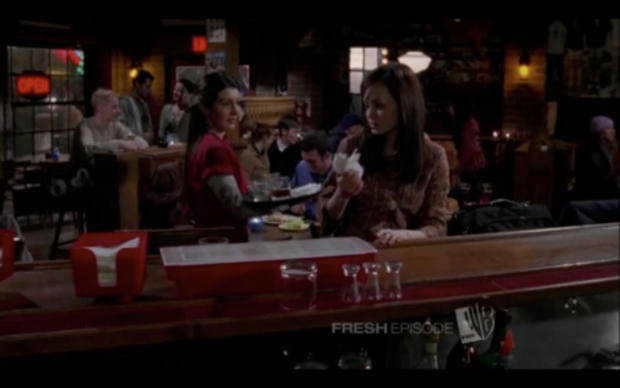 Before landing at SNL, Nasim Pedrad played a waitress at the bar where a drunk Rory decided to drown her sorrows.

Masi Oka, known for his roles of Hiro on Heroes and Dr. Max Bergman in Hawaii Five-0, once played a student in a philosophy class Rory snuck into when she was visiting Harvard. 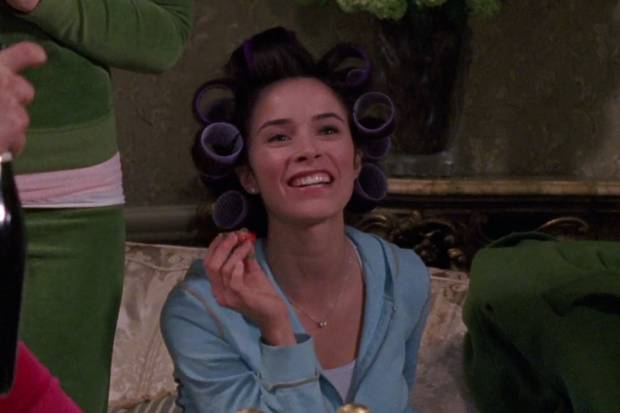 Spencer was already well known in the soap world for a part on All My Children before she played a bridesmaid of Honor Huntzberger. 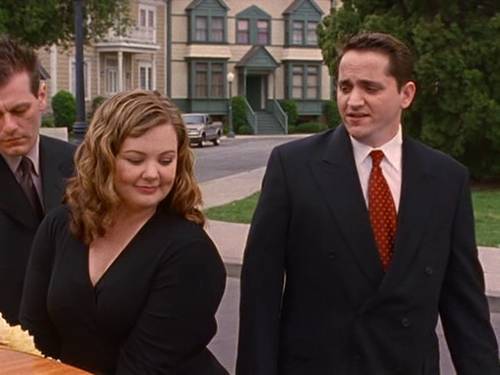 Before going on to work with his wife Melissa McCarthy on Bridesmaids and Tammy, Ben Falcone played the executor of Fran's will in season three.

Seth McFarlane was already known behind the camera when he played Zach, a fellow business school grad of Lorelai's, which was his first on camera role. 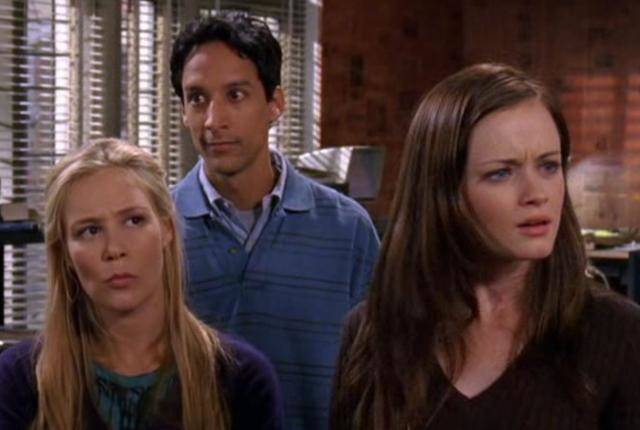 Before he played half of "Troy and Abed in the Morning" on Community, Dani Pudi played a member of the Yale Daily News named Raj for four episodes. 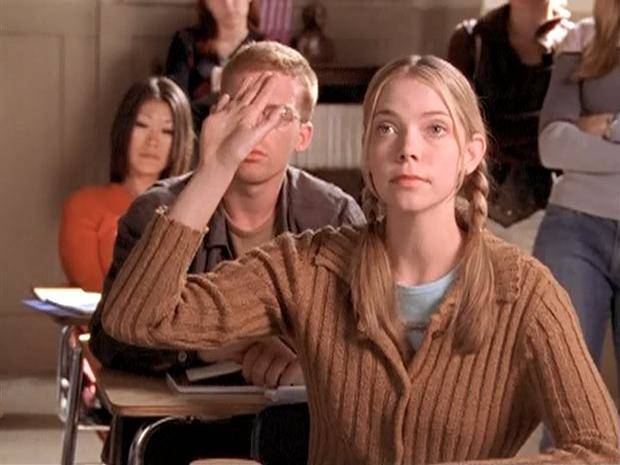 Lindhome is most well known now as half of the singing duo Garfunkel and Oates, but she played two roles on Gilmore Girls. First she was a student at Stars Hallow High where Lorelai was speaking, and then later on she played a member of the Life and Death Brigade.

Chad Michael Murray was fairly unknown when he first appeared on Gilmore Girls. He left the show to appear on Dawson's Creek and then went on to star in six seasons of One Tree Hill. 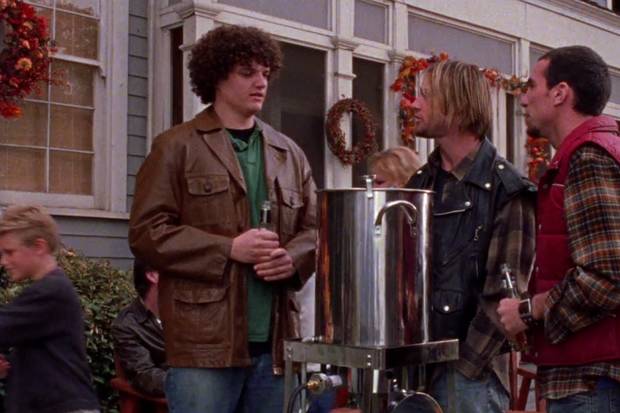 Before he helped bought drugs from Jesse Pinkman on Breaking Bad, Matt Jones helped Jackson deep fry a turkey for Thanksgiving. That episode was in 2002, and Jones didn't have another role on TV until 2008. 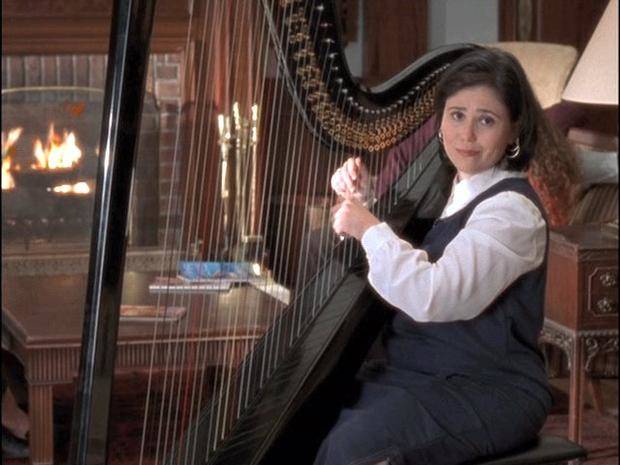 Borstein was originally cast as Sookie but had to leave the show due to scheduling issues with MADtv. She was able to come back to play three different roles. She was the harpist that played at the Independence Inn in season one. She later played Emily's stylist and provided a voice for a character in an episode of season three.

It's hard to believe, but apparently Jon Hamm is a horrible date, or at least the character he played in Gilmore Girls, Peyton Sanders was. He met Lorelai at an auction in season three. 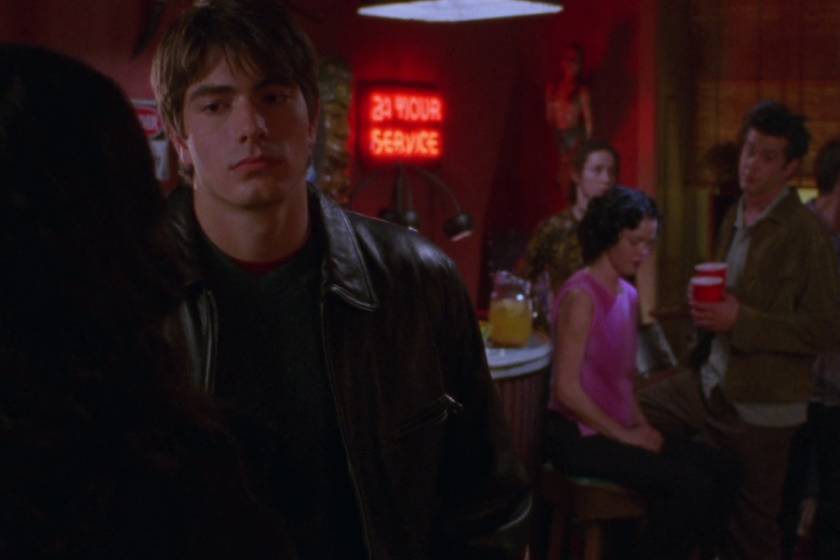 Brandon Routh was the original bad boy Jess of Gilmore Girls. In an episode from season one he convinced Madeline and Louise to ditch the Bangles concert they were at, as well as Rory, Paris, Sookie and Lorelai.