22 Breaking Bad Facts Not Even The Biggest Fans Know...These Are Crazy!

Breaking Bad has been hailed as one of the best (in some cases, the absolute best) television shows of all time. People all over the world became obsessed with the lives of Walter and Jesse and all of the other incredible characters.

But what people may not have realized were all of the crazy things happening behind the scenes. So we've compiled a list that will probably just make you love the show even more. Happy reading...bitch. 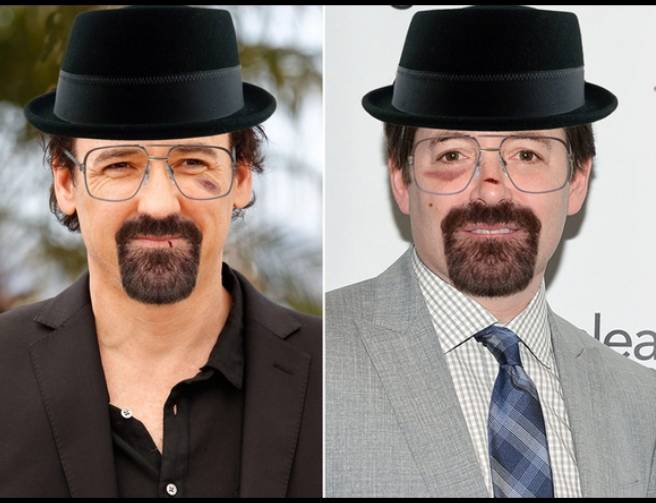 2. When Bryan Cranston had to throw the pizza onto Walt's roof, he nailed it in just one take. 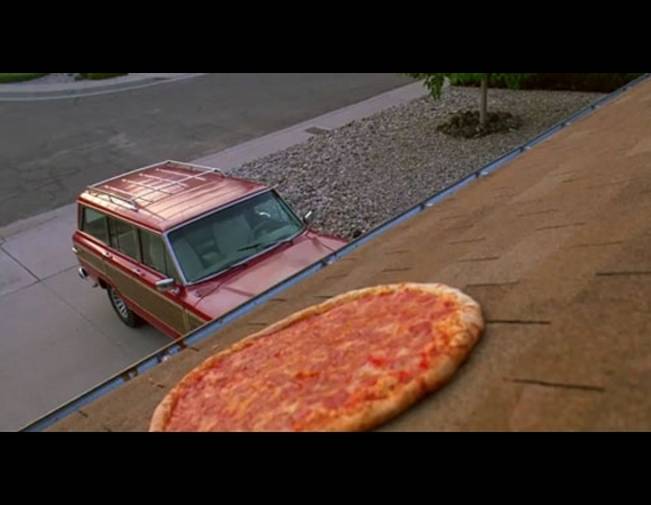 If Bryan Cranston wasn't already the coolest man alive, he just sealed the deal.
3. The actor who played Walt Jr., R.J. Mitte, has cerebral palsy, but his condition is not as severe in real life as that of Walt Jr. 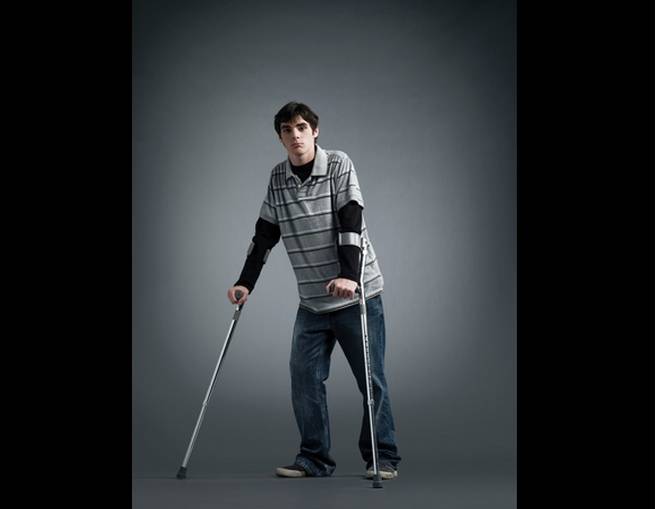 4. Aaron Paul spent hours with addicts and ex-addicts when researching the role of Jesse. He said it enabled him to see a very different side of people. 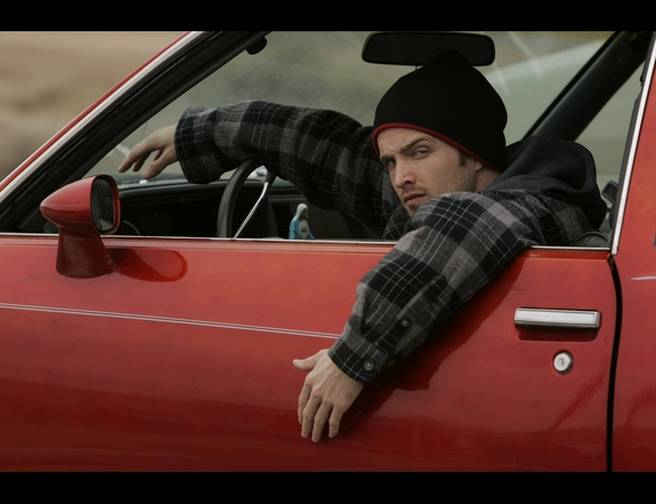 5. Showtime, TNT, Fox and HBO all turned down the script for Breaking Bad. 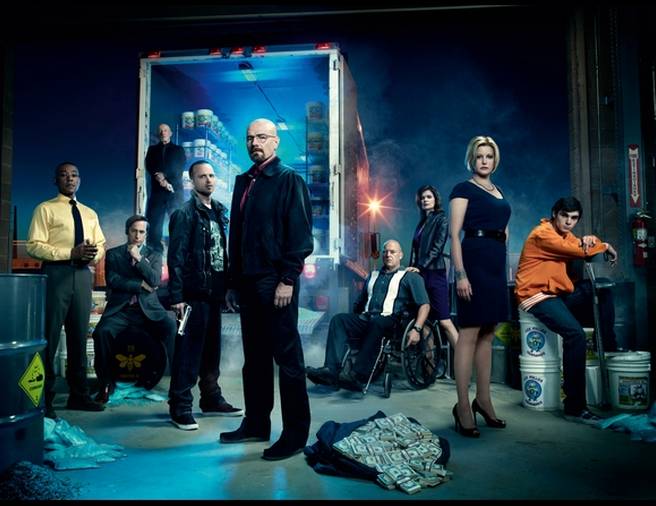 AMC got a BIG win there!
6. Gus Fring is a Spanish speaker on the show, but actor Giancarlo Esposito is actually Italian. 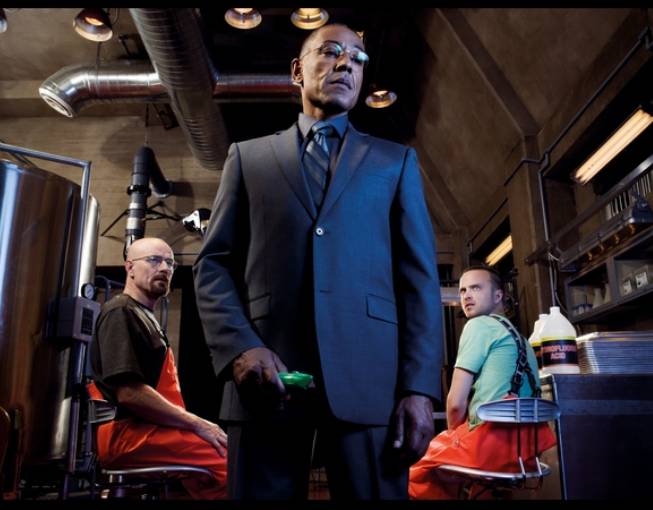 7. Jesse was supposed to die at the end of season 1, but Vince Gilligan was so impressed by Aaron Paul's performance he couldn't let his character go. 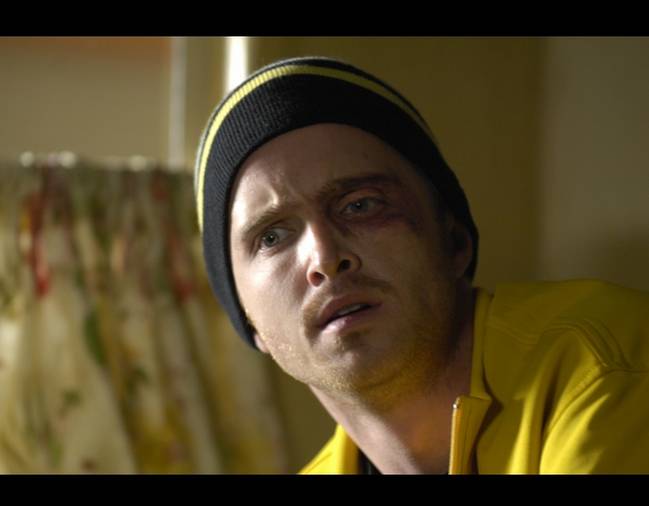 8. Anna Gunn, who played Skyler White, was sick with a strange illness while filming Breaking Bad. 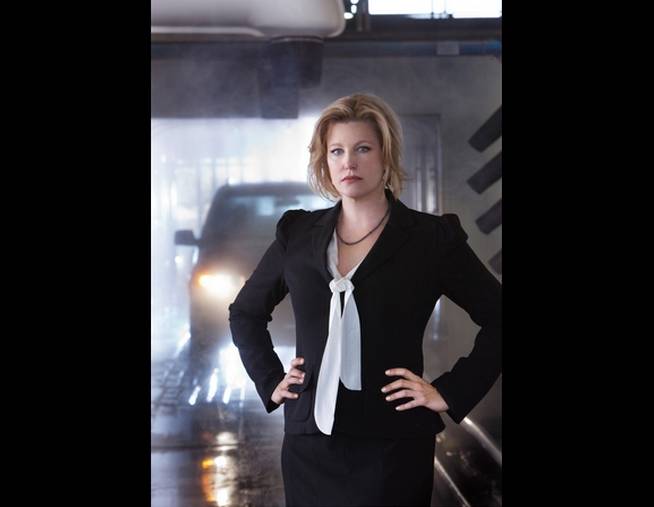 9. Though in the final version of the show Walt killed Jane by accident, and just opted not to save her, in the script he choked her much more directly. 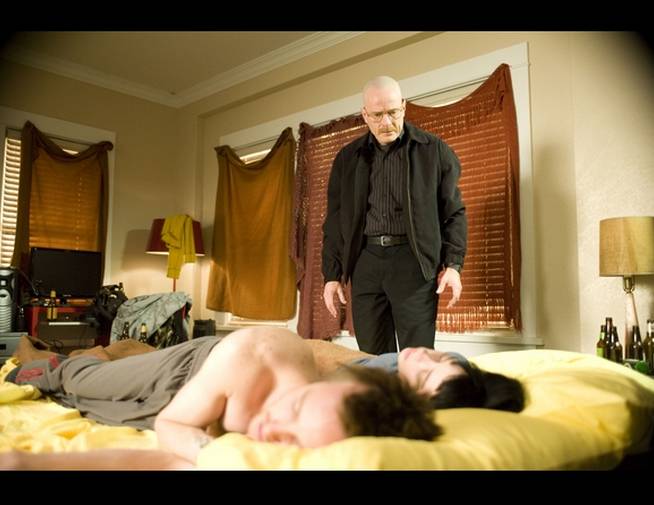 10. Season 3 was supposed to have a different "big bad," but Gus became the major bad guy after people realized how great the chemistry was between him and the other actors. 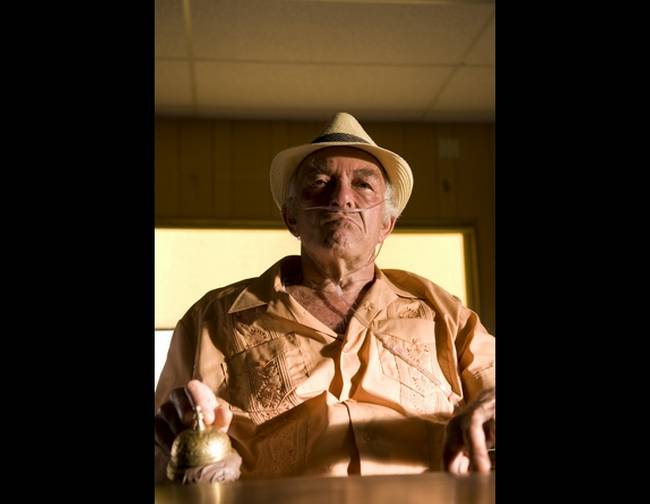 11. During a fight scene between Jesse and Tuco, Aaron Paul ended up getting a concussion while filming. 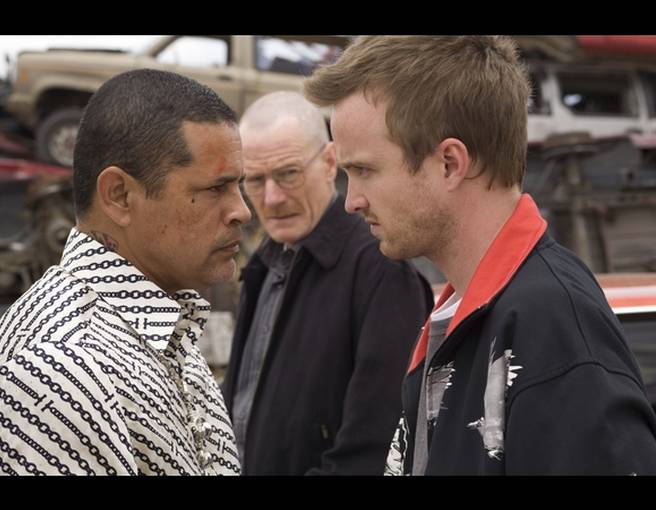 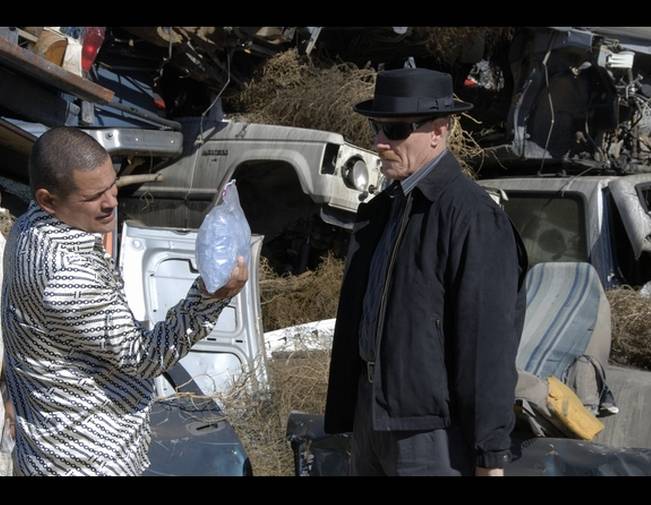 13. "Los Pollos Hermanos" was not an actual place. It was a transformed Twisters restaurant. 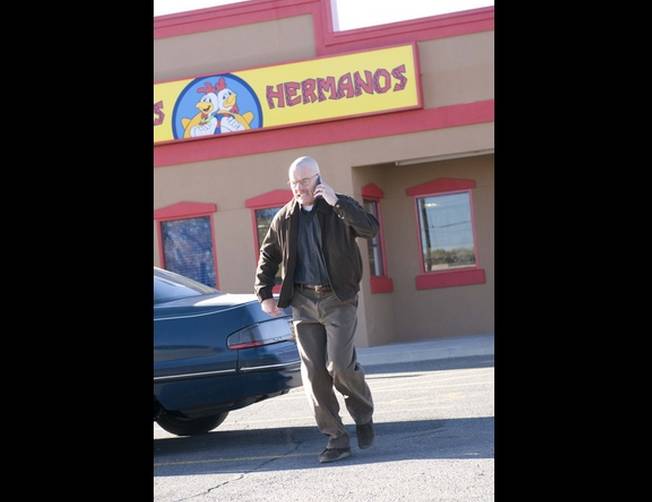 14. Walter and Jesse's beloved "Blue Sky" made an appearance in an episode of Walking Dead, pictured here. 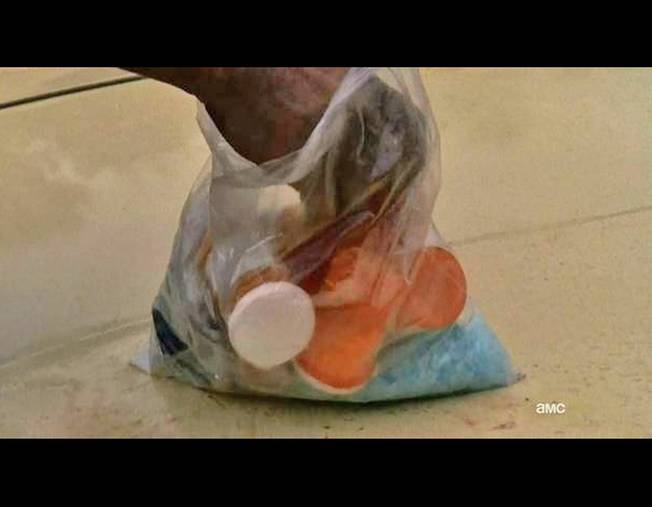 15. Walt's affinity to tighty-whities was all Bryan Cranston's idea. He wanted Walt's choice in underwear to be "the most pathetic thing." 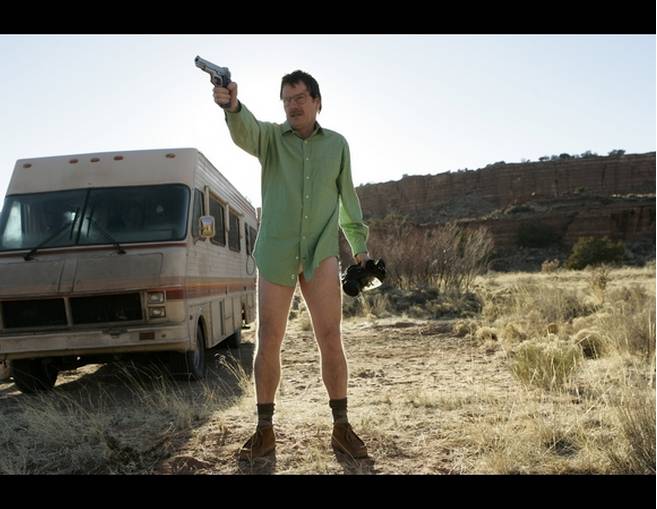 16. Dean Norris asked to be killed off towards the end of the show so that he could concentrate on another project, but Vince Gilligan begged him to stay. 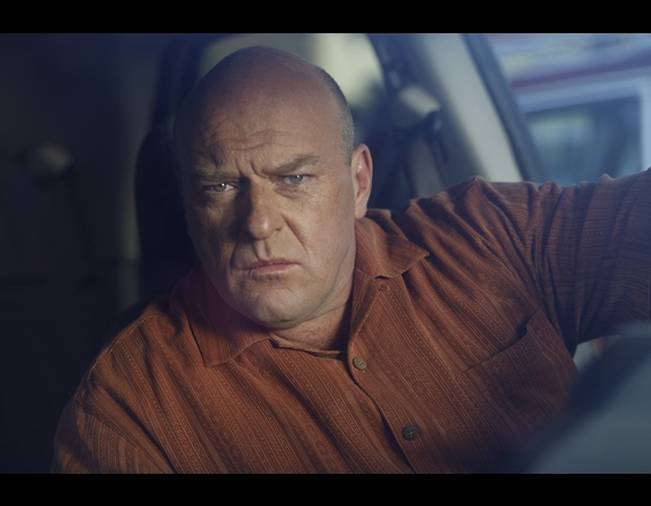 17. On the last day of shooting, Bryan Cranston stripped down and walked around set nude. 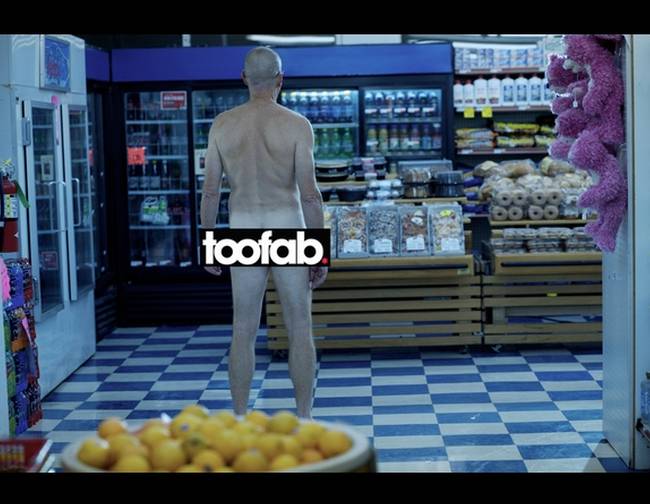 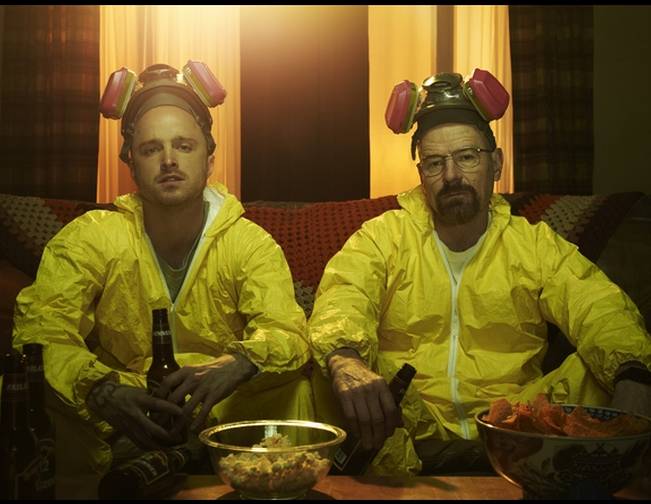 He has even reported that Cranston once sprayed him with a dildo-shaped squirt gun...WOW.
19. Mike Ehrmantraut had a much smaller part, but was given a greater role when another actor was unavailable to work. 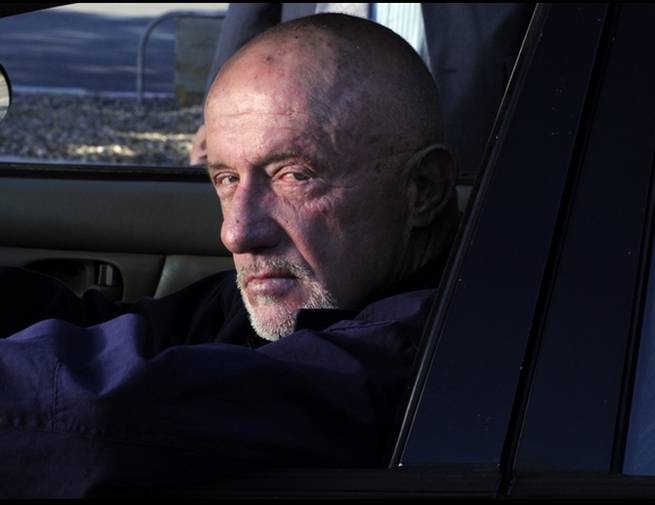 20. The show only moved to New Mexico to take advantage of the tax rebate for television production. It was originally going to take place in California. 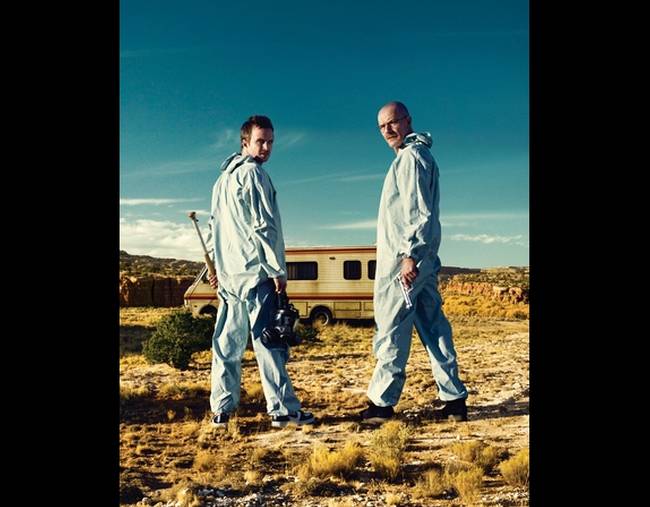 21. Just about every fan will recognize the flashback scene from the "Ozymandias" episode, but many don't know that this was the last scene ever shot. 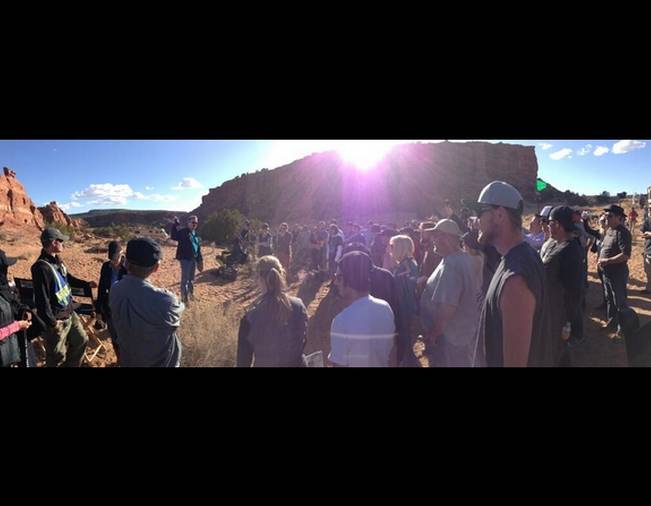 Vince Gilligan is toasting the crew in this shot.
22. Bryan Cranston had the show's logo tattooed onto his finger. 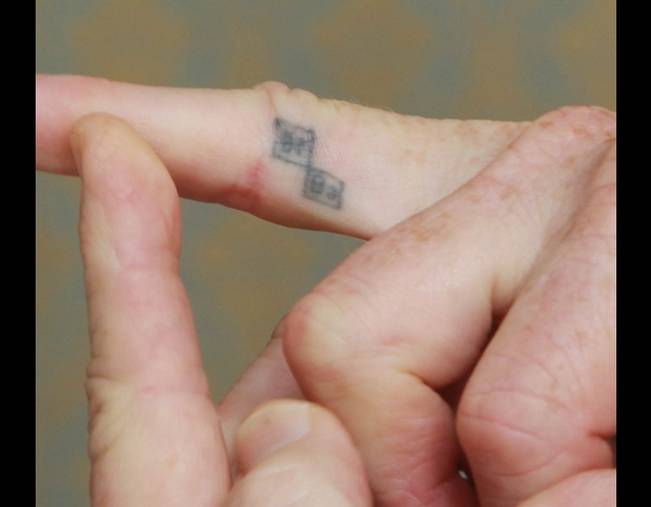 Said Cranston: "Every once in a while I catch a glimpse of it and I see that logo from 'Breaking Bad' and it makes me smile."