7 Types Of Guys In Rom-Coms Who Don't Exist IRL

I've already helpfully taxonomized the types of women who exist only in romantic comedies. Herewith, I present the men who are nothing more than the elaborate creations of production companies and scriptwriters. 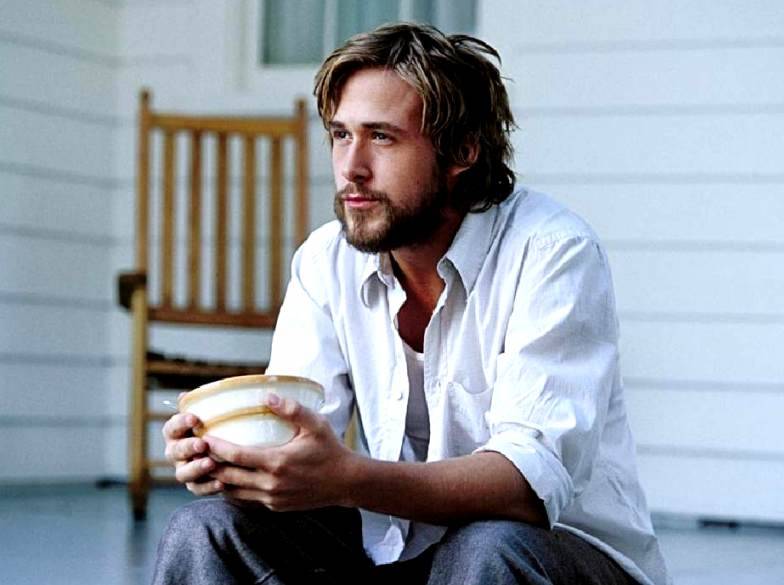 Examples: Ryan Gosling in "The Notebook," Ben Stiller in "There's Something About Mary," Joseph Gordon-Levitt in "10 Things I Hate About You"

The hopeless romantic lives and breathes your love and has no goals in life other than you. That's A LOT of pressure on the relationship.

I don't care what anyone says—if a guy writes you 365 letters after you break up, run away and get a restraining order. Unless he's as hot as Ryan Gosling.

If a guy hires another dude to date your sister, à la JGL's character in "10 Things," run away and get a restraining order. No matter how hot he is.

2. The broke, sensitive artist who awakens your soul 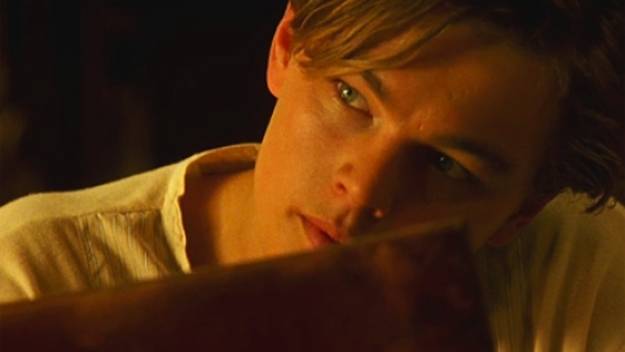 Oh, how I wish this guy existed. He would write me songs and draw pictures of me all day while I admired his chiseled body and beautiful eyes. Unfortch, the sensitive artists I've come across are actually conceited AF and take themselves way too seriously to care about anyone but themselves. #DreamsCrushed 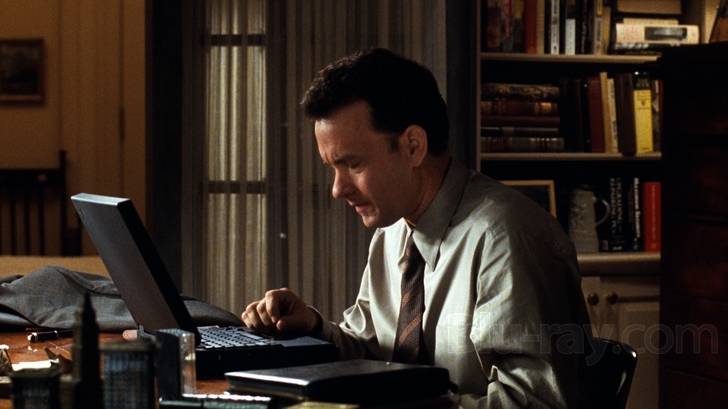 Examples: Tom Hanks in "You've Got Mail" and "Sleepless in Seattle," Chad Michael Murray in "A Cinderella Story" (& kind of a stretch: Joaquin Phoenix in "Her")

If I met a seemingly-perfect stranger online, I would probably think I was being catfished. In most cases, Tom Hanks isn't waiting on the other side of the computer. If he was, though, I would totally follow him to the ends of the earth—or at least to the top of the Empire State Building.

4. The rebel with the surprisingly sensitive heart 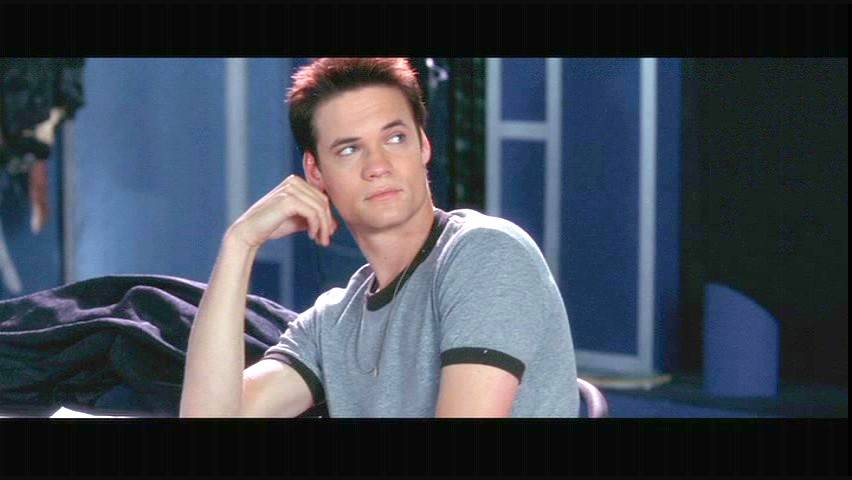 Examples: Shane West in "A Walk to Remember," Freddie Prinze Jr. in "She's All That," Ryan Gosling in "Crazy, Stupid, Love," Heath Ledger in "10 Things I Hate About You"

Give. Me. A. Break (you can keep the Kit Kat bar, though). I hate cliches, but I really believe in the old saying: "Once a cheater/player, always a cheater/player." You cannot change someone. I'm all about falling in love with someone unexpected and embracing your differences, but that doesn't mean you can change the other person—because more often than not, he'll fall right back into old habits. Sure, you can argue that he's emotionally broken and you "get" him, but don't ever use that as an excuse to let someone play you.

Sucks that the players are always the hot ones though, right? 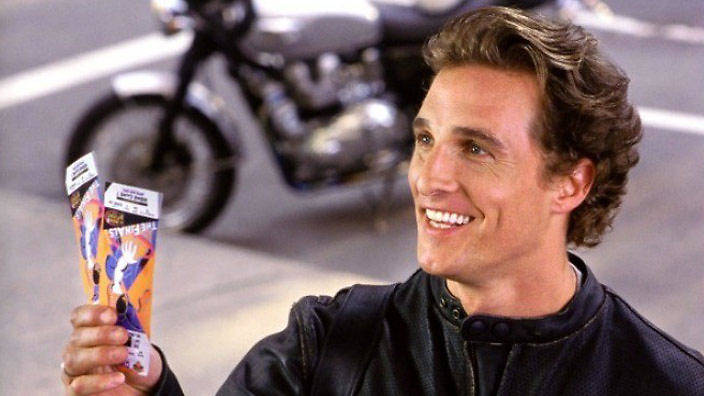 Examples: Matthew McConaughey in "How to Lose a Guy in 10 Days," Hugh Grant in "Bridget Jones's Diary"

This guy is different from the bad-boy player because he's not as brooding and sensitive - he just has an enormous ego and thinks he's the shit. However, in the movies he usually holds down a high-powered job that's all fun and games until he meets "the one." Then, he's willing to drive through traffic on his motorcycle at an ungodly speed to chase her down and tell her he loves her. Totally realistic, ya know?! 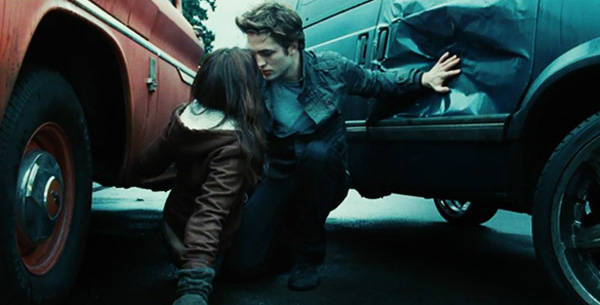 My eighth-grade heart would shatter into pieces if someone told me that Edward Cullen does not exist. What's not to love about a sparkly vampire who saves you from all your clumsy falls (lol!) and even your life sometimes?! In "Pretty Woman," it's a different scenario—Julia Roberts never asks to be saved but Richard Gere decides to keep her in his hotel room and buy her a new wardrobe of fancy clothes so she can become ~better~. In "The Proposal," Sandra Bullock's character is supposed to be the tough one, but somehow she ends up begging for the help of a man who casually decides he'll marry her to just, ya know, help a girl out!

7. The offbeat weirdo/slacker who turns out to be a catch 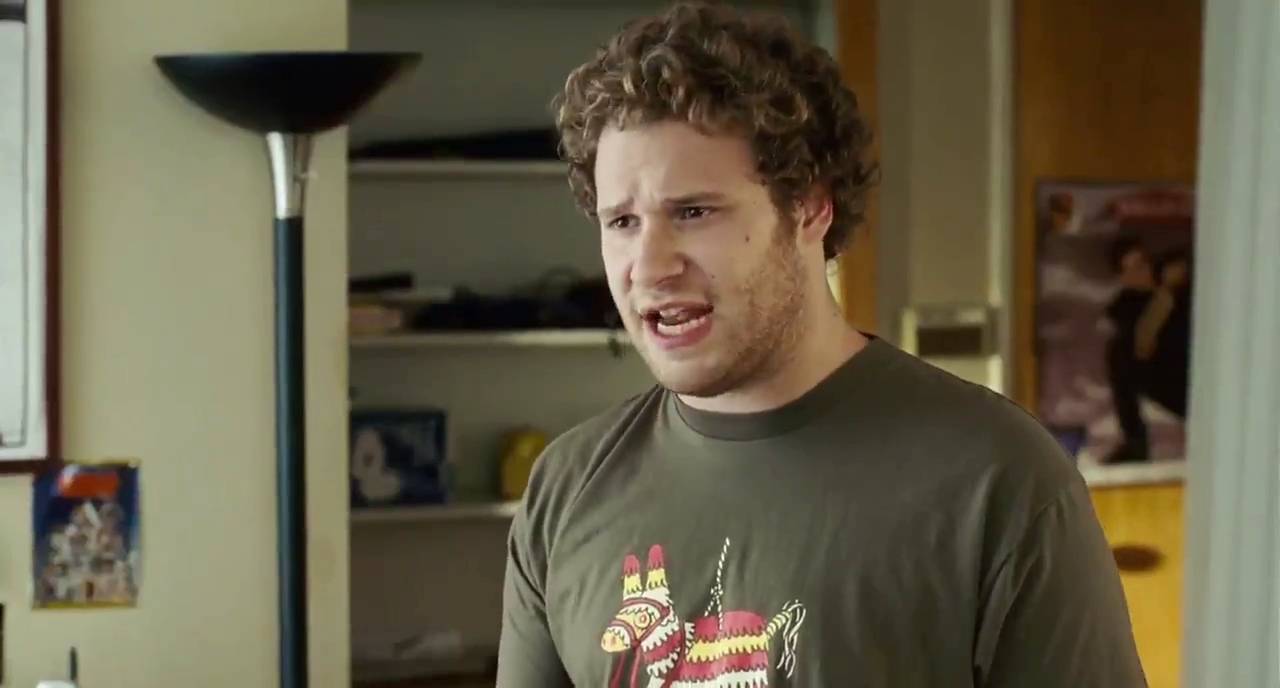 This guy is a stoner/slacker who really doesn't have much motivation in life. He becomes one of your allies or you accidentally get pregnant with his baby after a silly one-night stand and you have to deal with him. But as you get to know him, you find out that he's actually a loving person who supports you and you can really be yourself around him!

Yeah, usually IRL the slackers are just slackers. You love them (or not) for who they are.